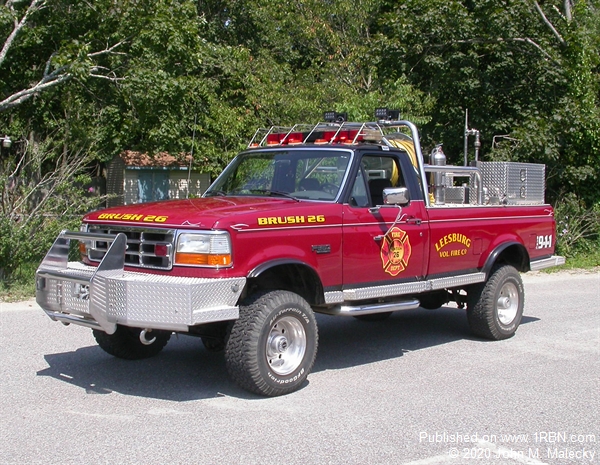 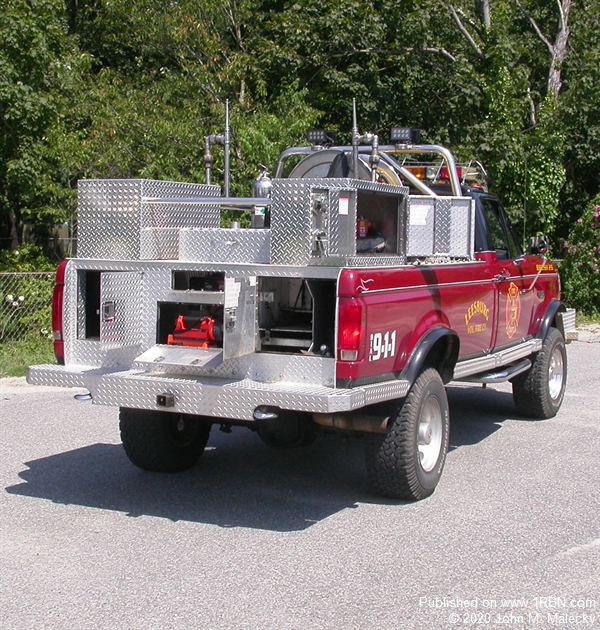 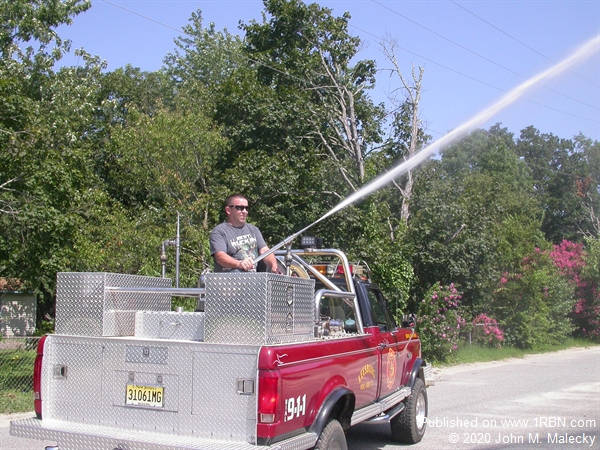 Photo by John M. MaleckyLeesburg chief demonstrates operation of one of the whip line nozzles which is fed directly from the pump.


This month we feature Brush 26 from the Leesburg Volunteer Fire Department in Maurice River Township ( Cumberland County.) This truck formerly served with Chews Landing and according to the Leesburg chief the conversion was done by Chews so the truck is exactly as it was there with no additional; modifications. It is a 1992 Ford F-350, 4 x 4 with a 150 gpm pump and 250 gallon water tank. It has a 2 ½-inch tank fill. One unique feature is the setup for the whip lines. I have seen many whip lines in my travels but this one actually does not have a hose feeding the nozzles. There are two smooth bore guns that are fed directly through the pump. The chief demonstrates the effect of them in one of the photos. Features and equipment include a chair for the nozzle operation, a 2 ½ ton winch, chain saw, 1000 feet of forestry hose, hand fire extinguishers, AED, suction machine, BLS kit, Steamlight and Rigid spotlights.