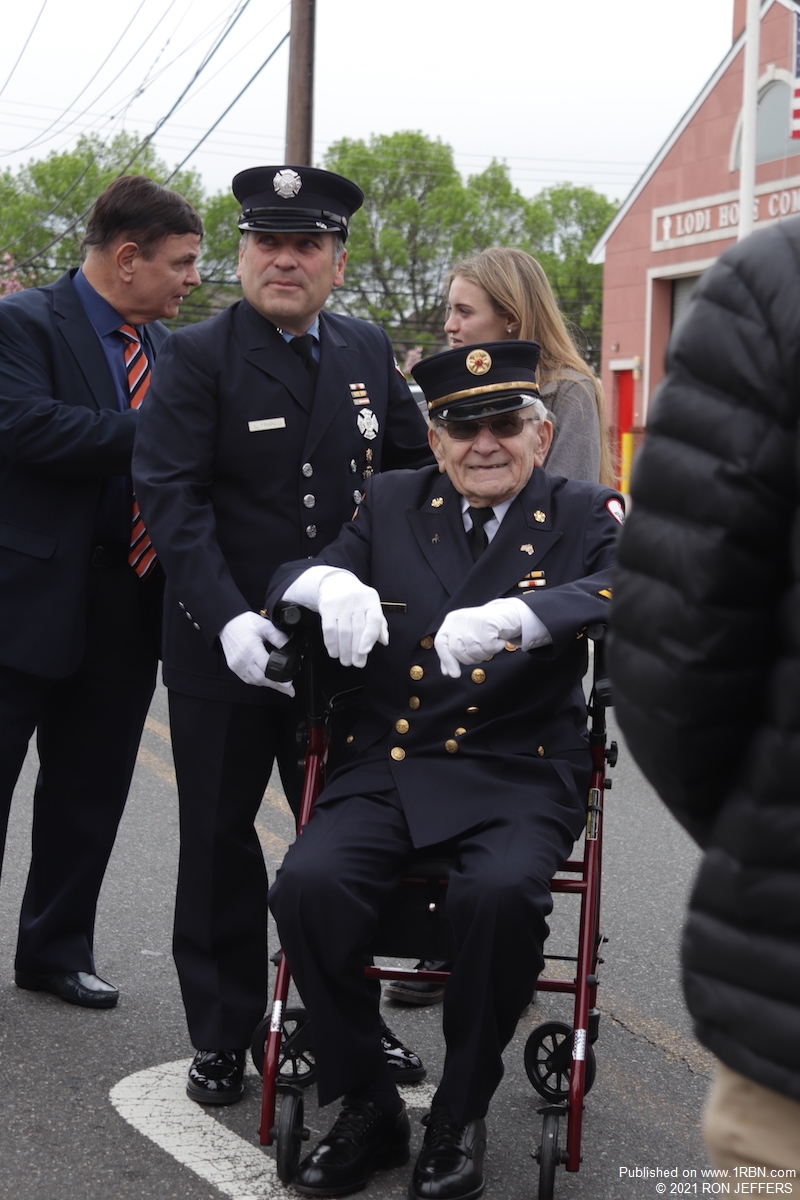 Photo by RON JEFFERSLodi Ex-Chief Lou Franco, Sr., at the 2019 ceremony re-naming the street in front of Company 2 as "Lou Franco Sr. Drive."

Former Lodi Fire Chief Louis Franco, Sr., 93, passed away in August. Franco was a charter member of Hose Co. 2 and an active member for 73-years.

Chief Franco held every office and rank. He served as Chief of Department in 1967.

In addition, in years past, Franco served as president of the Fireman's Relief Association and the New Jersey State Exempt Fireman's Association. He was also a member of the South Bergen Chief's Association, and he served as a parishioner of St. Joseph R.C. Church.

On April 28th, 2019, the Borough of Lodi honored Franco with a street sign in front of Company 2's firehouse: “Lou Franco Sr. Drive.”

Franco was responsible for creating a memorial for past members located at the rear of the firehouse.

Firefighters said Chief Franco was a person who could turn his collar around and be a priest to members.