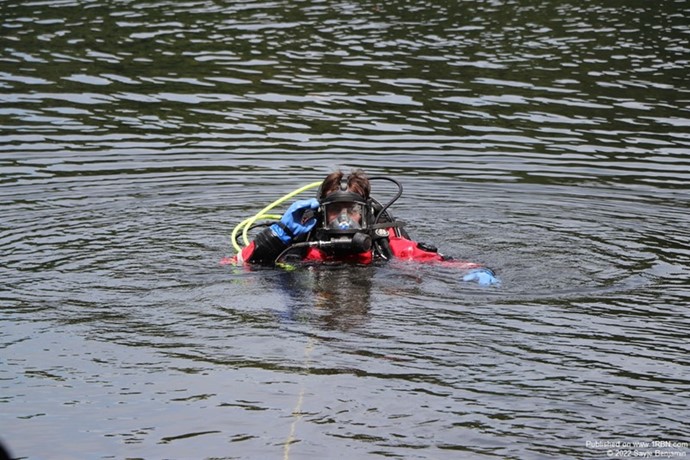 Photo by Sayje BenjaminFirefighter Richard Bassett prepares to take a dive into the lake. 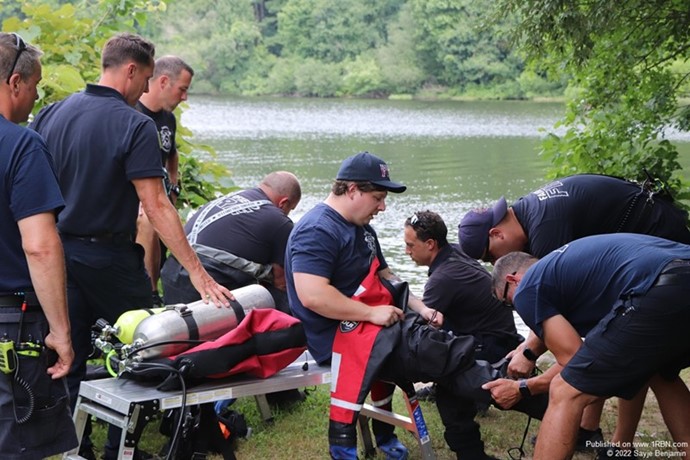 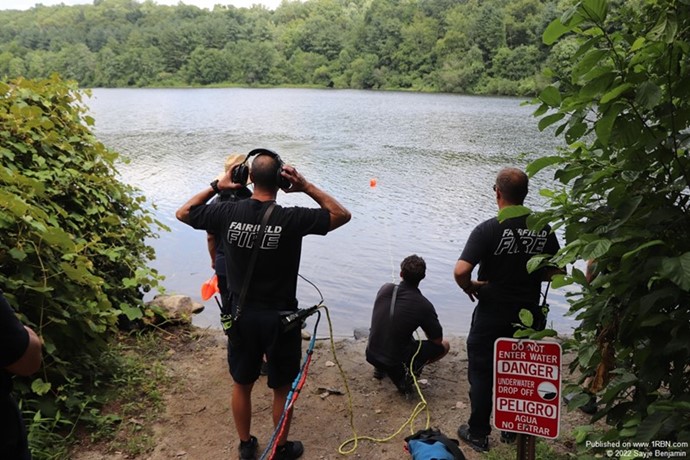 Photo by Sayje BenjaminFirefighters tested a new communication system with the divers that also acts as a rope. 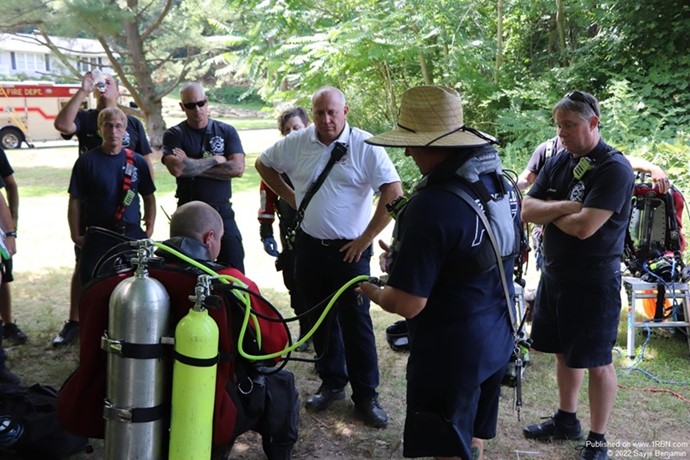 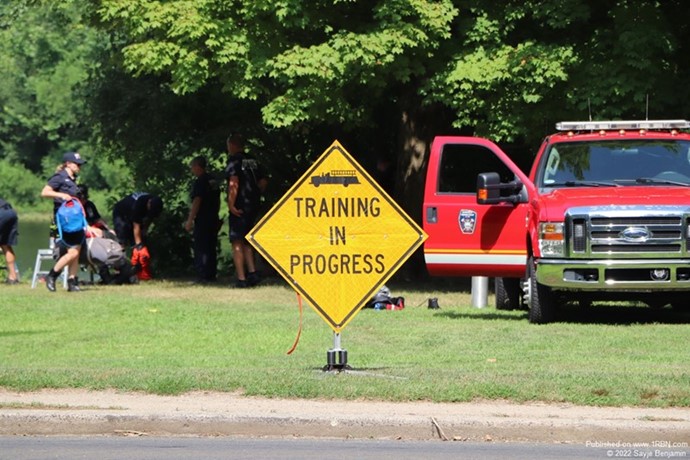 On July 28th, Fairfield FD D-Platoon trained at Lake Mohegan as part of continuing education for the department's new dive team. Under the instruction of LT. Justin Greenhaw, the divers, Firefighters Richard Bassett, Chris Eidam and Justin Crawford, entered the water and practiced different search patterns and surveyed the bottom of the lake. The firefighters on land were instructed on the new communications system being used by the divers and how to properly tender to them. The department was split into 2 groups to keep units available; the first group consisted of Engines 2 and 5, with Ladder 2 and Rescue 1. The second group consisted of Engines 1, 3 and 4 with Rescue 1. The Fairfield Fire Dive team planned to hold a small training again in August with a full team training planned for September.