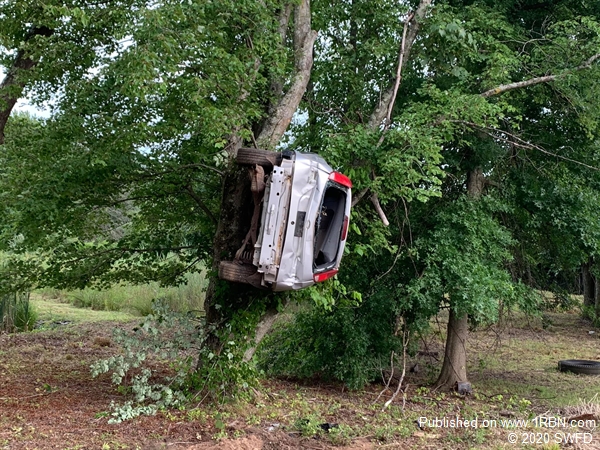 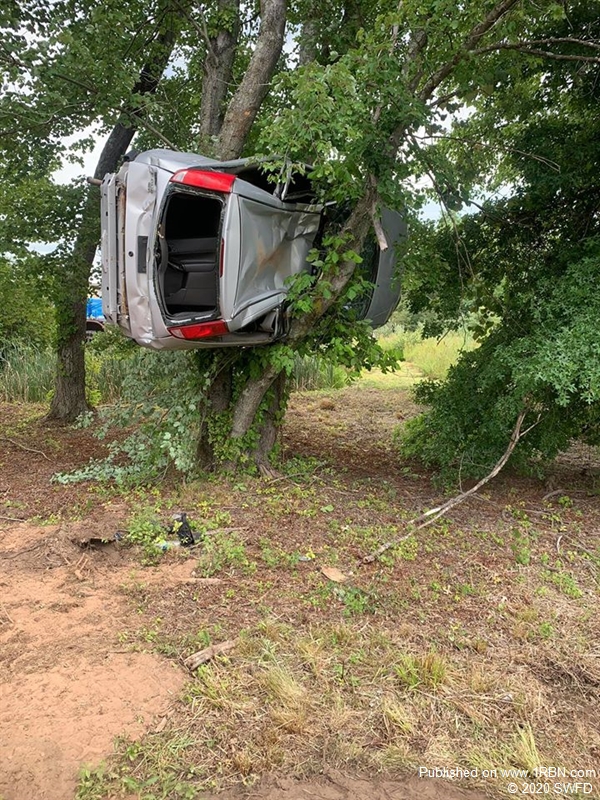 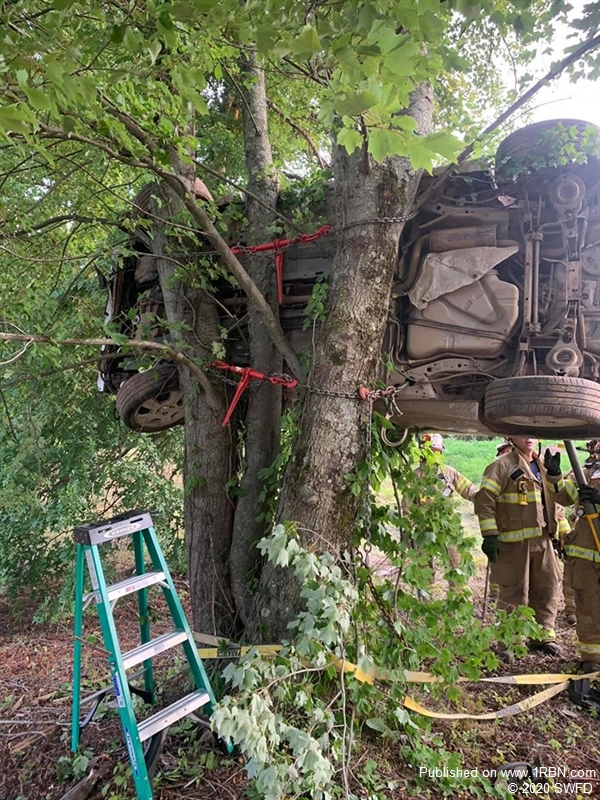 Photo by SWFDStabilizing the car to the tree 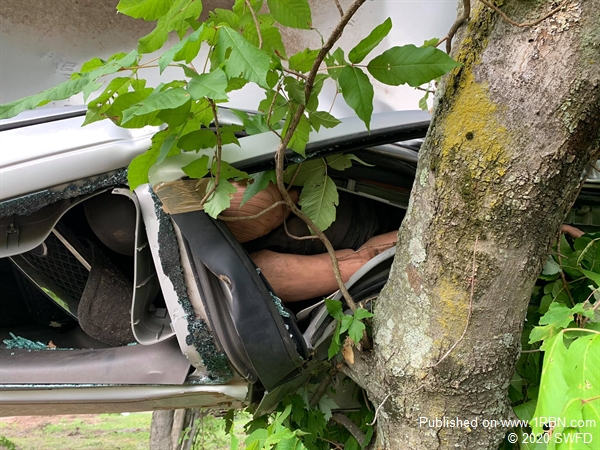 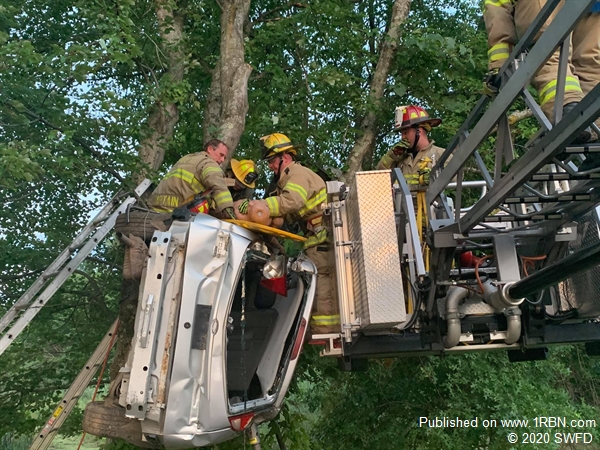 Photo by SWFDAssisted with the aerial tower 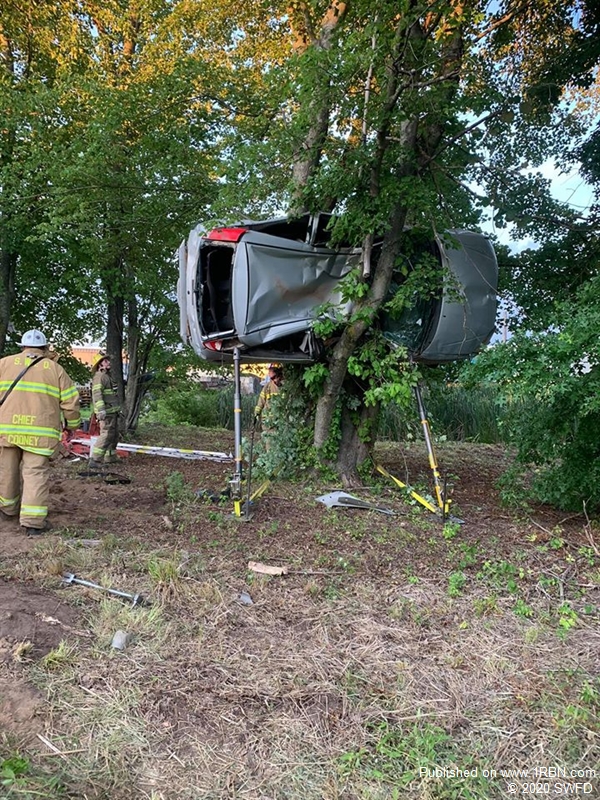 The South Windsor (CT) Fire Department is an all volunteer Fire Department that prides itself on professionalism and dedication - especially when it come to Training our members. In addition to traditional fire related training, the Department also spends a great deal of time training members of the Department's 'Rescue Squad" which are members from each of the three companies. Recently, the Training Division lead by Deputy Chief Tim Papp and Captain Jared Pelletier set up a 'think outside the box' training exercise for the members of the Rescue Squad. The following 'social media' quote/post by Captain Pelletier is shared with permission;

Another night; another training session. For those who aren’t familiar, the South Windsor Fire Department has members who test for and get appointed to the department’s Rescue Squad; a special hazards/technical rescue division of the Department. The Squad trains on machinery rescue, high and low angle rope rescue, cold water/ice rescue, lifting/stabilization, and more.
Vehicle extrication is another one of those disciplines, and training on removing patients from heavily-damaged vehicles is a common drill for them. With that said, vehicles involved in accidents don’t always end up on all four wheels. Oftentimes they’re on two wheels, or the roof. Sometimes, they’re not even on the ground.
The training division, along with the help of FF Jay Murtha, was able to give the Squad a run for their money tonight. The drill simulated a high-speed accident involving a vehicle going airborne and getting lodged in a tree - about seven feet off the ground. If you think this is crazy, just go to Google and type in “vehicle stuck in tree”; it’s happened.
The crew assessed the scene and made quick work of the situation. Both “victims” were safely and efficiently removed; and they’re ready for whatever is thrown at them next.