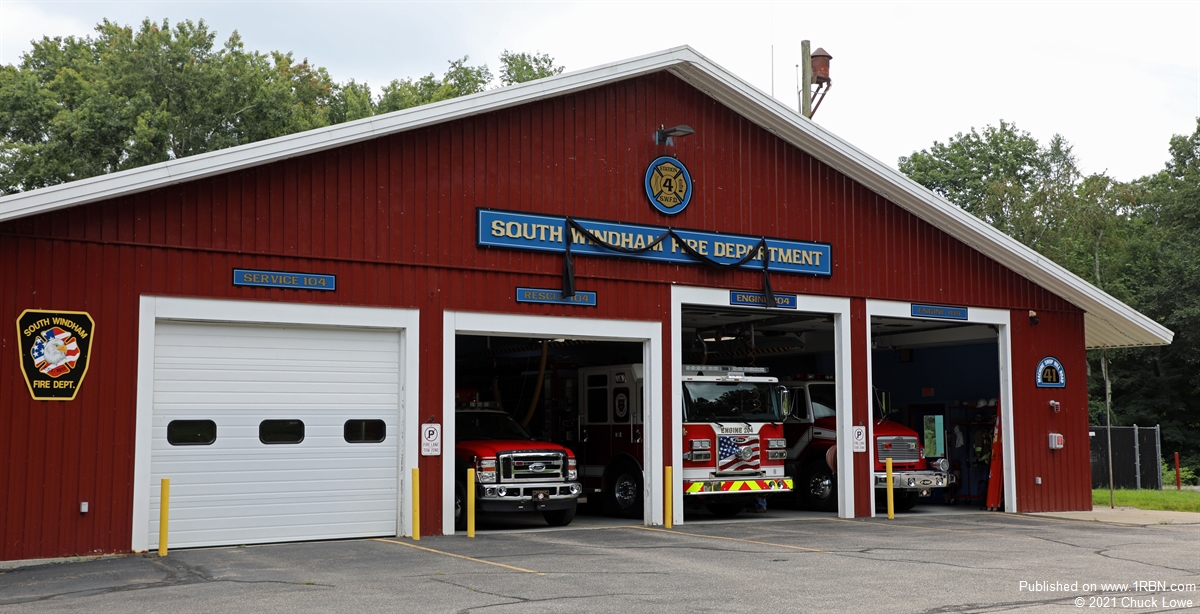 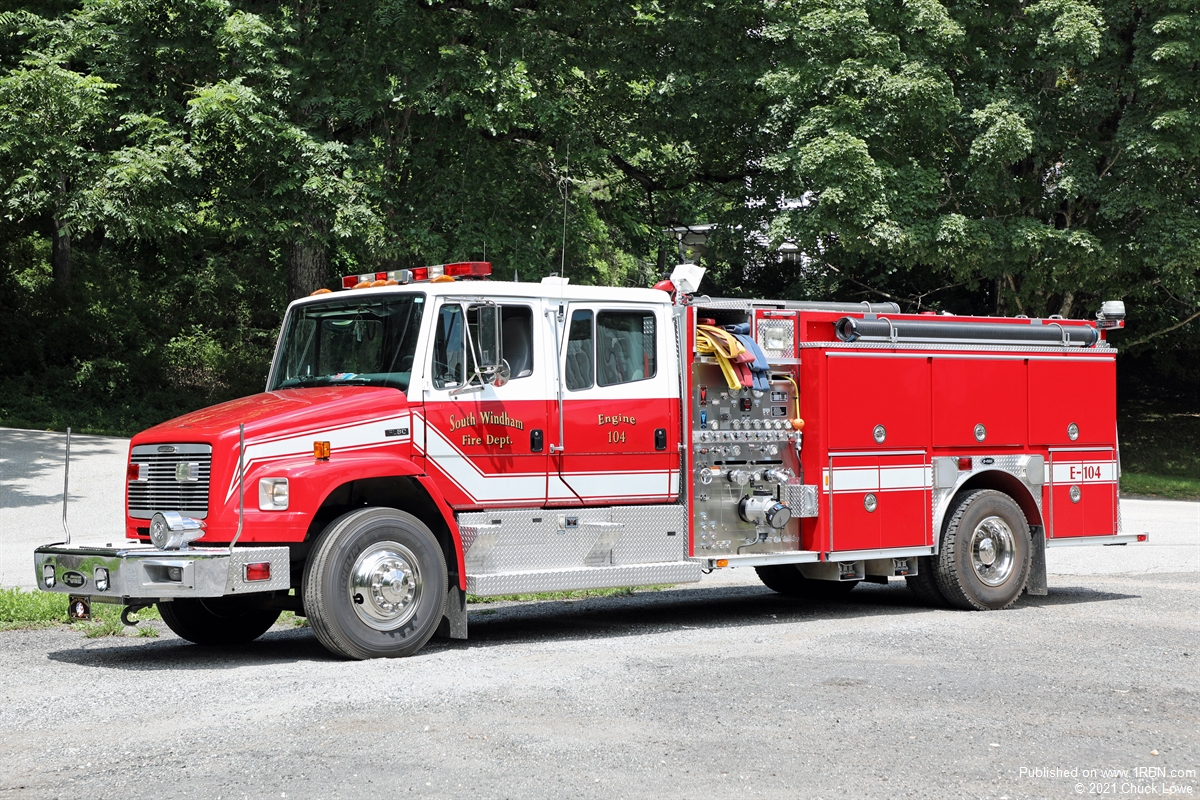 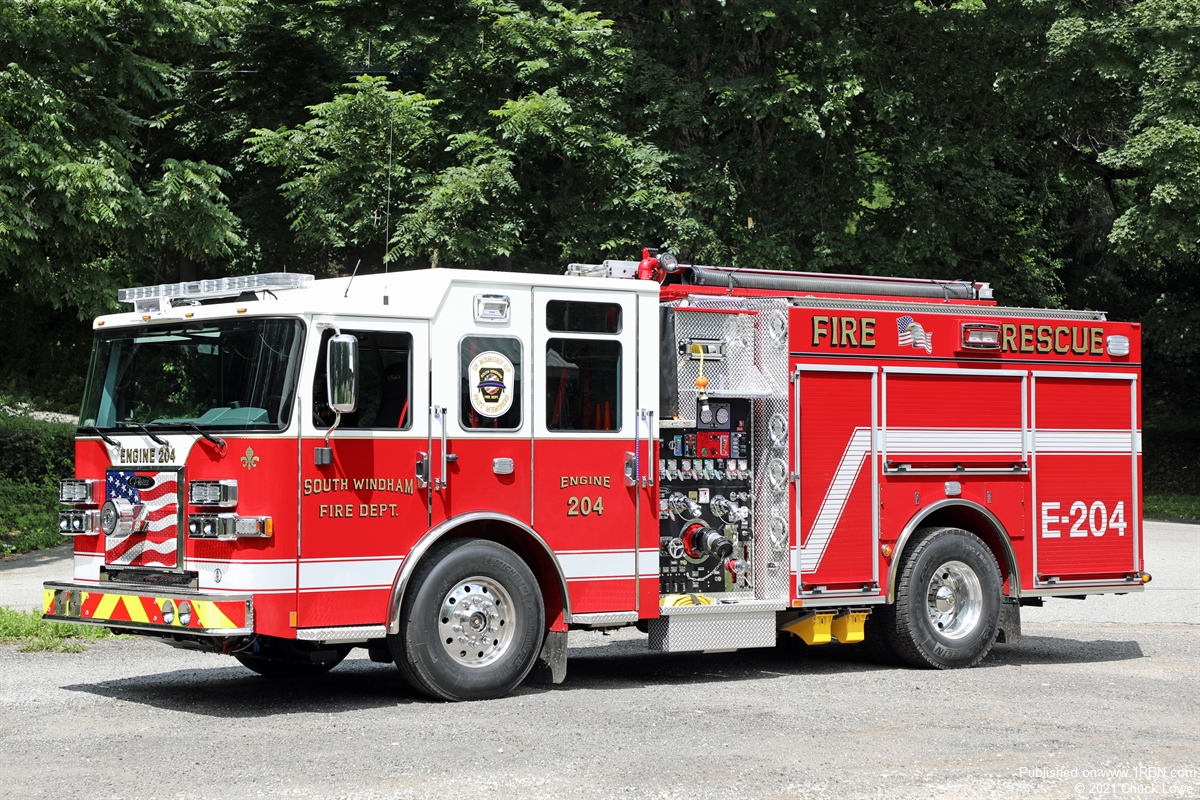 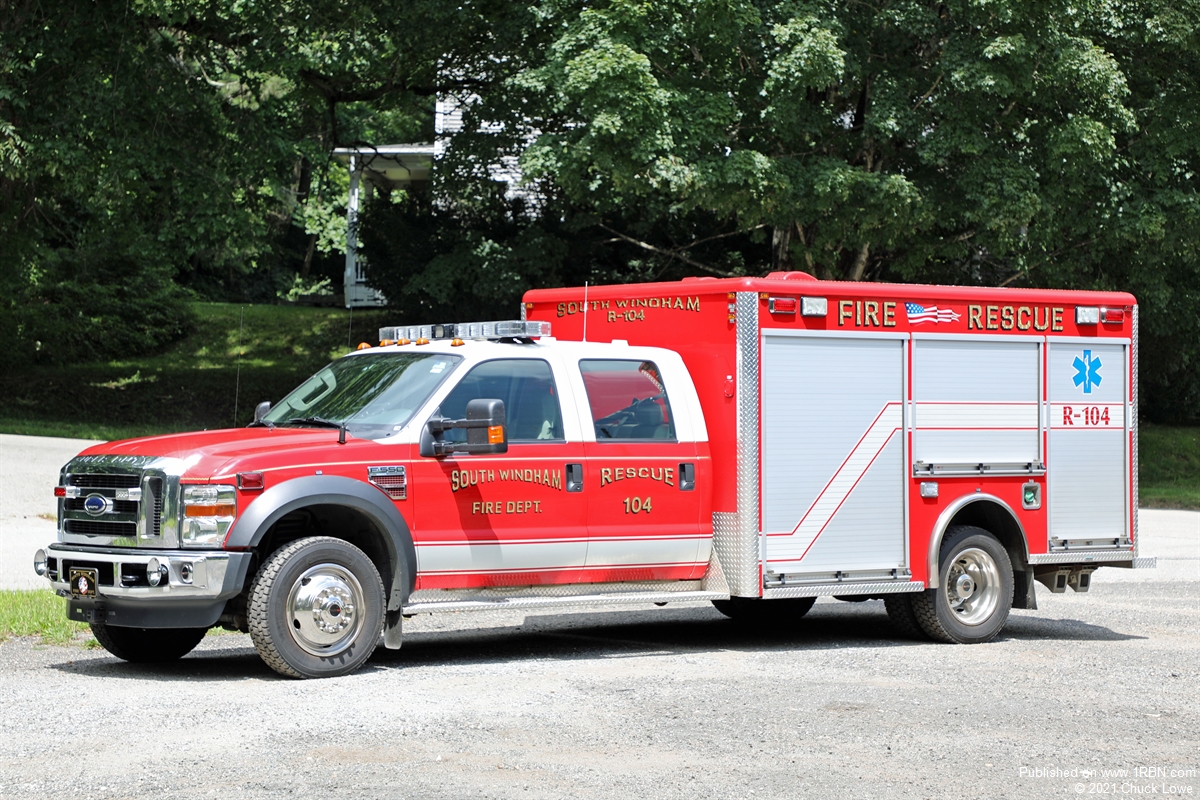 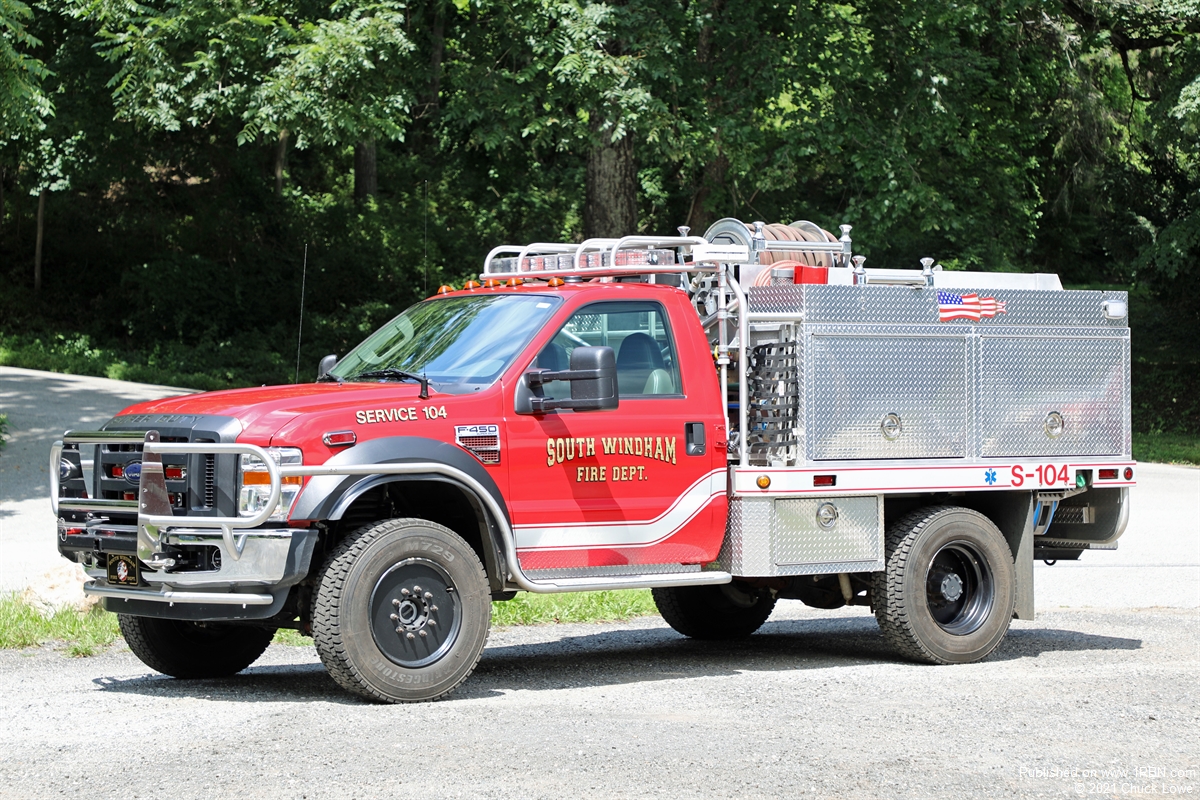 The Town of Windham operates four separate Fire Departments. "The City" of Willimantic, now a census-designated place within the town, has paid personnel that handle fire responses within their district and EMS town-wide. The remaining three departments are volunteer with standing, auto-aid agreements between them and neighboring assets.

In the lower end of town, the South Windsor VFD operates out of a 4-bay firehouse. Four apparatus are crammed into these tight quarters. Two of the bay doors here were recently modified for higher profile vehicles. None of the bays are deep which required their new engine, and future purchases, to be higher on a shortened wheelbase.

The SWFD fleet consists of two Engines, a light duty rescue and a service/forestry unit. The department also maintains a Zodiac and a John Deer Gator that is also outfitted for brush fires. All apparatus carry the -04 Suffix (Department 4).