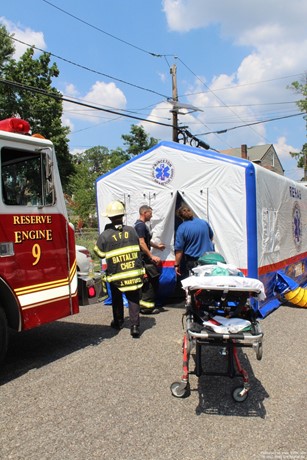 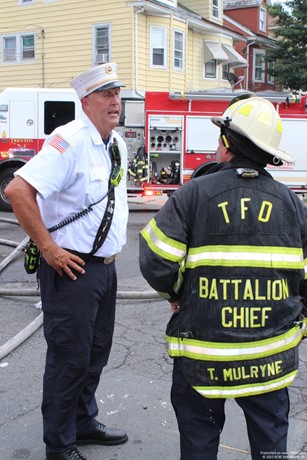 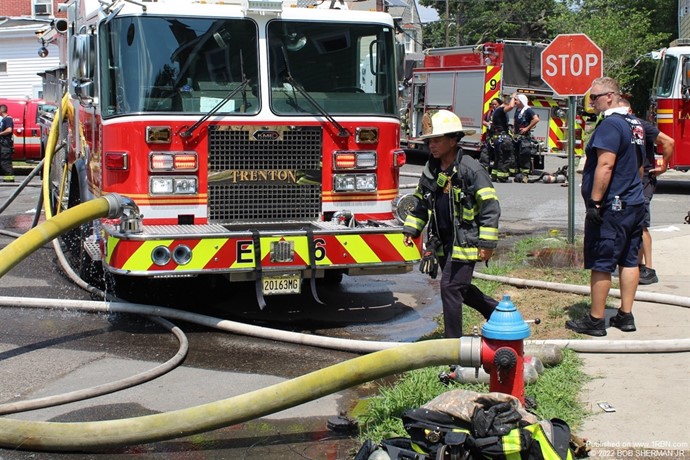 TRENTON, NJ - Firefighters responded to a 3-alarm fire at a single-family dwelling on Cleveland Ave. in Trenton, July 20th. The temperature in Trenton that day was 97-degrees.