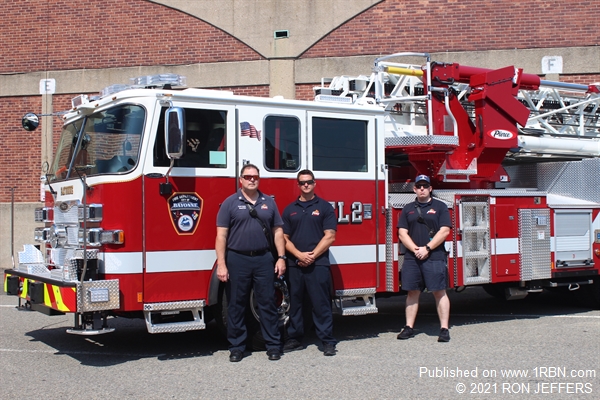 After 36-years of service to the city of Bayonne, Captain Bob Bartos, left, of Tower Ladder 2, retired on June 27th. During his last tour, Captain Bartos responded to a fire in a Kennedy Boulevard apartment house on a hot and humid Sunday afternoon. On the Bayonne O.E.M. Facebook page, Deputy Chief Bill Bartos said in a statement: "Even with just a few hours left in his final tour, Captain Bartos was first in the building today, leading his men to the seat of the fire and working diligently and professionally for the citizens of Bayonne."