Clayton Fire Co. Member Sworn In as Vice Mayor for the Town 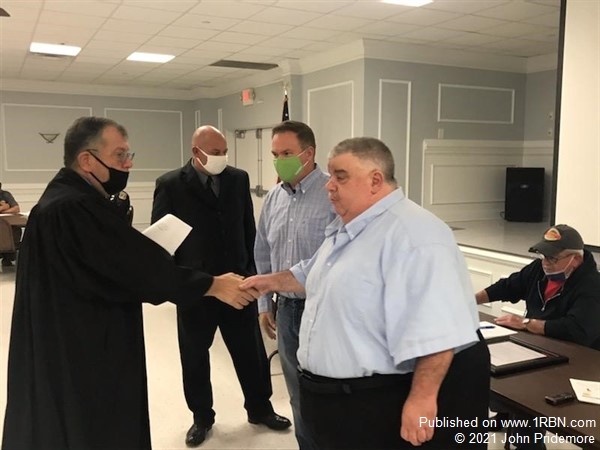 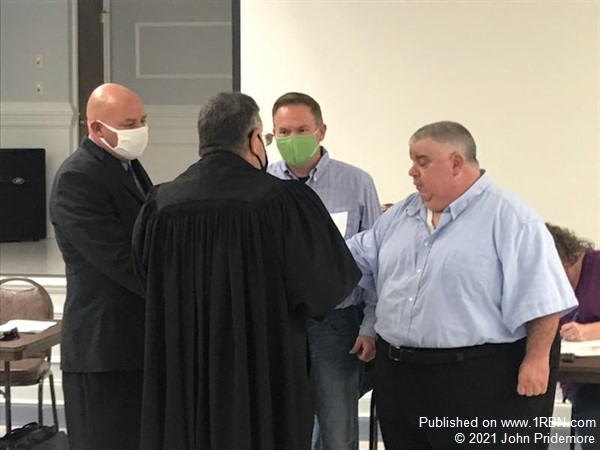 CLAYTON, DE - During the May town meeting of the Town of Clayton, Past Chief/President and current director of the Clayton Fire Company, Skip Carrow, was sworn in as the Vice Mayor for the Town of Clayton. Vice Mayor Carrow was sworn in by the current president of the fire company, Kevin Wilson. President Wilson is a judge with the JP Court system and swore all three of the elected members of the town council. (Pictured L to R): Kevin Wilson, Nick Smith Mayor, Newly Elected Council Member Sean Valentine, and Vice Mayor Skip Carrow.