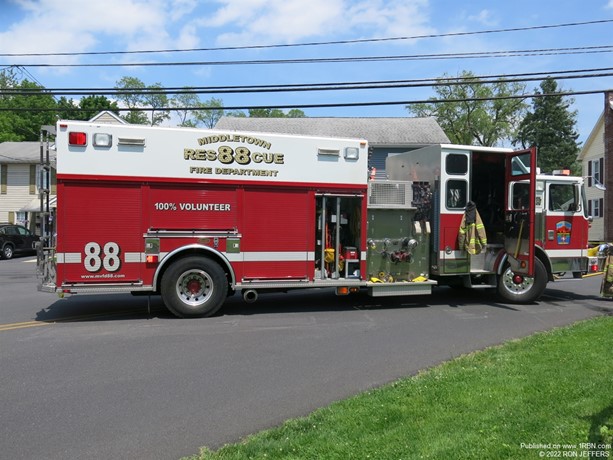 Middletown Rescue 88's 2006 KME 2000-gpm/500-gwt/25-gft rescue-pumper was part of the response for a car into a dwelling incident on Rock Street, in Royalton, May 21st. Several mutual-aid units were dispatched to the incident, which include shoring operations.