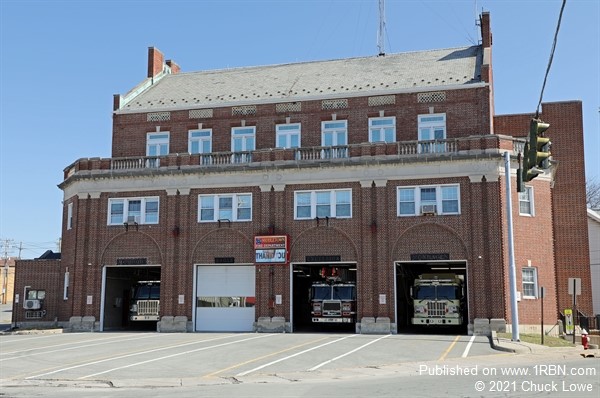 In 1928, the Middletown Central Firehouse was built on the site of the McQoid-Monhagen companies. This three-story building was designed by local architect Robert R. Graham to house four separate volunteer fire companies. He used "Georgia style" architecture and built the structure with Harvard trimmed faced brick with limestone. The second floor was designed with separate quarters for each company that could be easily converted if the city decided to become one paid department.

The entire top floor was designed to serve as a large banquet room that doubled as a drill hall. It originally included a kitchen, coat-check room and a ladies rest room. The cost of building this, then modern, firehouse was just $125,000.

Ninety-three years later, this building continues to be the home of Monhagen Hose Co. #1, Eagle Engine Co. #2, Excelsior Hook & Ladder Co. #1, and McQuoid Engine & Ladder Co. #3. Each of these companies remains independent, each having a paid driver. There is one paid Lieutenant to oversee the shift, assigned to Central, and one of these paid drivers.