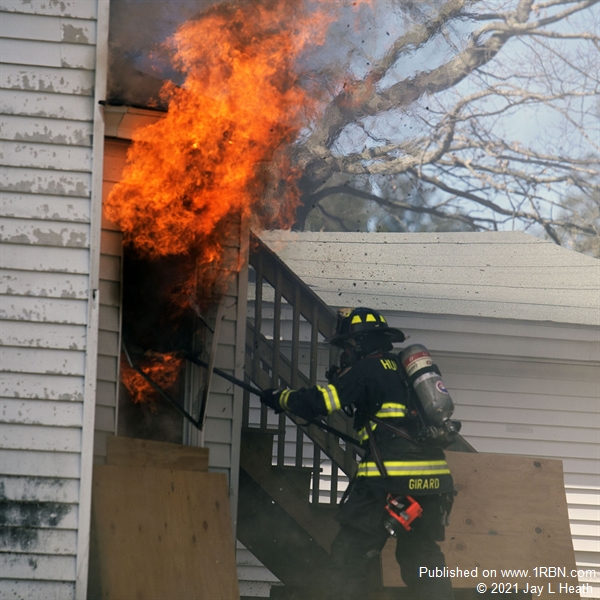 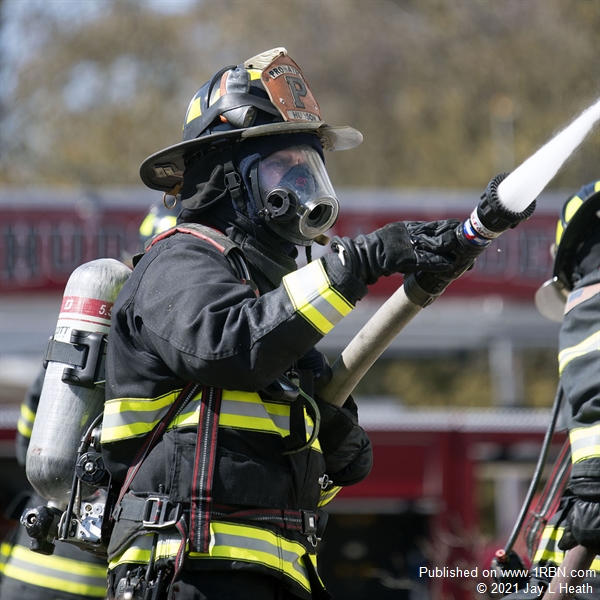 Photo by Jay L Heath A firefighter opens up before moving inside the training burn. 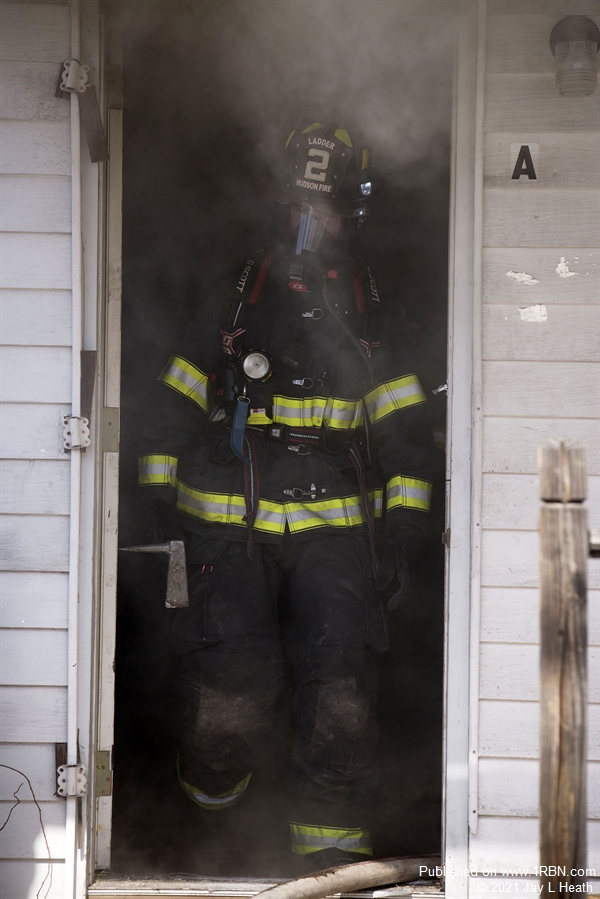 Photo by Jay L HeathA firefighter comes outside after knocking down a room fire in this live training burn on March 20th in Hudson NH, 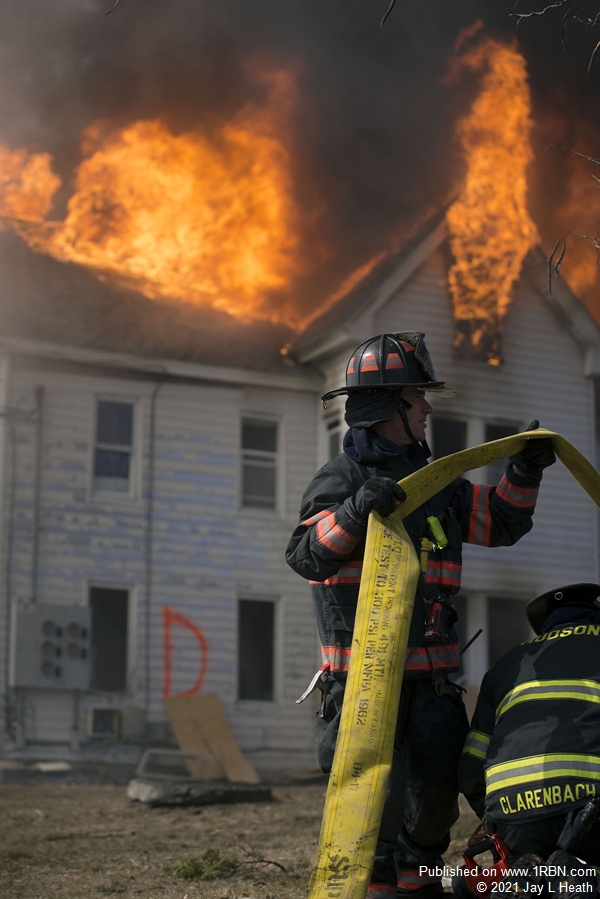 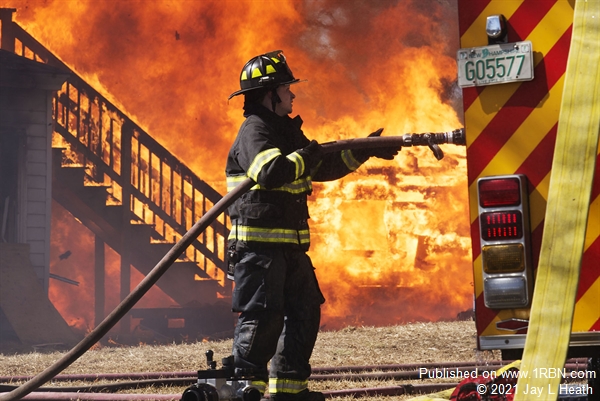 Photo by Jay L Heath Firefighters let the house go fully involved at the end of the training burns. 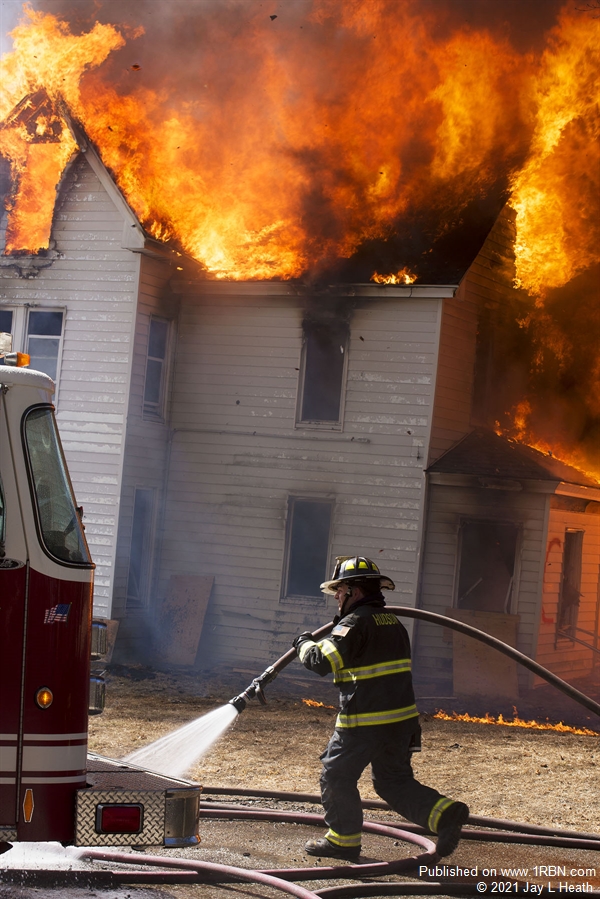 Hudson, NH- Firefighters received extensive hands-on training at a house on Central Street on March 20th. Firefighters trained for several hours making rescues of mock victims from smoky room fires, and gaining experience for real-life scenarios. The hands-on experience prepares firefighters to be ready to save lives of people requiring rescue, and how to quickly and safely extinguish the fire. The multi-unit house at 194 Central Street was previously damaged in a fire in April 2019. The property owner authorized the Hudson Fire Department to utilize the structure to conduct training, After several hours of training, the entire building was allowed to burn giving firefighters experience with intense heat from the structure and using deck guns and several hand lines.