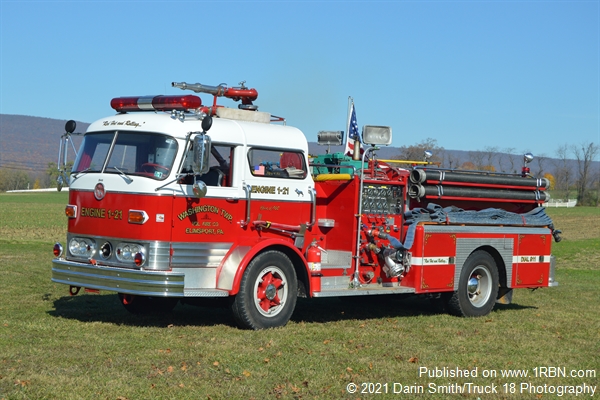 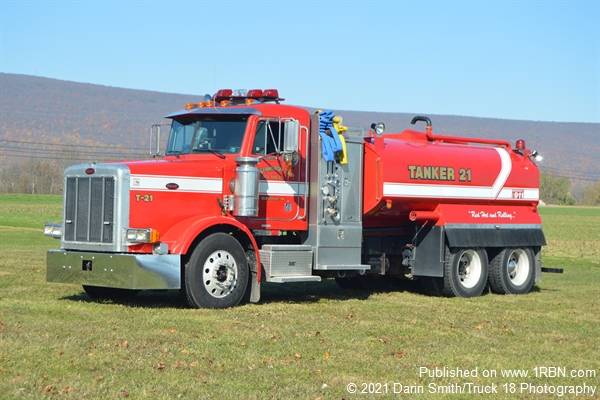 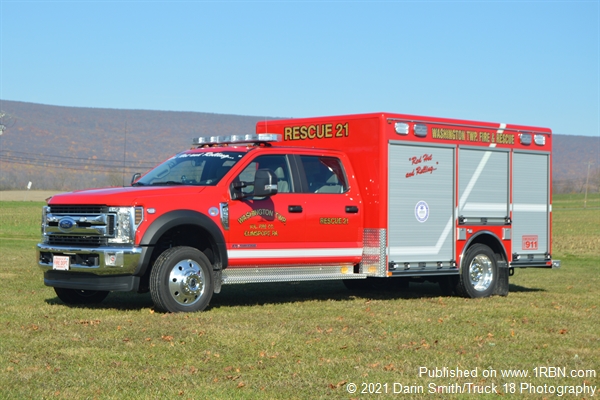 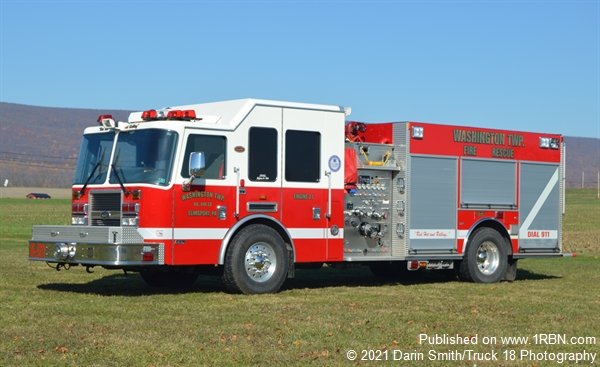 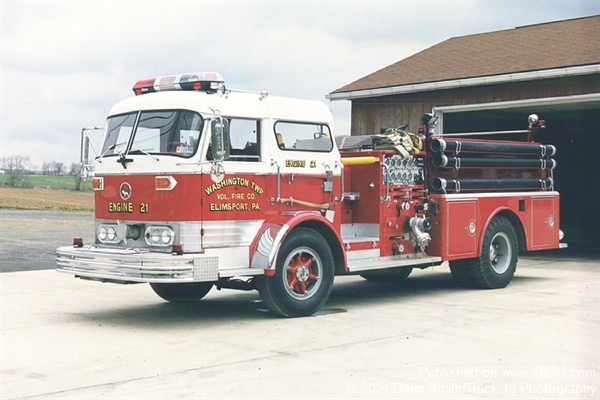 Photo by Darin Smith/Truck 18 PhotographyPreviously Engine 21 was this 1965 Mack C that saw service with Camp Hill. It had a 1000 pump and 500 water. The pump and drive train had been removed by Camp Hill to build a new engine and Washington Twp used parts from an Ex-Williamsport Mack C to complete this engine. It was sold to neighboring Clinton Twp. 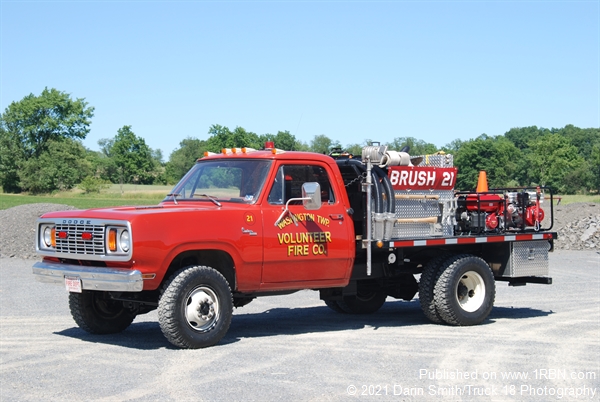 Photo by Darin Smith/Truck 18 PhotographyThe previous Brush 21 was this 1978 Dodge with a 2006 fire dept built body. This was at least the second brush body on this rig, with a 350 pump and 300 water. It was sold to a collector. 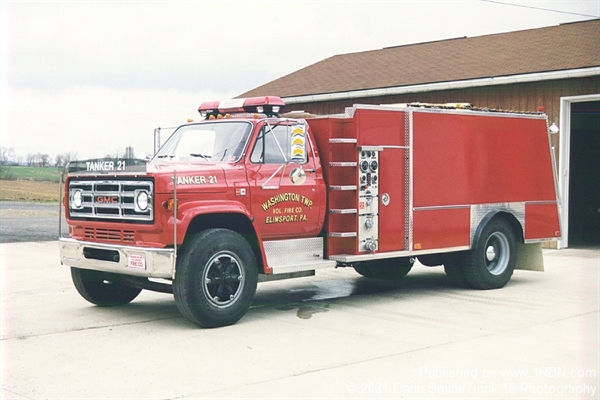 Photo by Darin Smith/Truck 18 PhotographyTanker 21 was previously this 1989 GMC/Linear Dynamics unit with a450 pump and 2000 water.

The Washington Township Volunteer Fire Company in Lycoming County's village of Elimsport has been in operation since 1953. This group operates a very nice fleet of apparatus for being such a rural community. With 48 square miles, and roughly 1,600 residents, this fire company has had it's share of incidents to handle. Special thanks to Brad Grimm, James Raemsch and the other members who have helped with photos over the years.