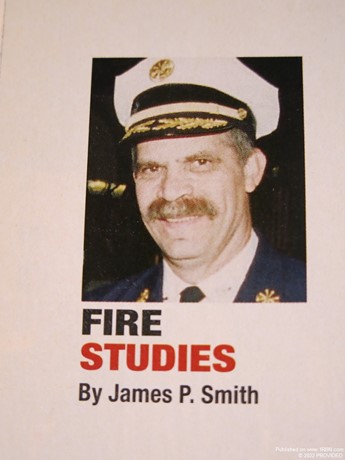 Deputy Chief Smith, who served with the Philadelphia Fire Department for 41-years, was a regular contributor with Firehouse Magazine for 34-years with his “Fire Studies” column. In 2006, he was inducted into the Firehouse Magazine's Hall of Fame. In addition, D.C. Smith was an adjunct professor at the National Fire Academy in Emmitsburg, Md., for nearly 30-years.

As a new firefighter, he was assigned to Engine Co. 30, a busy inner-city unit that saw plenty of fire duty. Over the years he fought many types of blazes, from refinery to high rise structure fires. As a battalion chief, he was assigned as a haz-mat chief.

During his career he fought fires in many vacant buildings and other deteriorated structures. That drove him deep into building construction and building collapse.

The Ocean City Firefighters Association described Deputy Chief Smith as a “firefighter's firefighter”. “He will be sorely missed by many.”