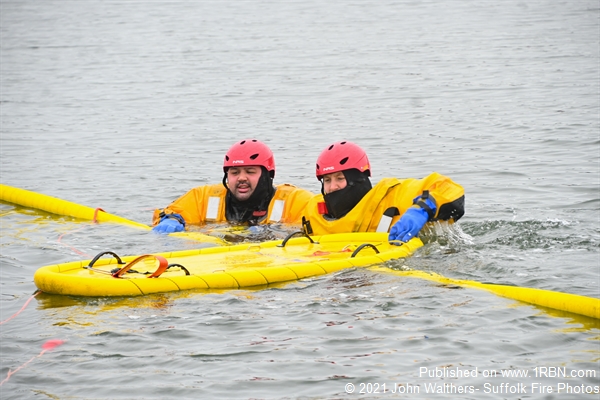 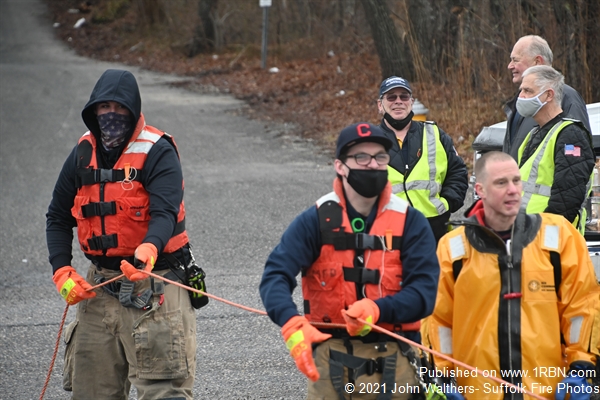 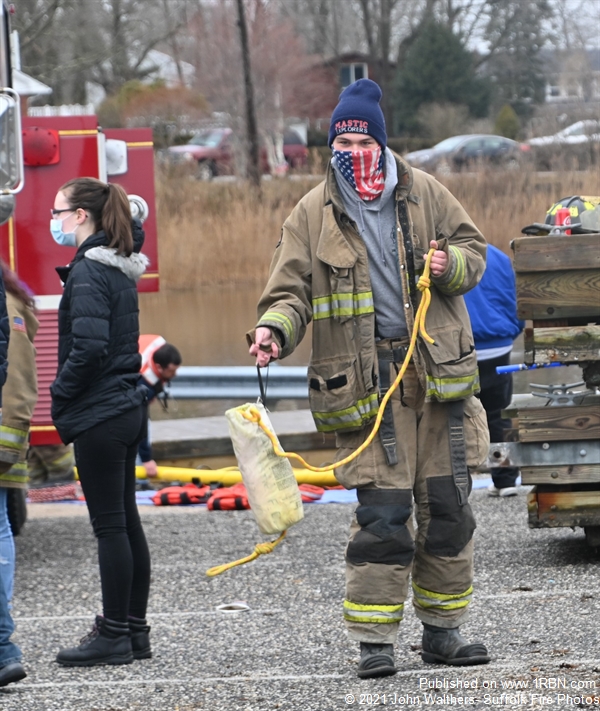 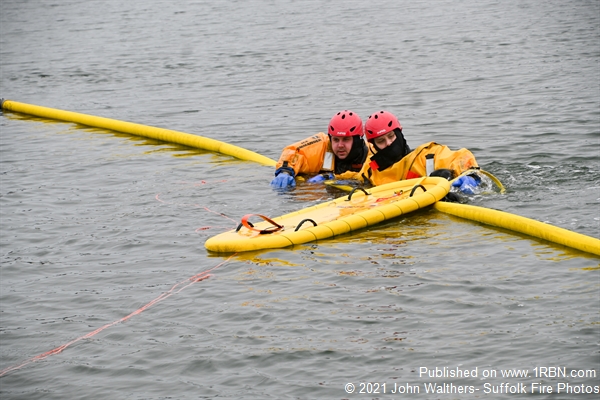 Photo by John Walthers- Suffolk Fire PhotosMastic 2nd Lt Jason Lasek who is one of the members in Charge of the MIRT( Marine Incident Response) team is seen honing his skills at a recent drill. 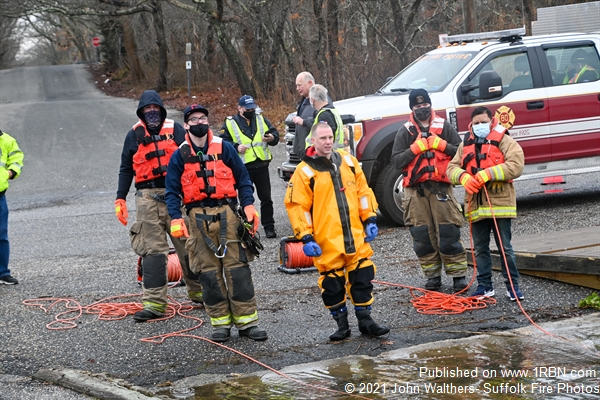 Mastic N.Y. – On the morning of February 28th the Mastic Fire Department held their annual cold water rescue drill at the Forge River Marina. The training started just after 9AM and was lead by Mastic FD Lieutenant Jason Lasek [5-12-71] who started off by giving a brief overview of what was going to occur as well as the boundaries that spectating members needed to abide by for everyone’s safety.

The training was conducted to refresh the skills of the water technicians involved as well as help them in recertifications if needed so that they could be prepared in the event of a water rescue in the middle of winter or if someone possibly fell through ice and was in the water and members of the Marine Incident Response Team [MIRT] were deployed. The training consisted of evolutions of 2 members at a time going into the water, 1 as a “victim” the other a Rescuer to simulate the scenario. A total of 4 members played both roles of victim and rescuer during the session. Other members of the department were on hand assisting with the lines and also to observe in case they were interested in joining the MIRT team. Other tasks were also trained on also. The Mastic FD Explorers were also on hand to see the training as observers and were able to also practice throwing a “bag” that had a rope strictly on shore.

At the end of the training LT. Lasek also gave a brief tour of the MIRT truck geared for the Explorer post however other members were allowed to also listen in to learn about the various gear and compartments on this rig and how the gear is rotated based on the season. The truck is prepared for all seasons year round and also compliments the boats and High Water Rescue truck the department has as well.