Santa at the Dracut Firehouse 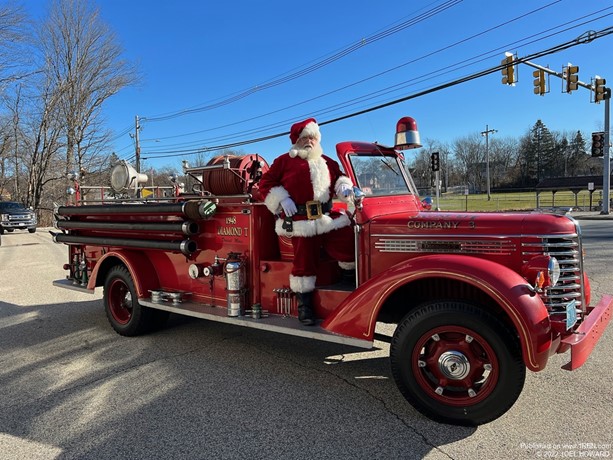 DRACUT, MA - In December, the Dracut Fire Dept. had a charity drive for Toys for Local Children. A retired Fire Lieutenant from Stoneham, John Scullin, dressed as Santa and was photographed on the department's parade piece, a 1948 Diamond T Fire Truck.

John Scullin (Santa) was appointed to the Stoneham Fire Department in 1976, serving 35 years before his retirement in 2010 at the rank of Lieutenant. John also served in the US Navy for 4 years including service in the Vietnam War. John has his own charity American Mettle 501c3 charity to assist veterans.

Dracut Fire has been doing this Toy Drive for Toys for Local Children for over 15 years.