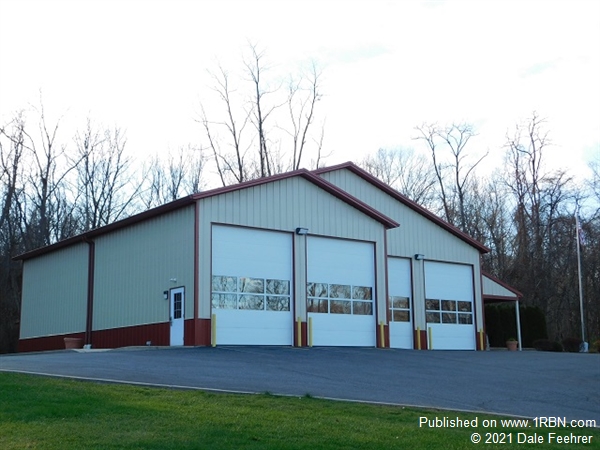 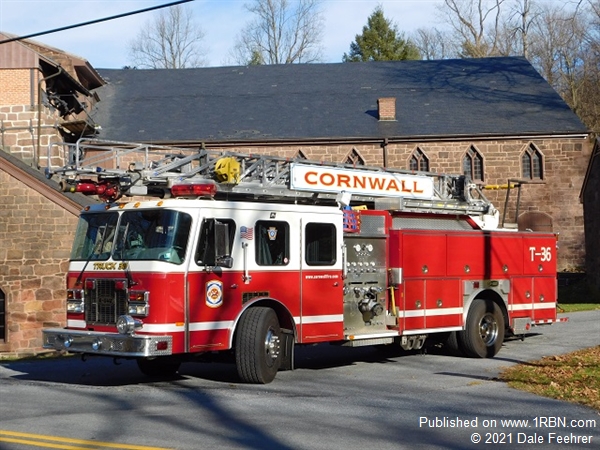 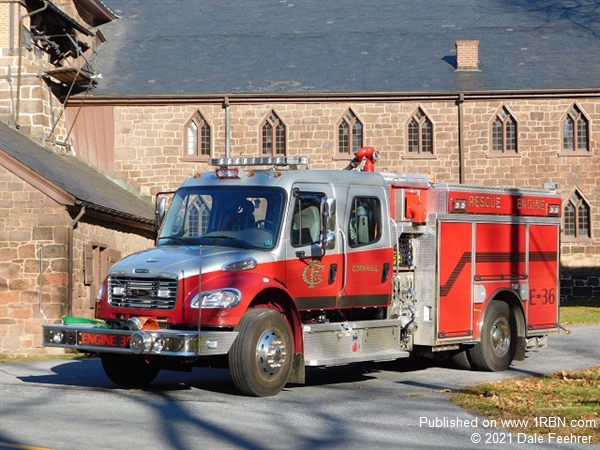 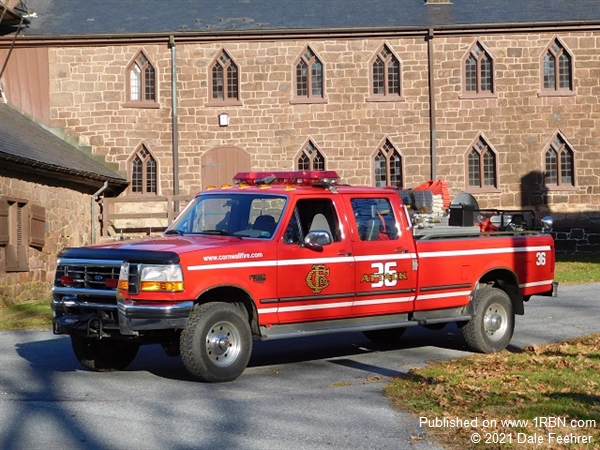 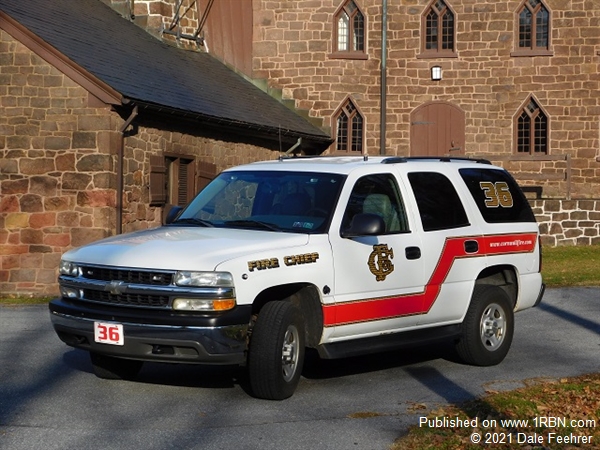 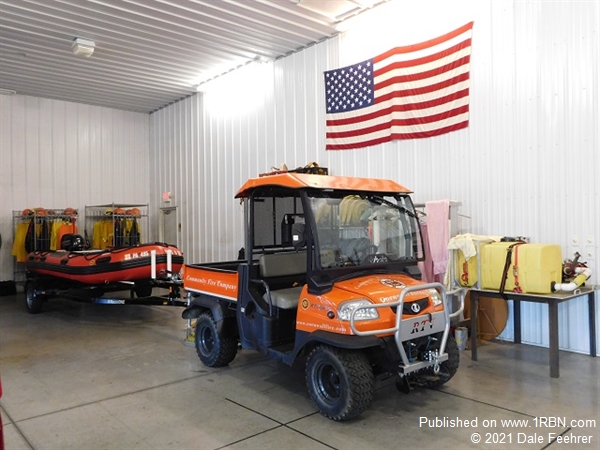 Photo by Dale FeehrerATV 36 2007 Kubota RTV *The ATV has a skid unit with a tank and pump for brush fires, also has a set up for patient transport. *Boat 36 2014 Rescue One Inflatable Boat 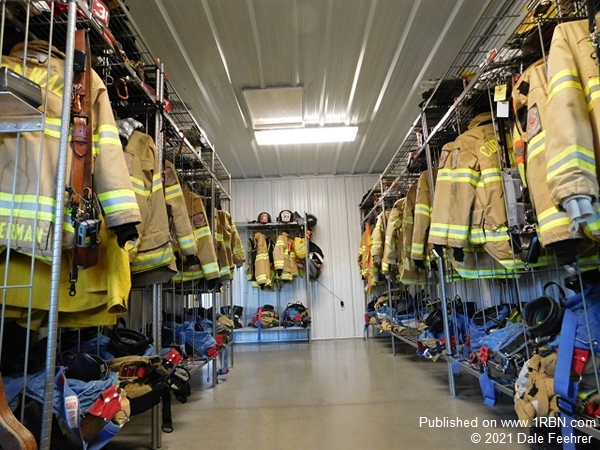 The borough of Cornwall, PA was founded in 1742 after a stonemason located the area by looking for quality stone and ore. Not long after the area was discovered, he constructed a large furnace for smelting which gave the borough it's name (Cornwall). The furnace still stands today and is registered as a National Historic landmark. With the amount of ore in the area, the quarry from which it was pulled from was actually the largest open mining pit in the world while it was in operation. The mining shut down because of damage caused by flooding from Hurricane Agnes the year before in 1972. The flood water filled the base of the quarry and has made the area a rather large lake which is off limits due to the hazards that lay under the water including heavy equipment that were lost.

The Community Fire Company was established in 1923. Currently they are Lebanon County station 36 but, if the fire company would of been established earlier they would of belonged to either Lancaster or for a short time Dauphin Counties. It wasn't until 1926 when the borough was incorporated that the citizens would be citizens of Lebanon County.

Today, the fire company operates out of one station which they moved into in 2006 leaving the old station located in a small village called Rexmont. With twelve active members, they respond to roughly 200-300 calls per year. The first due area consists of a mix of residential, some commercial, woods, and rural. The apparatus consists of one engine, a brush truck, an ATV (which is primarily used on the walking trails for brush fires and medical), a raft, and the only ladder truck in the general area covering parts of Lebanon, and Lancaster Counties.