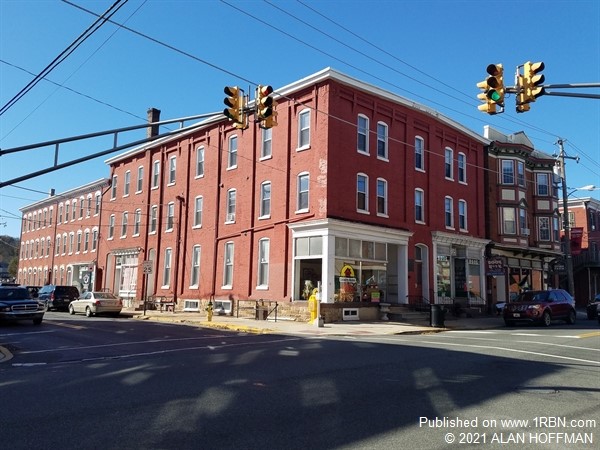 Photo by ALAN HOFFMANThis building on the corner of S. Washington St. And Philadelphia Ave. In Boyertown was once the Rhoads Opera House where a disastrous fire occurred on January 13th 1908. 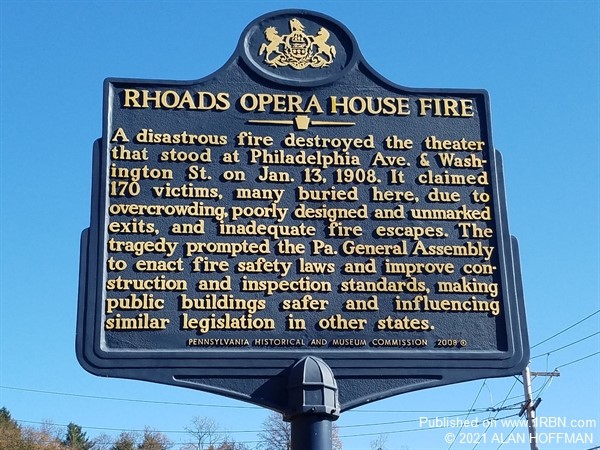 Photo by ALAN HOFFMANThis Pennsylvania Historical marker for The Rhoads Opera House Fire In Boyertown, PA Is located along Philadelphia Avenue outside of the Fairview Cemetery where most of the fire victim’s were buried.

January 13th is one of the most significant days in Boyertown history. It marks 113th anniversary of the Rhoads Opera House Fire. On the Evening of January 13th 1908 170 men, women and Children perished in the fire. Meaning 10% of Boyertown’s population at the time had died in one night. One Firefighter Died on the way to the fire. Nearly 400 People were on the second floor of the building at the corner of Washington and Philadelphia Ave. when the fire broke out. However, Two fire Escapes were not marked and the window sills were 3’ high and with locked window’s Walkways were narrow and all the doors opened inward creating a barrier when the crowd rushed the doors. This incident was the catalyst that pushed the PA legislature into passing new legislative standards for doors, Landing’s , lighting and curtains, fire extinguishers, aisles and marked exit’s. All doors are required to open outward and remain unlocked. Governor Edwin Stewart signed PA’s fire law om May 3rd 1909 This legislation served as model for other states creating Standards in public building’s.