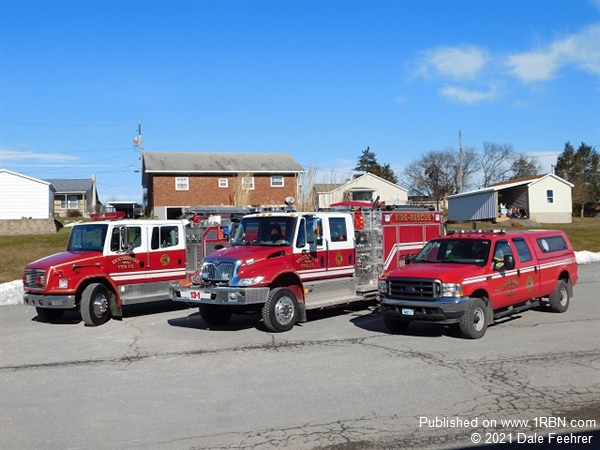 The Kratzerville VFC was established in 1951 to protect the lives and property within 15 square miles of Jackson Township. Kratzerville is located along state route 204 in between Selinsgrove and New Berlin very close to the Snyder and Union County lines.

Today, the KVFC serves around 1,400 citizens within the Township and surrounding communities with about 36 active members. Last year, the company responded to 182 calls for service, though they usually average 150 calls per year. The station currently operates four pieces including two engines, a squad, and a tow behind trailer (Special Unit 130) which operates as a rehab unit, canteen, and as a air cascade unit.

*A special thanks to Mr. Long for his assistance with this article.