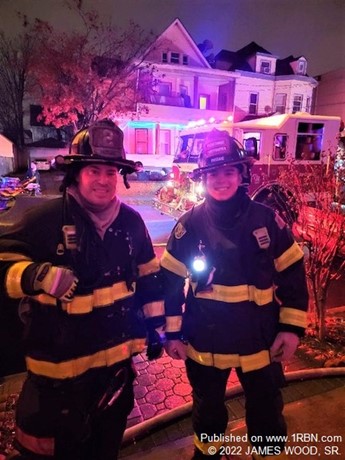 Upon arrival, not knowing where the fire was located and with no smoke showing, firefighters and Battalion Chief Colavitti did a search of the first and second floors. Battalion Chief Colavitti located the fire in a rear bedroom and closed the door as two lines were being stretched. He then declared that he had a working fire, but held it to a first-alarm assignment.

The fire was held to the bedroom and did not spread any further. It was placed under control within 15 minutes and there were no injuries. The cause of the fire is under investigation by Passaic detectives who were called to the scene.