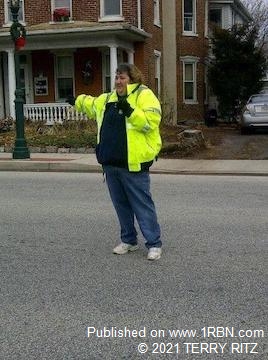 Pennsburg, PA, Dec. 31, 2020----Former Pennsburg Fire Police Officer Brenda Koder passed away on Dec. 22, 2020 at the age of 51. Brenda joined the Fire Company in 1993 and became a Fire Police Officer. She also became a lifetime member of the Pennsburg Fire Co. She was also active in various positions within the fire company. She was a former Executive Secretary of the fire company and a past Secretary/Treasure of the fire Police. She also was a former volunteer of the Upper Perkiomen Valley Ambulance Assoc. She will be sadly missed by her family and everybody she was involved with. She is survived by her parents, Larry and Barbara Roeder, husband Ralph, daughters Miranda, MaKenna, and son Matthew all at home. Viewing and service will be held January 2, 2021 and burial will be at St. Pauls Luthern Church in Red Hill, PA.