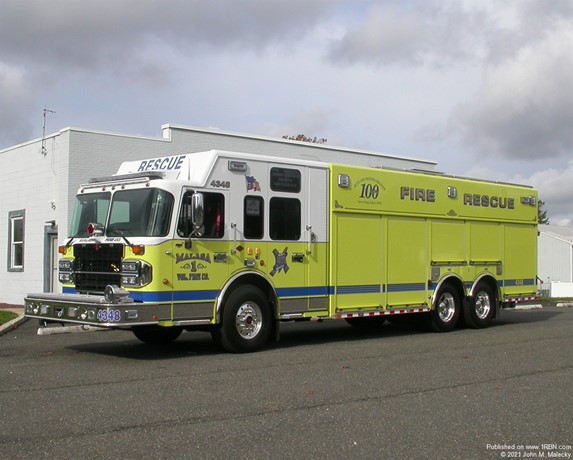 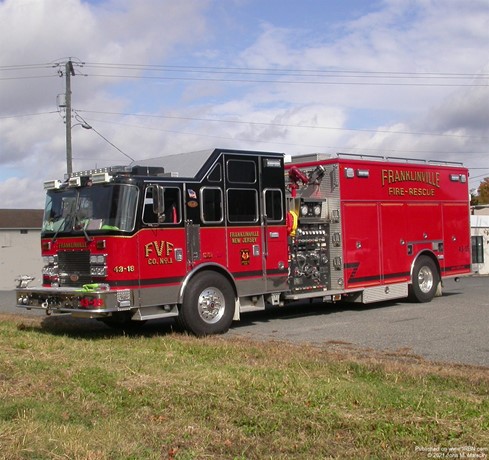 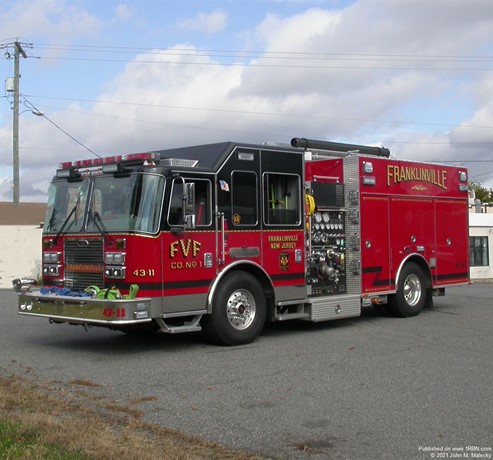 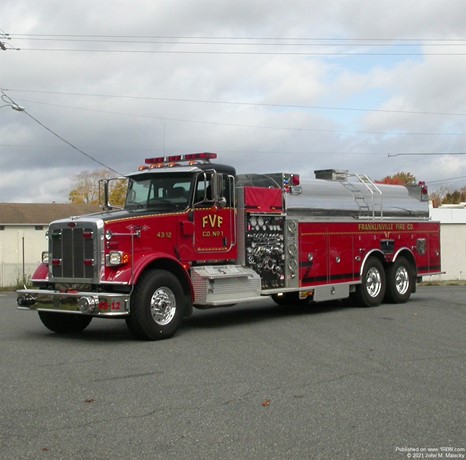 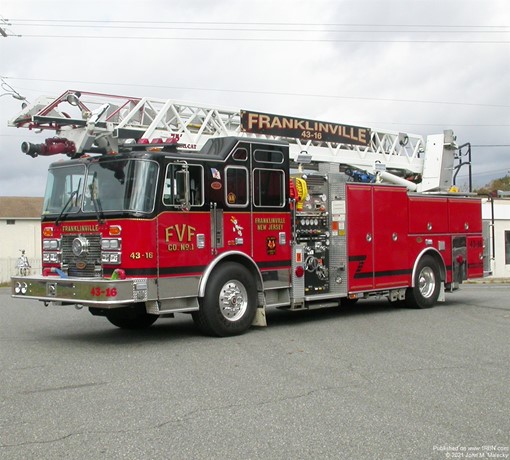 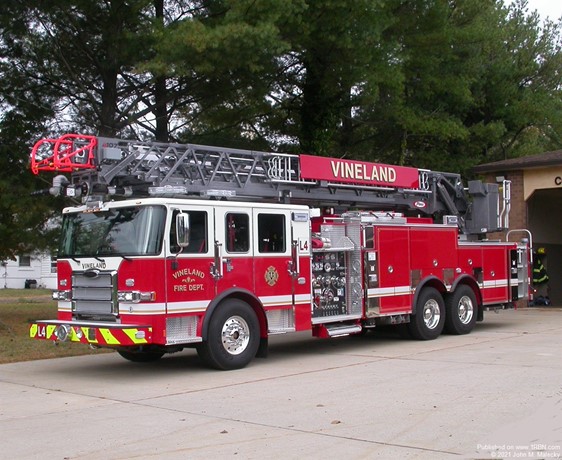 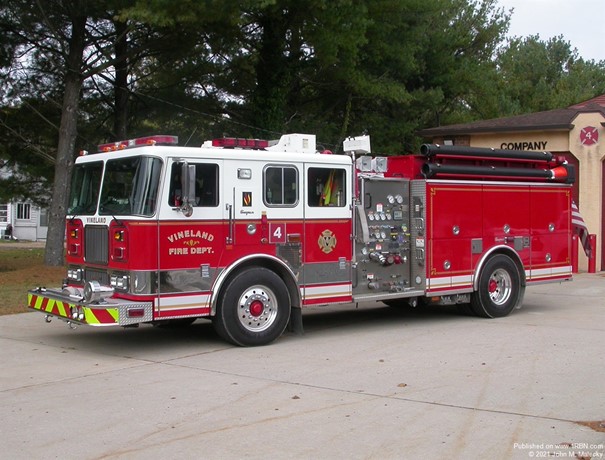 This month we offer photos of Franklin Township in Gloucester County and the City Vineland in Cumberland County. For a number of years I have photographed the township’s fire companies of Janvier, Star Cross, Malaga and Forest Grove, but have never been able to photograph Franklinville. But this last time we found a couple of members in quarters who helped us out. So this month their major apparatus is featured plus their brush truck in the Little Big Guys feature. Their utility truck will be featured in next month’s Little Big Guys. Of the major apparatus is a 2005 KME Renegade rescue pumper, a 2016 KME Severe Service pumper, a 2013 Peterbilt 357/KME 4,000-gallon tender and a 1998 KME Renegade 75-foot quint. See the photos for additional information. Malaga’s 2021 Spartan Gladiator/SVI is featured. A number of the specs can be found in the December column in the Campbell Supply report. From Cumberland County, Vineland’s 2021 Pierce Enforcer 107 quint and 2004 Seagrave pumper are shown. For a little trivia, the City of Vineland is the largest city in our state being roughly 69-square-miles as compared to Newark which is 25.75-square-miles. In comparison however Vineland only has one career fire station with the rest being volunteer, whereas Newark is a fully career department.

On a quick note we want to report that the Helmetta Volunteer Fire Department (Middlesex County) received a donation of a 1996 Pierce Dash pumper from the Independent FC in Morganville in Marlboro Township (Monmouth County). It replaced a 1980 Mack CF pumper formerly of West Long Branch.

In dealer news Emergency Equipment Sales & Service has been named as the dealer and service center for Swab Wagon Company covering all of NJ, Delaware and parts of Pennsylvania. Since 1868, Swab has been producing highly custom fire and rescue apparatus from their Elizabethville, PA manufacturing facility. In New Jersey Swab’s fire and rescue bodies are available on any commercial chassis options, Spartan custom chassis and now also the full line of HME Ahrens-Fox custom chassis. EESS has also received an order from the Howell Township (Monmouth County) First Aid & Rescue Squad No. 1 for an Excellance Type 1 4x4 custom ambulance on a Ford F-550 chassis. To save time and cost, this ambulance will use a refurbished module which was in stock at Excellance’s Madison, AL facility from a previous lease turn in. A fourth Excellance Type III custom ambulance on a Ford E-450 chassis was delivered to the Gloucester County EMS. An additional order of four more Type III Excellance ambulances was received and is in production for Gloucester County. They have also completed a full mechanical restoration of a 1969 Ford C/Hahn pumper for the East Freehold FC in Freehold Township (Monmouth County). It received an extensive overhaul of the drivetrain, electrical system and brake system, steering and suspension and the fire pump. The classic rig was towed in originally and driven home by members of the fire company. They have also received an order from the Valley View Co. 1 from Denville Township (Morris County) for an HME Ahrens-Fox 1500-GPM custom mini-pumper. It will be in a Ford F-550 4-door chassis with a Buckstop Super-Single Wheel and lift conversion, stainless steel bolted body construction, roll-up doors, a 400-gallon water tank and a SoundOff Signal lighting package.