UNITS FROM HUDSON AND PASSAIC COUNTIES 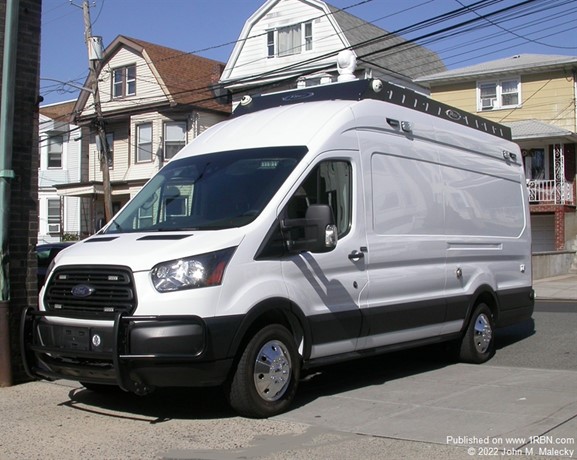 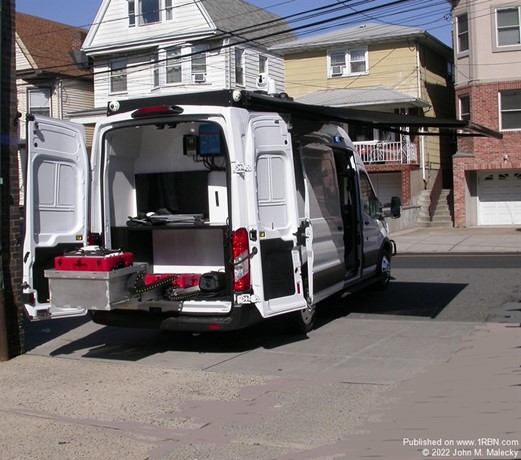 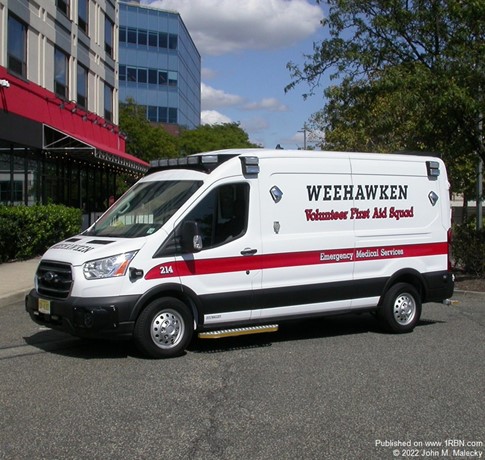 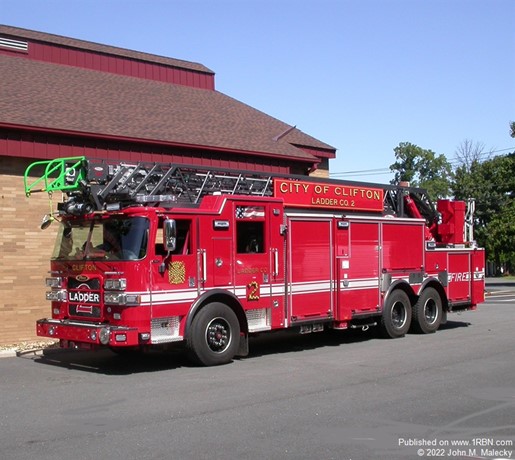 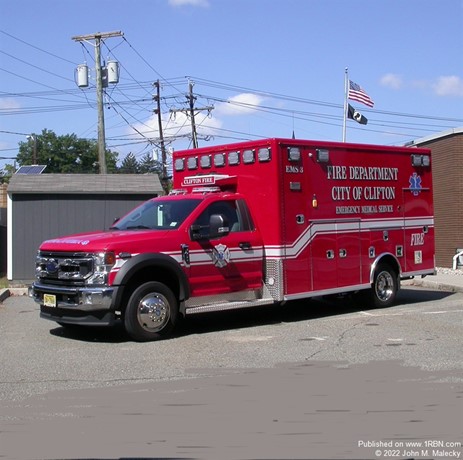 Photo by John M. MaleckyClifton EMS-3, 2021 Ford F-450/McCoy Miller MPV. It was sold by Firefighter One. 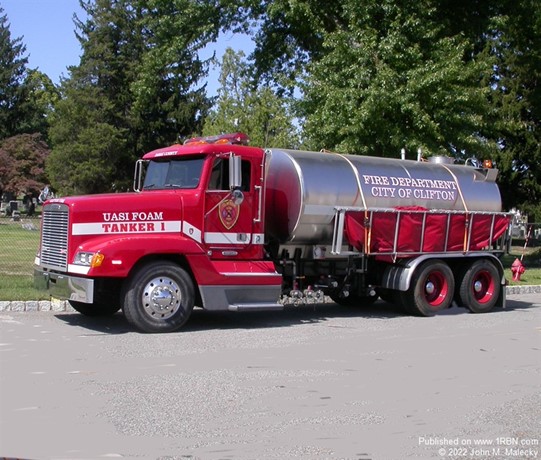 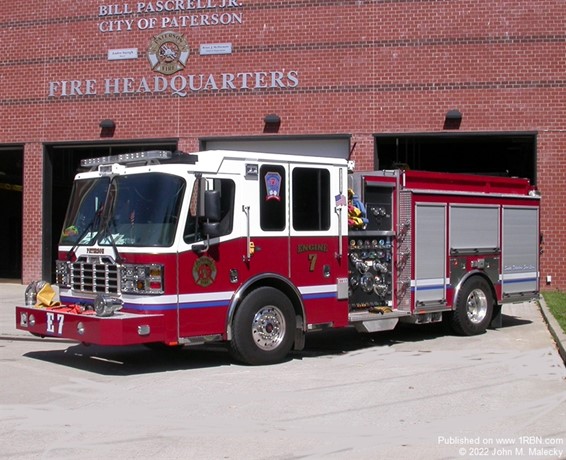 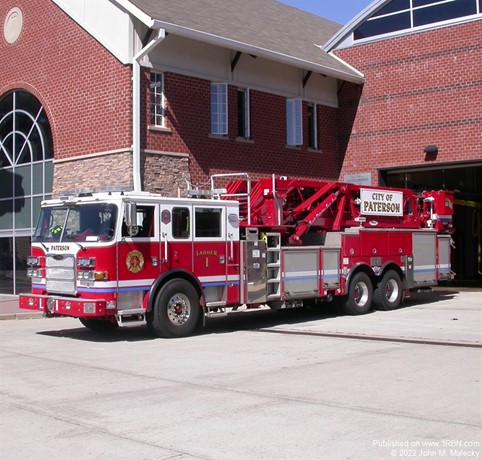 
UNITS FROM HUDSON AND PASSAIC COUNTIES

In this month’s vehicles two were chosen from Hudson County, but neither of them are actually fire apparatus. The first is a field communications unit for the Harrison OEM. The idea about having it was born after a serious riot at the Red Bull Arena where soccer is played. It occurred at an international double header game between foreign countries. For some reason the command center at the arena had no idea what was going on. Hence this truck was purchased to enhance detection and control to try to prevent this from happening again. This truck is equipped to be a surveillance unit, as well as one setup for unified command which would involve different agencies. It also has a drone as part of its inventory. To be incognito, it is not lettered even though it has warning lights. It is a 2018 Ford Transit T-350 HR Extended designed by Frontline, a Pierce company, whose parent company is Oshkosh. It was a CRU 22 demo (Critical Response Unit). Some features and equipment include a 148-inch wheelbase, 3.7LB\V8 gasoline engine, 22-foot extended body length, high roof (six foot standing interior height), workstation console, upper storage cabinets, operators chairs, rear area separated from the operators area, VIP Premium Power System (developed in 2012 to replace on-board gasoline generators) which can provide up to 8 kw for vehicle operating systems and provides 3 kw of AC power from batteries to allow the vehicle to operate with the engine off, external “shore” power system, custom tubular aluminum roof rack for antenna mounts and awning support, self-supporting electric awning, custom aluminum slide-out platform (for a Fotokite drone with a thermal imaging camera) and HD roof top camera and four perimeter video cameras to provide 360 degree view of the scene. The next vehicle from Hudson County is a Type II ambulance from the Weehawken Volunteer First Aid Squad. It is built by Malley, an ambulance manufacturer from New Brunswick, Canada. Nearby RWJ Barnabas who operates the Jersey City Medical Center has a couple also. It is a couple of years old and had gotten caught up in the Covid fiasco, so it was only recently delivered. It is built on a Ford Transit 250 chassis with all-wheel-drive. Next we go to Passaic County; first to Clifton who placed in service a Pierce 100-foot rear-mount aerial. It replaces a mid-mount platform which in turn had replaced a Seagrave Apollo 105-foot rear-mount platform. From what I was told, the new truck has more storage space to accommodate additional tools and equipment. At Station 4 is a Type I ambulance, a McCoy Miller MPV on a Ford F-450 XLT chassis. At the same station is a UASI foam tanker, with a 3500-gallon concentrate Osco tank mounted on a 1999 Freightliner FLD chassis. It has a foam transfer pump. Next stop is Paterson for Engine 7 stationed at headquarters. It is a Ferrara Cinder pumper of which the city is replacing older apparatus with. Others are already in service and more are coming. While at headquarters, Tower 1 was there, as the crew was at a training session so the opportunity presented itself to photograph the truck. It is a Pierce 95-foot mid-mount platform, one-of-two that the city has.

Fire & Safety Services reports the following Pierce orders, all are Enforcer pumpers as follows: two for Ewing Township in Mercer County (one each for Prospect Heights and one for West Trenton FC’s), one each for the City of Passaic and Totowa (Passaic County), Town of Boonton (Morris County) and one for Indian Mills FC in Shamong Township (Burlington County). Pierce deliveries include two Enforcer pumpers to Lakewood Fire District 1 (Ocean County).

Absolute Fire Protection reports that the Bergen County Fire Academy has ordered an E-ONE pumper on an International two-door chassis for use as a training engine.