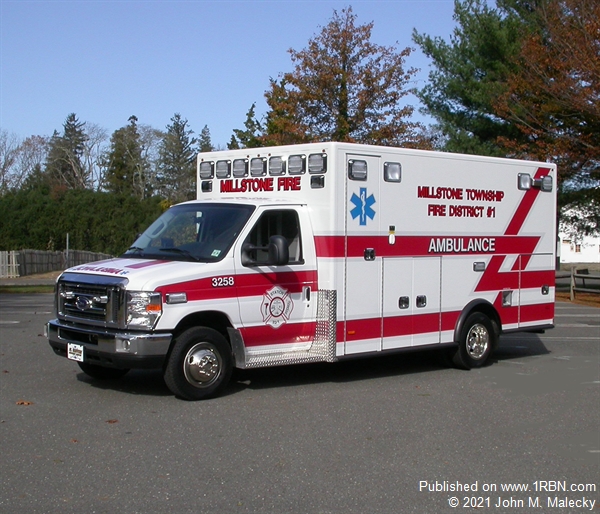 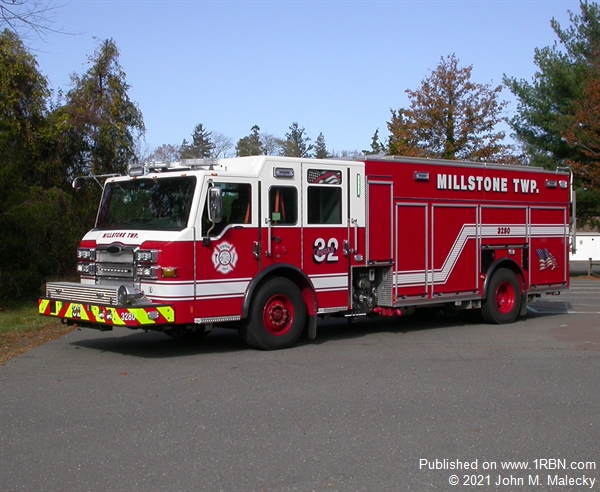 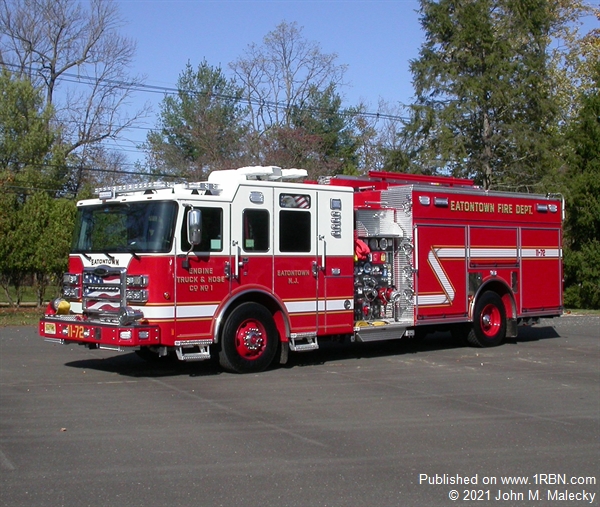 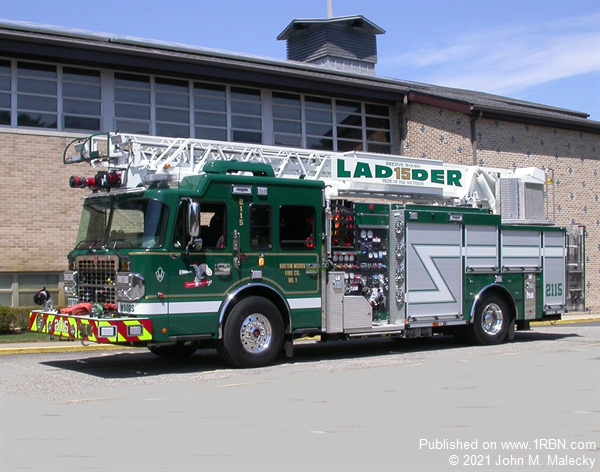 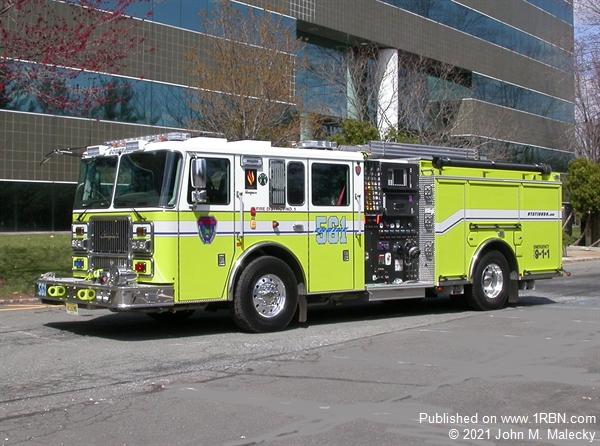 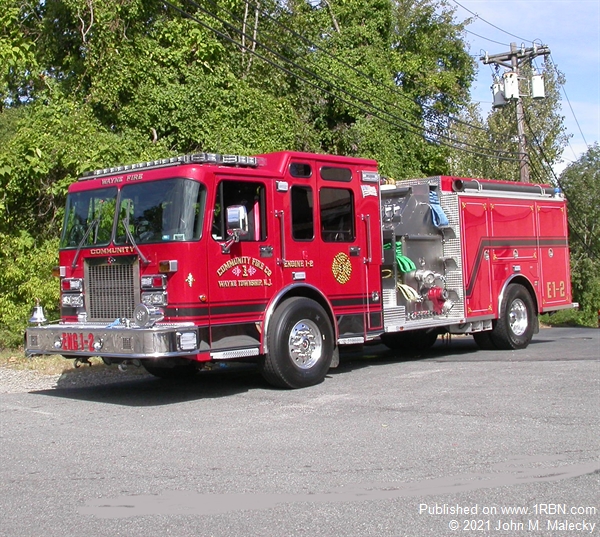 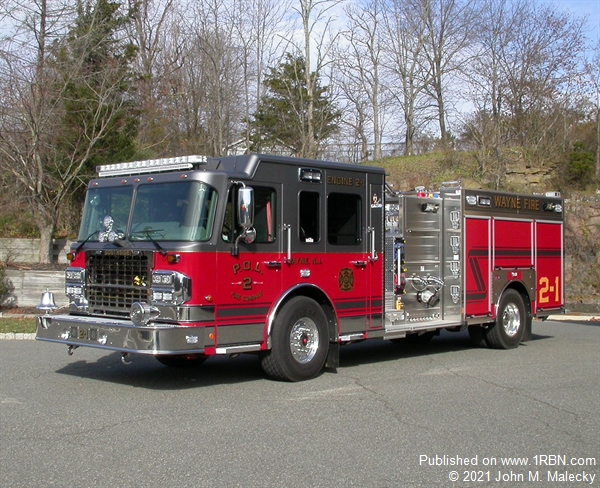 In Monmouth County, the Millstone Township Fire Department has taken over the ambulance coverage. Prior to this it had been handled by the Millstone Township First Aid Squad and a contracted service. The fire department has added personnel as well as re-lettered and re-striped the ambulances. It is a combination career/volunteer department. The township covers 37-square-miles.

Featured this month is their newest ambulance, a P.L. Custom Medallion Type III on a Ford E-450 chassis and their newest pumper, a Pierce Velocity Engine Squad. Also featured this month is a Pierce Enforcer rescue pumper for Eatontown (also Monmouth County). Also there is a Spartan/Smeal quint from the Breton Woods Fire Company in Brick Township (Ocean County). The traditional green paint color has no shade description other than a number. There has gotten to be so many shades of different colors that some manufacturers just go by a number. Then we go up to Passaic County for the last two photos. Both are in Wayne Township. One is from Community Co. 1 and is a Saulsbury pumper refurbished by Spartan ER, and the other is from the P.O.L. Fire Company and is a Spartan/Toyne pumper covered in an earlier issue. The color scheme of this pumper is now their standard.

We have learned that the Mizpah Fire Company in Hamilton Township (Atlantic County) has been closed. Their 1995 HME/4 Guys 1500/2500 pumper tanker has been acquired by the Vincent Fire Company in Vincentown, Southampton Township (Burlington County). Word is it will remain the blue color for now. It replaces a 1994 Spartan Diamond/S & S 1250/3000 pumper/tanker with rear assist that had been involved in an accident.

Fire & Safety Services has made the following Pierce deliveries: a mini pumper on a Ford F-550 chassis to Harrington Park (Bergen County), and a 107-foot Ascendant tandem axle rear mount on an Enforcer chassis to the City of Vineland (Cumberland County).