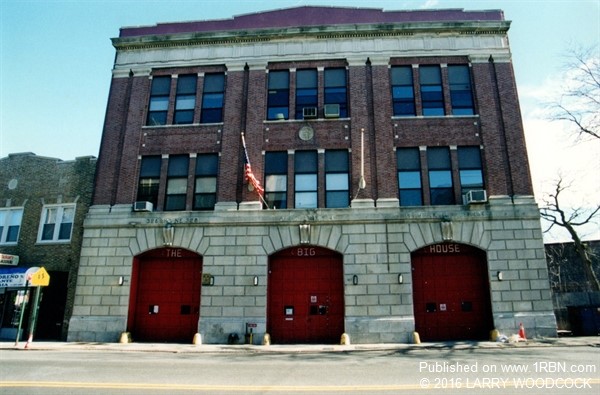 Far Rockaway, Queens is a neighborhood located at the eastern-most part of the Rockaways, a peninsula with a long-standing tradition of beaches and boardwalks.

Originally, the Rockaway peninsula was part of Nassau County before being sold to a local iron master named Richard Cornell. He lived with his family on Central Avenue.

After his death, a group of many wealthy residents purchased his property and began building hotels and private homes, which became a playground for the Vanderbilt family and other notable New Yorkers. Back then; it was necessary to take a ferry from Lower Manhattan to Brooklyn and then a horse drawn carriage. By the late 1880’s, the Long Island Railroad began its Rockaway branch and facilitated the population growth as well as the main mode of transportation.

The area is protected by “The Big House,” 328 Engine, 264 Engine, and 134 Truck. This is the only fire house in the five boroughs that features 2 and 1 and has sixteen firefighters in house, making it one of the few to have that many guys in a single firehouse.

These companies have been in service over 100 years and have responded to some of the city’s worst fires. In June of 1922, a fire started when a painter accidently dropped a cigarette. The painter tried for some time to put it out and the fire got much worse before the fire department was called to Beach 59th Street.

First arriving companies found the Nautilus Hotel fully involved and two large homes on both sides of Beach 59th and Beach 60th Streets simultaneously erupting in flames due to embers and radiant heat, which ignited the dried out cedar-shake shingle roofs.

Immediate second, third, and fourth alarms were transmitted in a desperate attempt to get manpower to the scene from the mainland. The heat became so intense that nearby homes were bursting into flames and companies had to abandon their hoses and relocate their rigs. Some had to escape under the protection of a water curtain.

Engine 265 could not be moved in time and was consumed by the fire. With 30 homes engulfed, boats were launched to prevent ignition. When deputy chief “Smokey Joe” Martin arrived and the fifth and sixth alarms were transmitted. A plan was devised by Martin and Deputy Chiefs John O’Hara and John Devlin to flank the fire from the East and the West essentially making a firebreak and writing off several structures to save the neighborhood.

Finally, the fronts held after several hours and one of the city’s biggest conflagrations was contained, but continued to burn and smolder for two more days. The loss was staggering at 13 acres, 141 structures, and $2 million in damage.

The area has long since been rebuilt. The resort community that the Rockaways were until the early 1950’s also spurred the rebuilding. After that, urban renewal programs instituted by Robert Moses, led to year round residences with high rises and housing projects.

The 1990’s brought condos and rising property values as people from Manhattan and Brooklyn flocked to the area.

The neighborhood has seen its ups and downs over the years. With the current population estimated at 61,000, the area continues to be a main thorofare in and out of Long Island with the “Five Towns” being just across the border.

From Beach 24th to Beach 26th Street is the Far Rockaway Beach Bungalow Historic District. Built in 1921, it was added to the National Register of Historic Places in 2013 for their classic facades, porches, and exposed rafters, which are common to beach front communities throughout the country.

Together, all three companies