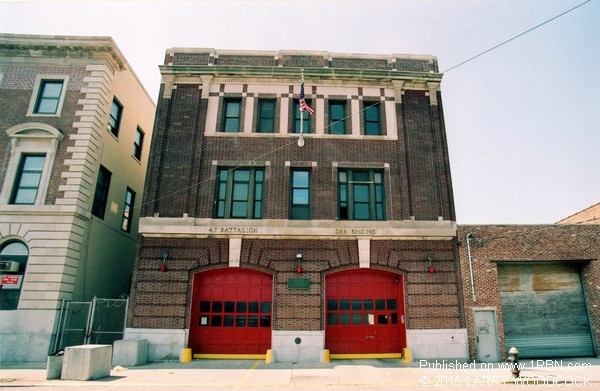 When New Yorkers want to get away and escape the heat of the dog days of summer and don’t have the means to leave the city, most go to Coney Island. But, Rockaway Beach is the largest urban beach in the United States.
The Rockaways, as they are better known, consist of many different neighborhoods along a ten-mile peninsula that faces the Atlantic Ocean. The Rockaway Beach neighborhood was at one time two different villages, Holland and Hammels. Some old timers still refer to them as such. Both are named after immigrants, who at one time, bought the land and named it after themselves first by Michael Holland in 1857 and then, 1878 by Louis Hammel.
The Rockaways were affectionately known as the Irish Riviera because of its length and the large Irish contingent in Queens.
Perhaps its biggest attraction was the Playland Amusement Park starting at Beach 98th Street that operated from 1902 until it was closed in 1982.
Thirteen communities make up the Rockaways from the Southern tip all the way to the Nassau County line.
Along the way, you will find some of the most beautiful homes, especially in neighborhoods like Belle Harbor and Breezy Point with some of them featured in films and sitcoms.
Superstorm Sandy devastated many parts of the Rockaways in October of 2012. The hardest hit areas were those on the western end with many homes destroyed by the initial floodwaters. Then the fires that followed destroyed as many as 130 homes by the high water and flames. They burned to the ground as the fire department was unable to reach them due to flooded streets that became impassable.
At Beach 92nd Street adjacent to the 100th Police Precinct is 266 Engine, also known as the Holland House.
Organized as Engine 166 on September 1,1905, its original location was at 211 Beach 86th Street. They changed over to Engine 266 on January 1,1913 and moved into their current location at 92-22 Rockaway Beach Boulevard in December of 1922 at the completion of the new firehouse.
They shared their quarters with the 47th Battalion from the same year until the chief moved in October of 2004.
A funny thing happened to me back in 2002. It was in the summer and just before the anniversary of 9/11. I stopped at 266 Engine to get a t-shirt and a company patch.
I rang the bell and introduced myself as I knew no one here. As usual and gracious as firemen can be, I was invited in and a conversation ensued. Next thing you know, I am asked to stay for lunch.
Between the lunch and the conversation about the job and who knows who and where, six hours went by. When I left, I went to get in my car and it was gone!
The feeling I had at that moment was, “wow it must have been stolen.” I now know the feeling that many people experience when their cars are stolen. It’s not a good feeling, but at the same time, I was relieved that I did not keep anything of value inside.
After five minutes, I went back to the firehouse and I told them where I parked. I did not realize that the firehouse has a parking lot for them in the back, so I parked across the street in a residential complex with parking specific for the residents.
So, two of the firefighters took me next door to the precinct and sure enough my car was towed because of non-resident parking.
Back at the firehouse, they knew the place that towed my car and they called them up and tried to get the guy to reduce charge, which wasn’t happening. I was just happy that it was not stolen and I was getting it back.
So they call down the lieutenant, explained it to him, and they drove me over Beach 54th to get my car. That was that, 150.00 dollars later. They did not have to do what they did that day. I was taken care of from start to finish.
I thanked them as best I could for all they did, which was terrific. One man stood out above all and that was Bob Tilearcio, also known as Skippy, in the Rockaways, the senior man in the house with 32 years on the job and counting.
I remain friends with Bob to this day and we talk and get together as often as possible. He is a true gentleman and I consider myself lucky to have him as a friend.