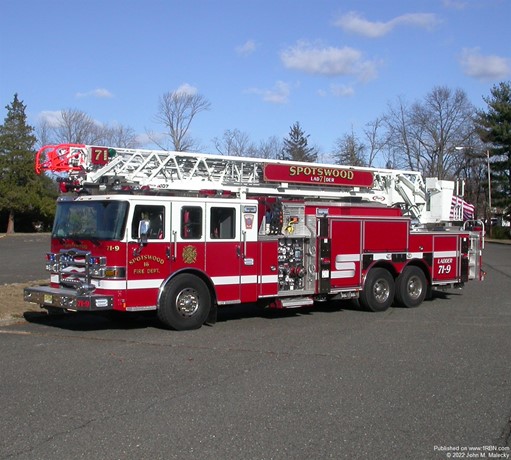 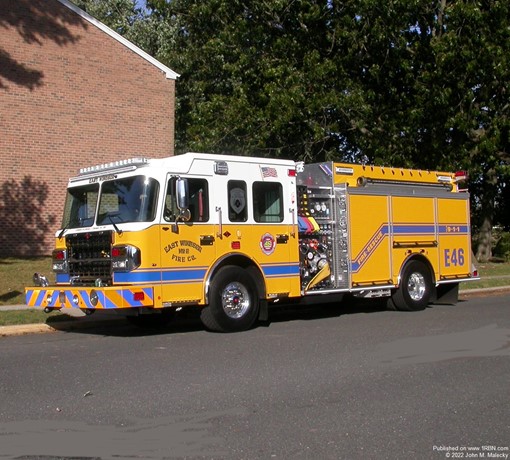 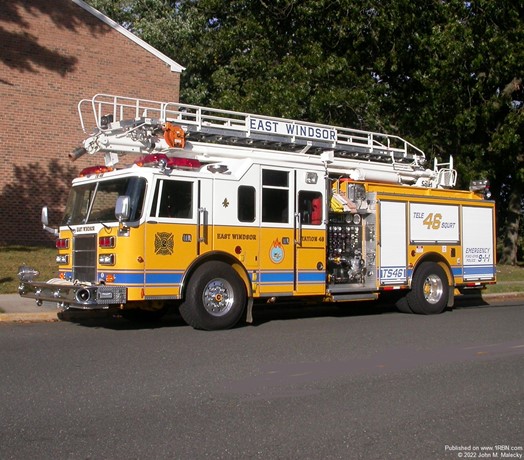 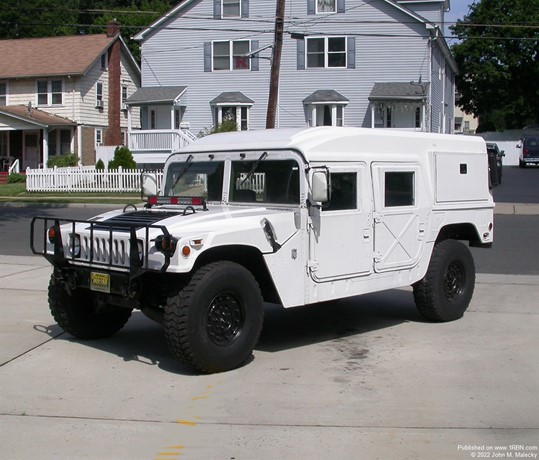 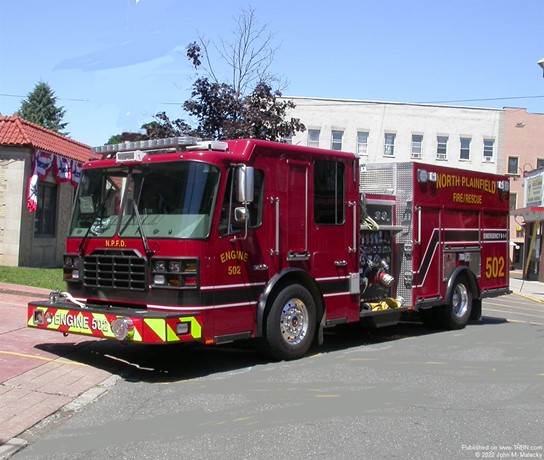 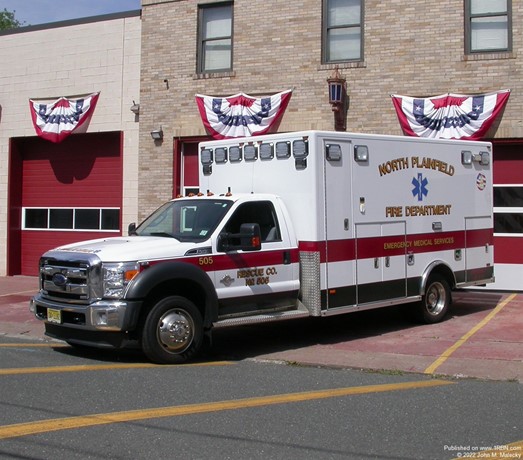 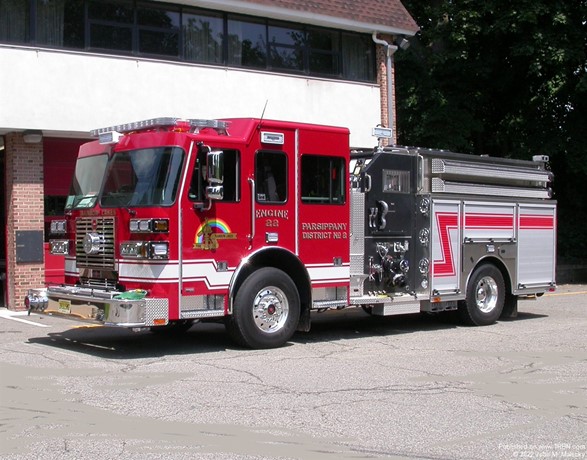 APPARATUS OF THE MONTH
By John M. Malecky February, 2022

The Spotswood Volunteer Fire Department (Middlesex County), was organized in 1898 as the Enterprise Hook & Ladder Company. A search of the available history however does not record them as having a ladder truck. The first apparatus mentioned were pumpers. Their first motorized pumper was a 1921 Model “T” Ford that has been restored and is part of the fire company. This past year they have placed in service their first aerial which runs as a first out piece. It is a Pierce Enforcer 107-foot Ascendant quint in which the compartments have been redesigned to allow for a 650-gallon water tank. Its basic responsibility is as an engine and/or a ladder. Though it has some related tools and equipment, it is not first out on rescue calls. The pump is of the PUC design to allow for more storage space. Going back into history, the traditional definition of the name “quint” would not apply to almost all apparatus called “quints” today! A true quint had a full complement of ground ladders (208-feet), as well as a rated pump, water tank, hose bed and an aerial device. Most quints of today fail the ground ladder footage requirement. It is just a convenience term used for lack of any other designation. Also, the traditional quint back in history would require a 10 firefighter crew. Today in many if not most fire departments, a 10 firefighter complement could be a full first-alarm response with three apparatus! But let’s get back to the Spotswood truck. They had to extend the middle bay to accommodate the vehicle. It has an 11-foot seven-inch travel height and is powered by a Detroit DD13, 525 horsepower diesel engine. The pump is a Waterous CMU 2000-GPM with (two) 1 3/4-inch and (one) 2 ½-inch crosslays and a crosslay of three-inch and 2 ½-inch deadlays. The ladder has an Akron Stream Master II ladderpipe. It also has a transverse storage compartment, a Harrison 8 kw hydraulic generator, a 150-foot electric cord reel and both FRC and Whelen lighting.

In other photos we are showing two from East Windsor VFC 2. One is a new Spartan ER pumper/tanker on a Gladiator EMFD chassis with 21-inch stainless steel bumper and 10-inch raised roof cab. Specs include a Cummins X15, 565 hp diesel engine, Waterous CVSU 1750-GPM pump with (two) two-inch and (one) 2 ½-inch crosslays, Akron HiRiser deck gun, 1500-gallon Pro Poly water tank, ROM roll-up compartment doors, a Harrison 8 kw hydraulic generator and Whelen scene lighting. It shares quarters with the next photo, which is a 1994 Pierce Lance 50-foot Telesqurt. It has a 2000-GPM pump and a 750-gallon water tank. Moving to the “Plainfields”, we have Unit H-603, a 1994 AmGen High Water Evacuation Unit which is quartered at Engine 3’s house in Plainfield (Union County). It was a donation. Next is North Plainfield (Somerset County) with E-502, a 2020 Ferrara Cinder pumper with a 1500-GPM pump, 750-gallon water tank and a 6 kw generator. Also riding out of the station is Ambulance R-505, a 2017 Ford F-450 SLT Super Duty/P.L. Custom Classic Type 1. Finally from Morris County is Engine 22 of the Rainbow Lakes FC in Parsippany Township. It is a 2020 Sutphen Monarch with a 1500-GPM pump, 1000-gallon water tank and 10 kw generator.

Emergency Equipment Sales & Service has received an order from the Cooper Health System for two custom FR Conversions Type II ALS ambulances on RAM Promaster chassis. They will be custom outfitted specifically for use in Camden.

Defender Emergency Products has received an order from East Orange (Essex County) for a second Rosenbauer apparatus. This one is a 100-foot Cobra mid-mount tower to join the 78-foot Viper quint. It will be a Fast Track Delivery of a custom stock unit. Specs include a Commander chassis with 60-inch cab, 11-inch raised roof and full length cab entry doors. Powered by a Cummins X15, 505 hp diesel engine, it has a 3/16 inch aluminum body, Rosenbauer Max Force bumper, hot dipped galvanized frame rails, custom storage, Amdor roll-up doors, Harrison 6 kw generator and Whelen lighting package. It will not have a pump or water tank.