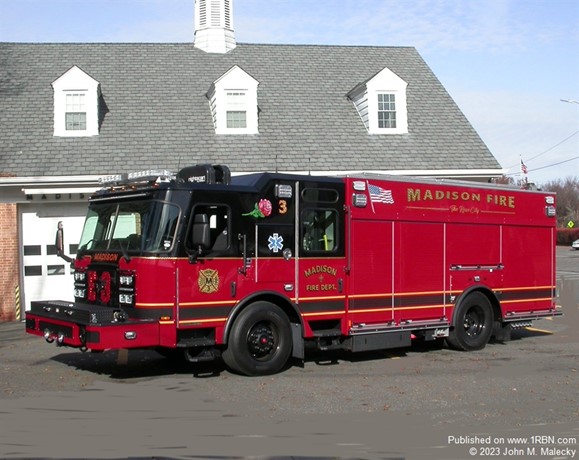 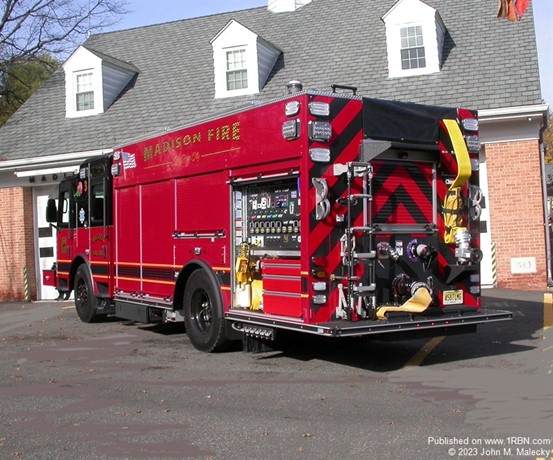 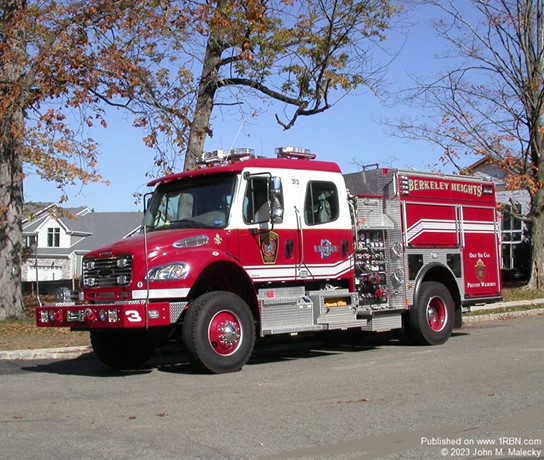 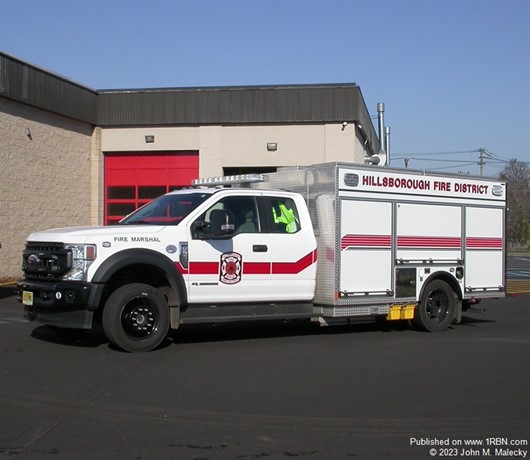 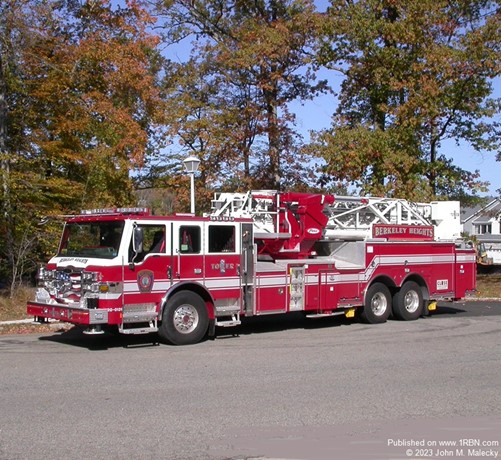 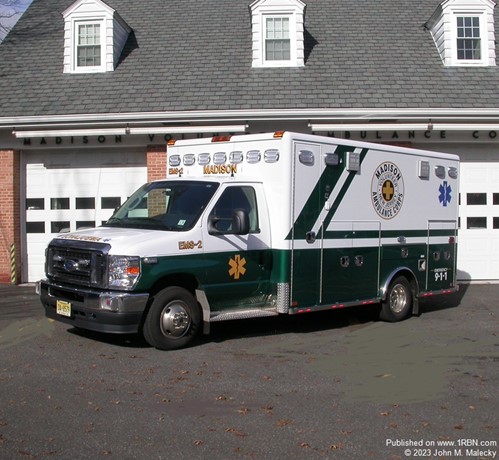 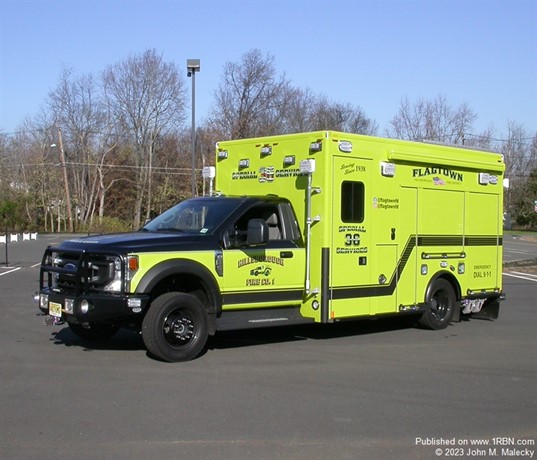 (Author’s Note: Last month I recognized the late Bruce Turcotte and his son for helping me to photograph Hopelawn apparatus. I stated Bruce’s son’s name was also Bruce, but it actually is Brian. Sorry for the error!)

This month we feature a new pumper from the Borough of Madison in Morris County. It is nicknamed “The Rose City” because at one time long ago it was No. 1 in the country for growing roses. This pumper, a 2022 E-ONE Cyclone, has a rear mounted pump panel (at the left/rear), and has rear discharges with the exception of the 2 ½-inch front bumper discharge wyed to two 1 ¾-inch attack lines. This gives the engine a means to provide water from both the front and rear of the vehicle. The pumper leads in a structure fire response followed by the aerial ladder. The pump panel location provides the convenience of having the controls near most of the discharges along with protection from the elements being behind a roll-up compartment door when traveling. The City of Morristown (the county seat), further west has two older pumpers from a different manufacturer with rear mounted pumps. Features and equipment on this pumper include a Cummins X15, 500 hp diesel engine, a Waterous CX 1250-gpm pump, Waterous Aquis 3.0 foam system with a 200P, PTO Platinum CAFS, a 40-gallon Class “A” foam cell, Akron DeckMaster monitor, Pro Poly 500-gallon water tank, ROM roll-up compartment doors on the body, a 9,000-pound Pierce portable winch, a Harrison 6 kw generator and lighting with Fire Tech scene lights and a Will Burt Night Scan. Also across the street from fire headquarters is the Volunteer Ambulance Corps, which has a 2022 Ford E-450/Horton Model 523 ambulance. Other photos featured include two in Berkeley Heights (Union County). One is Engine 3, a 2018 Freightliner M2/Pierce interface pumper with 1000-gpm pump and 500-gallon water tank. It replaces an old Hahn pumper which served them well and later had been designated to responding to brush and grass fires. The other apparatus is Tower 2, a 2020 Pierce Velocity 100-foot Ascendant platform, which also has a 10 kw generator. It is strictly a truck company with no pump or water tank. It is mid-mounted as opposed to its predecessor, which had a rear mounted platform and now serves Atlantic Highlands in Monmouth County. It was shown in the “Where are they Now” feature in a past issue. Finally, we have two units from Hillsborough Township (Somerset County). One is from Fire Company 1 (Flagtown) and is SS 36, a special operations unit. It is a 2022 Ford F-600, 4x4/Rescue 1 with a 193-inch wheelbase, 14-foot six-inch walk-in body with roll-up compartment doors, seating for five, and driver’s side awning, 9,000-pound winch, Fire Tech lighting and a Honda 1 kw portable generator. It is of similar design to the one in Plainsboro. Finally the last one is Mini 10, a 2021 Ford F-550 XL/Pierce 1500/300/30 which is stored in a separate township building (not a fire station) and is manned by a fire inspector certain hours during the week and responds to all calls.

VCI Emergency Vehicle Specialists report two Horton ambulance deliveries in Burlington County. One is a 553 on a Ford E-450 chassis to the Hampton Lake Emergency Squad in Vincentown, and the other is a 555 on a Ford F-550 4x4 chassis to the Mansfield Township Ambulance Corps in Columbus. Ambulance orders include five Horton 603’s on Ford F-550 4x4 chassis for the Union County EMS and a Road Rescue remount for Wall Township (Monmouth County).