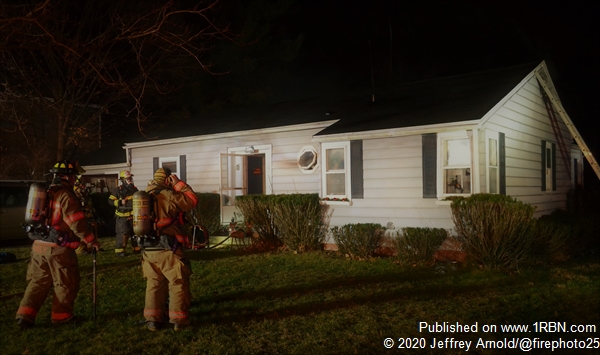 Avon, NY - On December 30, 2020 at 8:27 P.M., East Avon, Avon, Lima and Caledonia Fire Departments were dispatched to a reported basement filling with smoke at 5024 Lake Road in Avon. Avon Police and Livingston County Sheriff's deputies arrived on location with heavy smoke showing and a person trapped in the basement. The Caledonia FAST team was put to work on fire suppression and the FAST team from Livonia was requested to the scene. The resident was removed from the home by firefighters, but unfortunately was pronounced dead a short time later. The blaze was brought under control in about 20 minutes. Livingston County Fire Investigators believe that a faulty space heater was likely the cause.