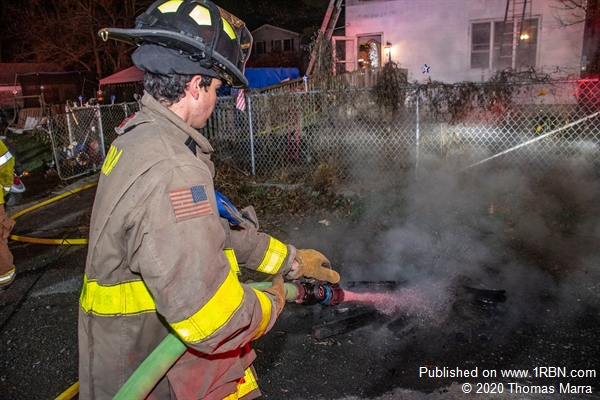 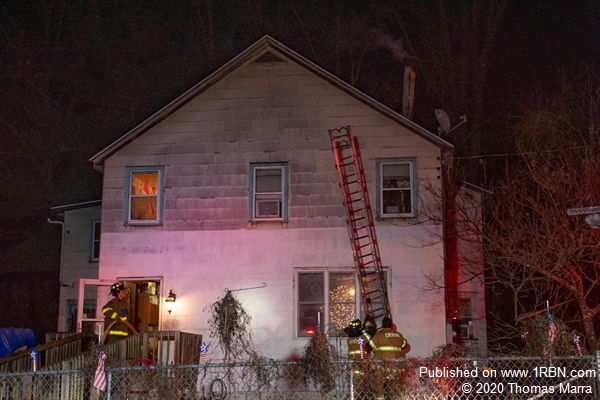 Photo by Thomas MarraA Ravena couple was charged with animal cruelty following a chimney fire at their home. 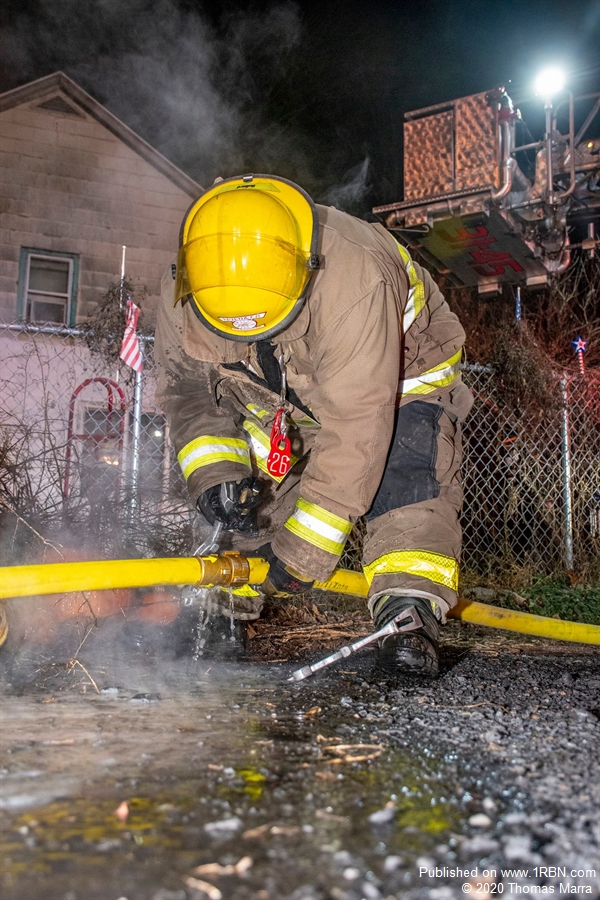 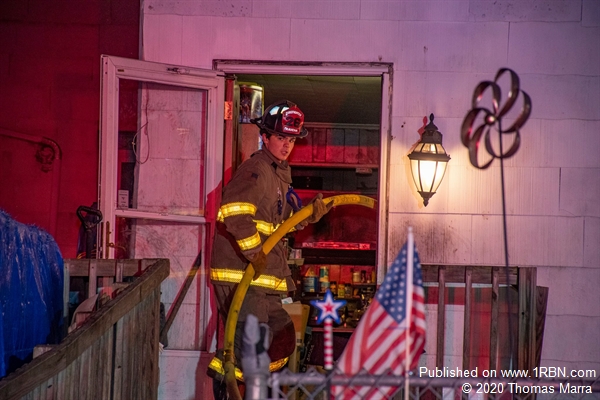 Photo by Thomas MarraFirefighter Jack Morrow of Ravena Fire pulling hose into a home in Ravena for a chimney fire. 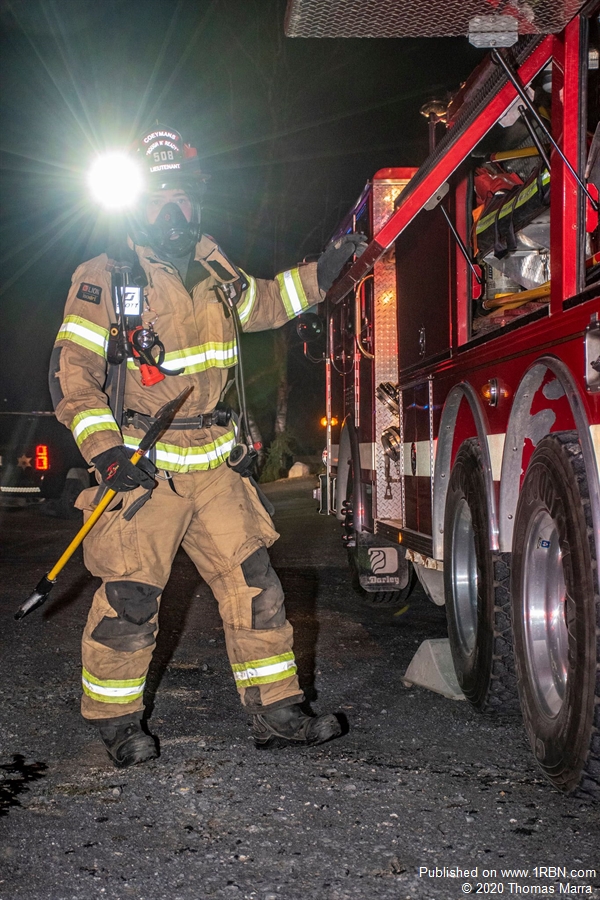 Photo by Thomas MarraFirefighter Ryan Williams of Coeymans Fire grabbing tools off the truck for a chimney fire in Ravena. 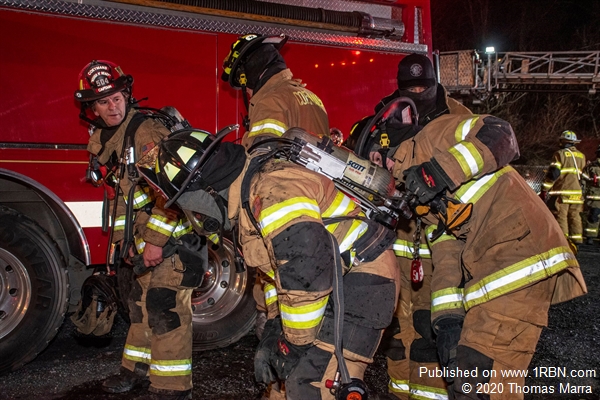 Photo by Thomas MarraFirefighters on the scene of a chimney fire in Ravena where the homeowners were arrested and charged with animal cruelty following the call. 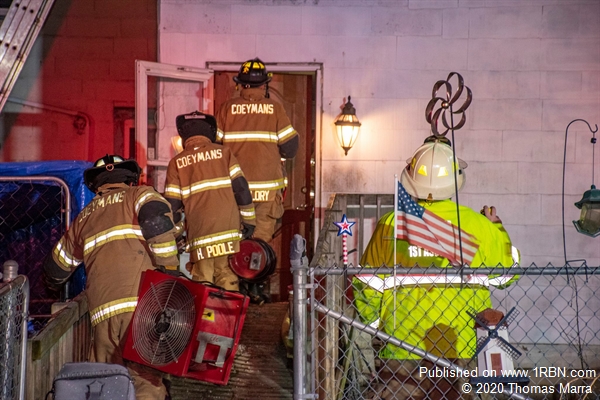 Photo by Thomas MarraA Ravena couple was arrested and charged with multiple counts of animal cruelty following a chimney fire at their home. 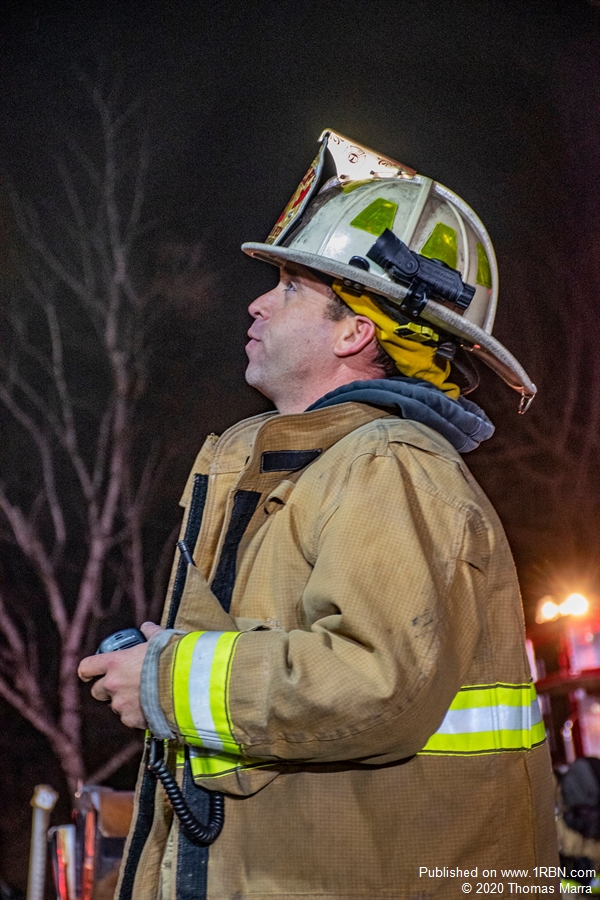 Photo by Thomas MarraRavena FD Chief Jeff D'ambrosio on the scene of a chimney fire that led to the arrests of the homeowners on animal cruelty charges.

Ravena, NY - A Ravena couple has been arrested and charged with multiple animal cruelty charges following a fire department response to their residence on Monday, December 7, 2020.

The Ravena and Coeymans Fire Departments were called to 2226 Route 9W in Ravena for a reported fire just after 5:00 A.M. Arriving units found a heavy smoke condition on the second floor of the structure.

Crews entered the structure and discovered a chimney fire that had extended into the attic, according to Deputy Chief Kevin Phillips of the Ravena Fire Department. Crews pulled down ceilings to access the fire in the attic and extinguished most of the fire with fire extinguishers. Deputy Phillips said the fire was contained to the second floor bedroom and the attic space.

The temperatures were very cold the morning of the fire which led to an icy surface on the ramp going to the front door of the structure. Phillips says no firefighters slipped on the ice and there were no injuries reported on the scene.

After fire crews cleared the scene around 7:15 A.M., law enforcement made their way inside the residence where they discovered cases of animal cruelty.

"The Sheriffs are part of the fire investigation team, so they discovered what was going on inside that house," Phillips said. According to a report from the Albany County Sheriff's Department, there were multiple dogs found in cages, with some cages containing two dogs inside.

"Inside the home, investigators also discovered a strong odor of feces and urine emanating from the residence," according to the report.

Nine dogs, one cat, two rabbits, four chickens, one duck, two bearded dragons and one tarantula were reported to have been seized from the property with various medical needs.

The couple was arrested and charged with 15 counts of Failure to Provide Proper Sustenance and Cruelty to Animals. They were both released on appearance tickets to appear in the Town of Coeymans Court.