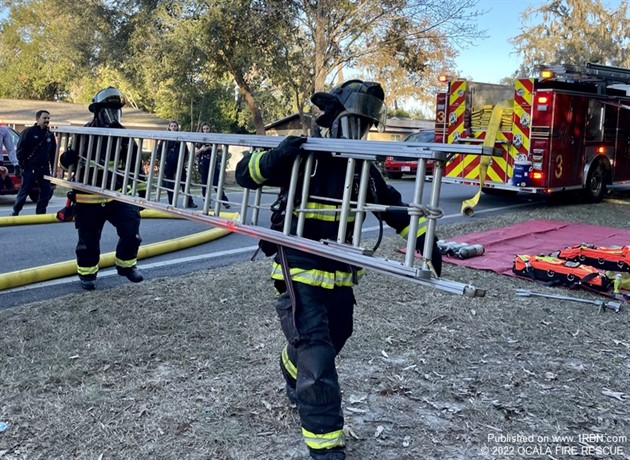 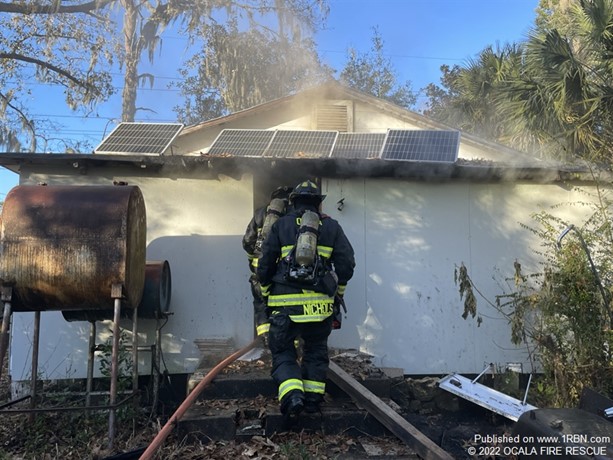 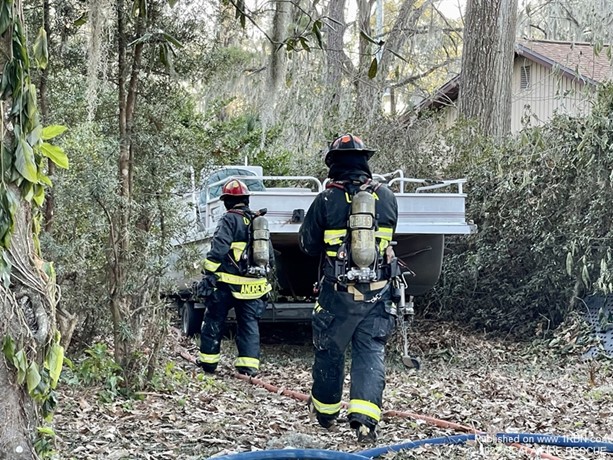 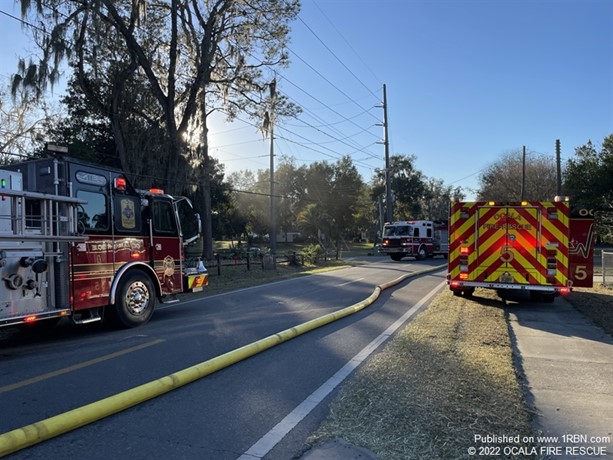 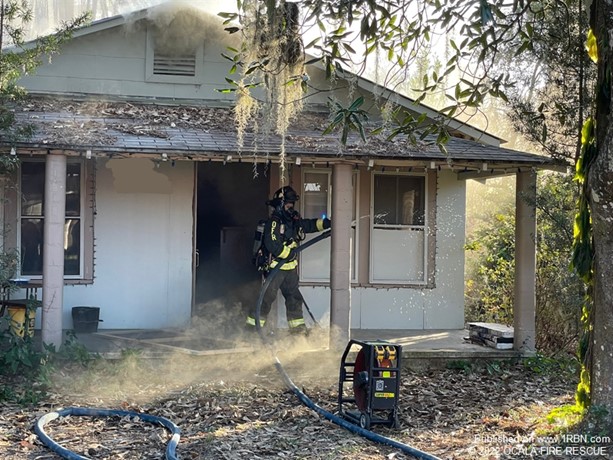 Upon arrival, Engine 5 found a single-story home with smoke showing from the front attic vent. Crews completed a 360° inspection of the residence, spotting flames in the rear.

Nobody appeared to be home.

Using a preconnected hose line, Engine 5 began attacking the fire in the back while Engine 3 pulled a secondary hose line through the front. Engine 1 searched for fire extension in the attic. Tower 1 secured utilities.

Although the fire was confined to an enclosed storage area in the back of the residence, fire, smoke, and water damage made the home uninhabitable. One resident was displaced.