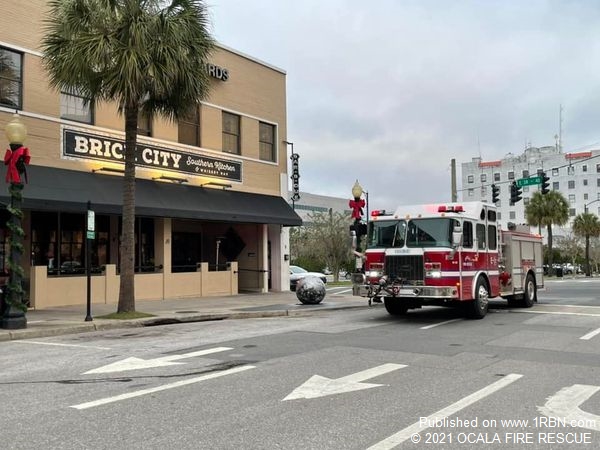 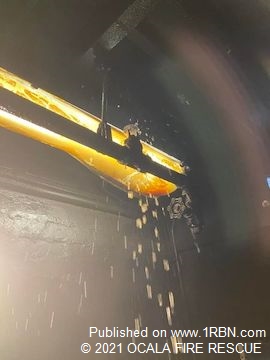 Ocala Fire Rescue’s Engines 1, 3, and 5, Rescue 3, Tower 1, and Battalion Chief 22, responded to reports of a structure fire at 7:21 a.m. Upon arrival, crews were advised that the fire was in the smoker room in the back of the restaurant.

Making their way to the rear of the building, firefighters found flames coming from the smoker and an active sprinkler keeping the flames at bay. Using a water can, crews extinguished the fire.

“The fire started as a result of grease buildup in the cooking equipment,” said Captain Anthony Ortiz. “The sprinkler system controlled the fire to the area of origin until fire crews arrived to smother residual flames and eliminate potential fire extension.”