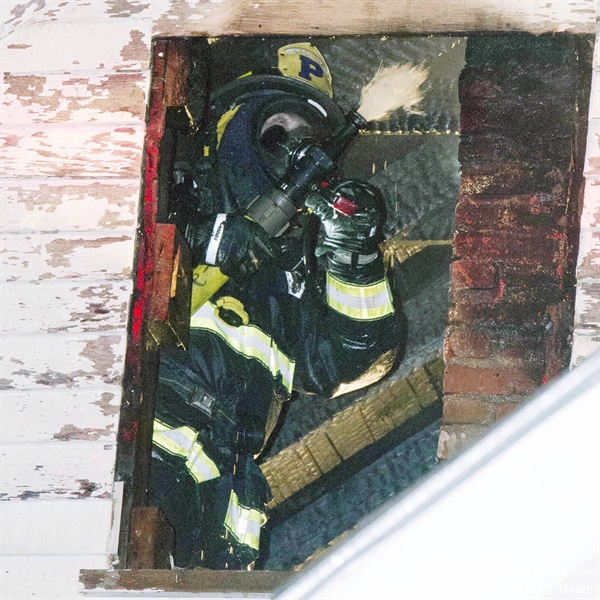 Photo by Jay L HeathA Laconia Firefighter open's up the nozzle to wash down the hot spots in the attic at this Second Alarm fire on December 26th. 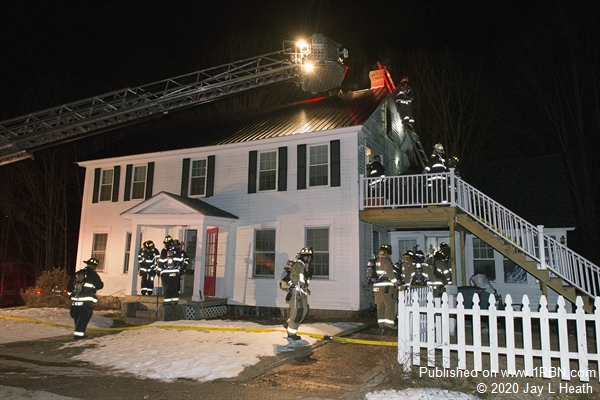 Photo by Jay L Heath Heavy fire in the attic was knocked quickly in this large 2 family duplex. 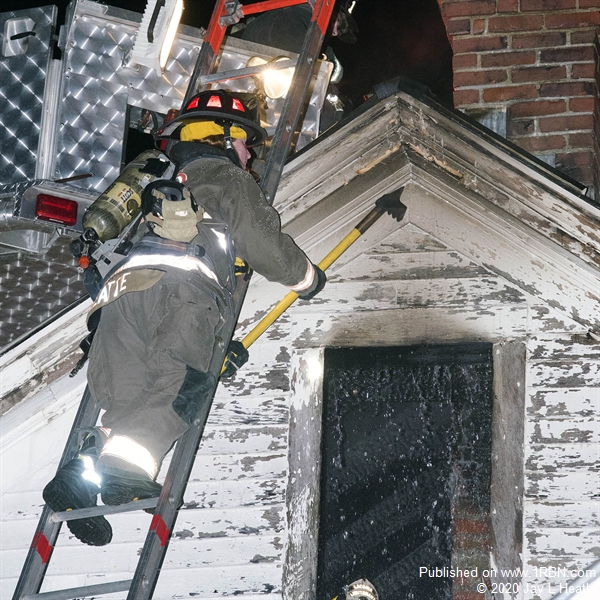 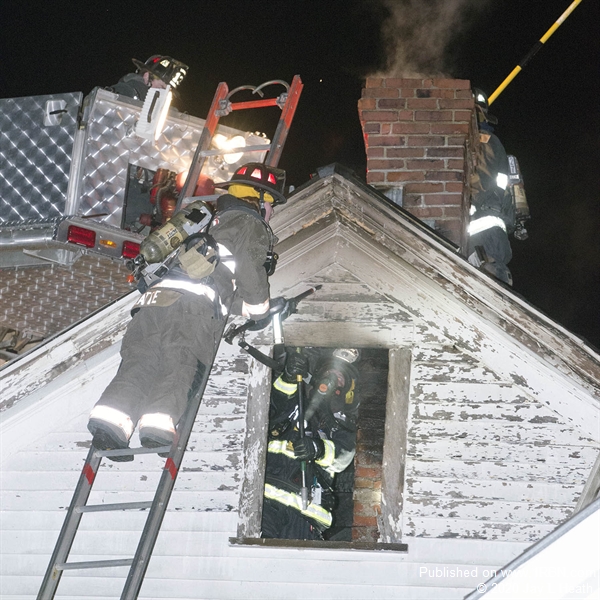 Photo by Jay L Heath Firefighters worked for an hour-and-a-half to bring the fire under control. 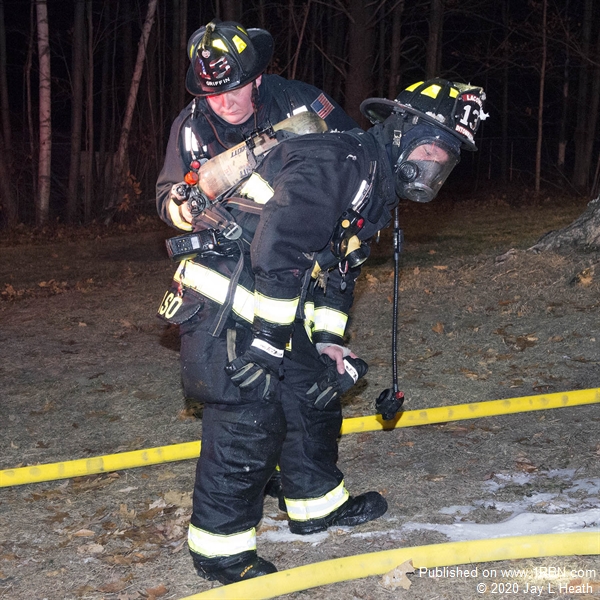 Photo by Jay L Heath A Laconia firefighter gets a fresh bottle to go back in to work on overhaul. 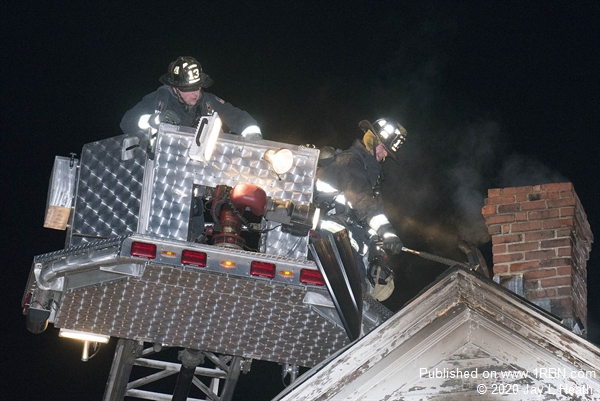 Photo by Jay L Heath Laconia Ladder 1 firefighters open up the roof to check for extension.

Laconia, NH - After battling a stubborn fire on Christmas day, City Firefighters again went to work on a second working fire the next day.

The Lakes Region Communications Center dispatched all Laconia fire companies, along with automatic mutual aid Engines from Gilford and Belmont at 9:37 P.M. for the occupants reporting the smell of something burning and a possible fire in the attic at 489-499 Elm Street. Laconia Central Companies arrived on scene and had smoke showing from the attic of a two-and-a-half story residential duplex. A second-alarm was requested, bringing in off duty personnel as well as mutual aid to the scene.

Firefighters accessed the second floor and found heavy fire in the attic, which was now starting to come through the roof as well. Although the main body of fire was knocked down quickly, the roof and the walls had to be opened to fully extinguish the fire in the void spaces and in the roof of the structure. It took approximately an hour-and-a-half to bring the fire fully under control, according to Fire Chief Kirk Beattie.

The cause of the fire was determined to be electrical, starting on the second floor in a breaker panel. Damage and loss are estimated at $100,000 and no injuries to civilians or firefighters were reported. Assisting at the scene were Gilford, Belmont, Meredith, Sanbornton, Tilton-Northfield and Franklin Fire Departments.