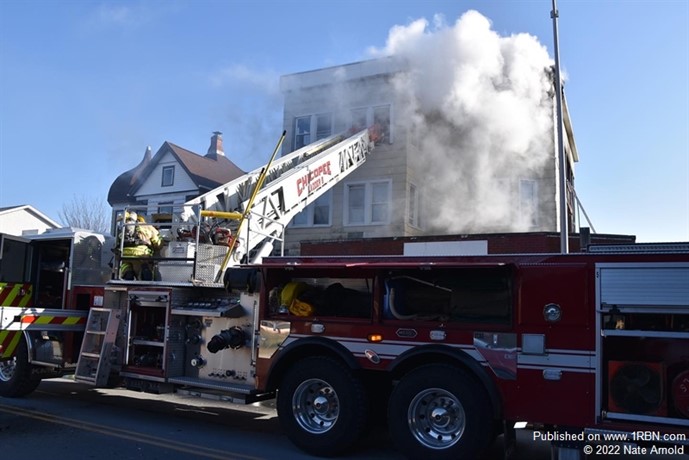 Photo by Nate Arnold CFD Ladder 5 with their main ladder deployed on the 'Alpha' side of 759 Chicopee St. 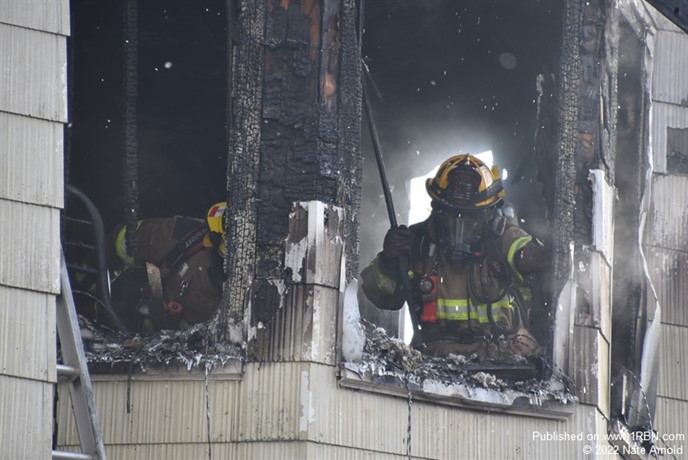 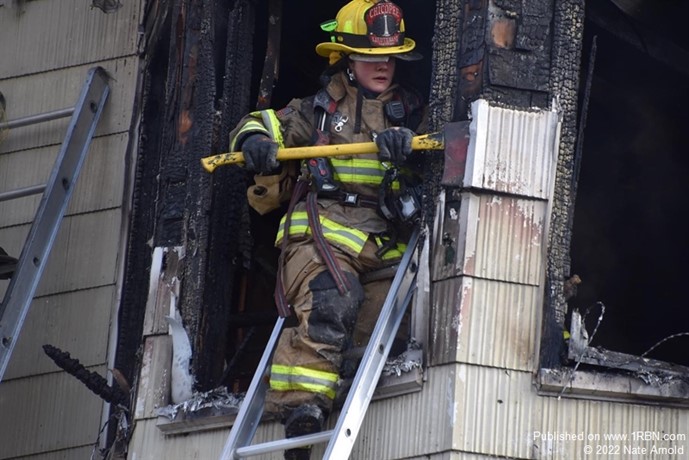 CHICOPEE, MA - A Christmas Eve structure fire went to two alarms and heavily damaged the third floor of a three-story mixed use occupancy in the Willimansett neighborhood of Chicopee, MA while also sending two residents and one firefighter to the hospital for treatment of injuries.

911 calls began coming into WESTCOMM PSD at noontime on December 24th with callers reporting that the third floor was on fire and that a child was trapped inside the building. With this information, CFD’s on duty Deputy Chief ordered the second-alarm be struck even before he arrived on scene to ensure that he had more manpower for the tasks at hand.

First due Engine and Ladder 5 arrived on location to find heavy fire venting from the third floor 'A/D' corner of the building. Companies secured a water supply and went into search, rescue and suppression operations simultaneously. The 5-year-old resident was located and removed from the structure to an awaiting ambulance and the bulk of the fire was knocked down within 30 minutes. Crews then began the long and arduous process of checking for extension and overhauling the fire apartment which took another two hours to complete.

In addition to the young resident, another resident was also taken to the hospital for treatment of injuries sustained. One CFD member received non-life-threatening injuries during the fire fight that also required transport to the hospital.

The remaining residents were assisted by the Red Cross, and the cause of the fire remains under investigation.