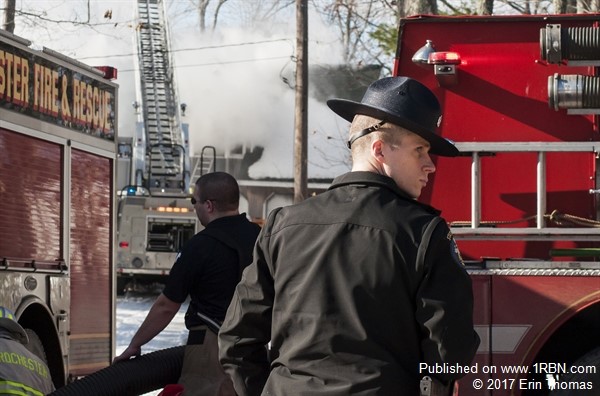 Photo by Erin ThomasA Maine State Trooper on the scene of a first-alarm fire in Lebanon on December 20, 2017. 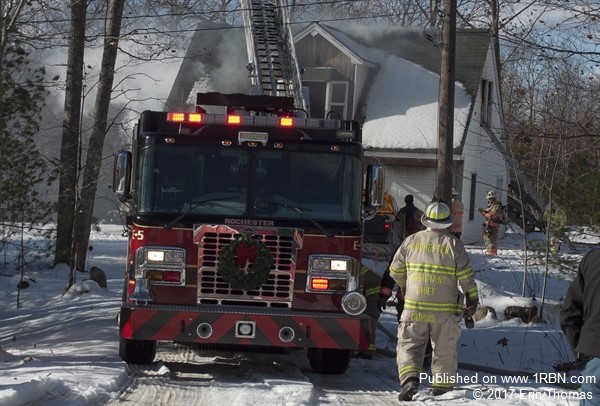 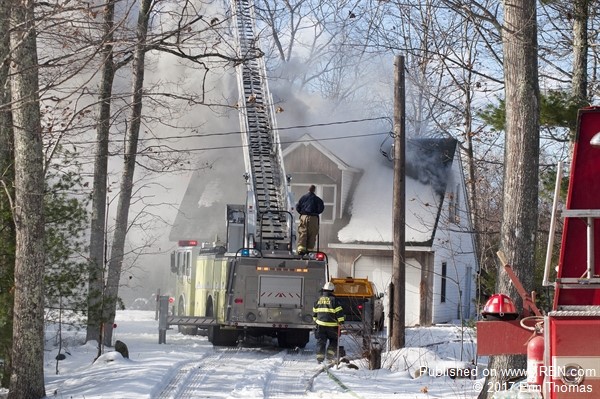 Photo by Erin ThomasBerwick Ladder Truck and South Berwick firefighters responded in Lebanon for a first-alarm fire that was started by a suicidal man. 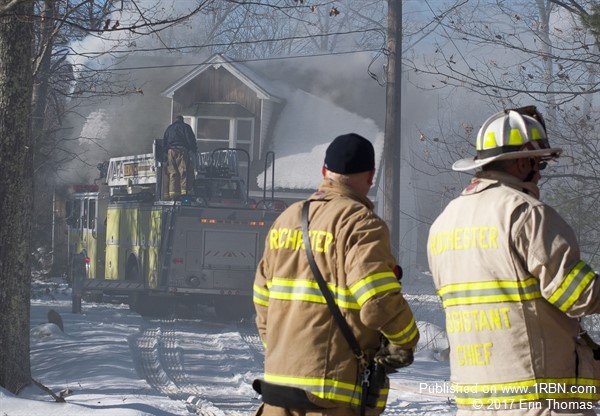 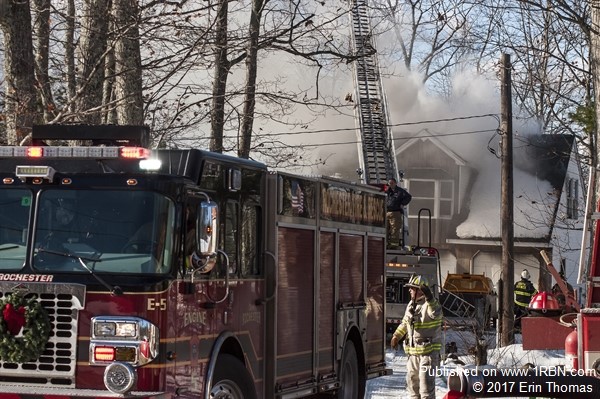 Photo by Erin ThomasRochester, NH and Berwick and South Berwick, ME assisted Lebanon at a structure fire on December 20, 2017. 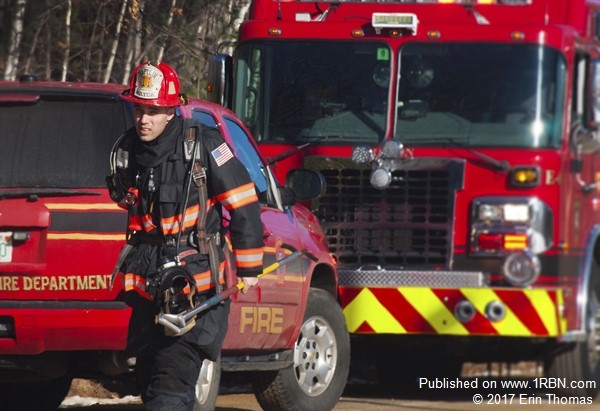 Photo by Erin ThomasMilton, New Hampshire Firefighter arriving on the scene of a structure fire in Lebanon on December 20, 2017.

Lebanon, ME - At approximately 11:44 A.M. on December 20, 2017 a passerby reported a possible fire inside a home on Shapleigh Road in Lebanon.

A first-alarm was called for mutual aid agencies to respond. Lebanon Firefighters and a ladder truck from Berwick, Maine responded on scene and the fire was knocked down within approximately 15 or 20 minutes. Rochester, Milton and Somersworth, New Hampshire, as well as South Berwick and Acton, Maine also responded to the scene.

The body of a man was discovered in the second-story apartment above the garage during the primary search of the residence.

Maine State Police have now reported that the 58-year-old sole resident that was living in the home used a flammable liquid to set the inside of the home on fire before shooting himself with a firearm on Wednesday morning. Cause of death was confirmed by an autopsy on December 21, 2017. The fire gutted the entire home.