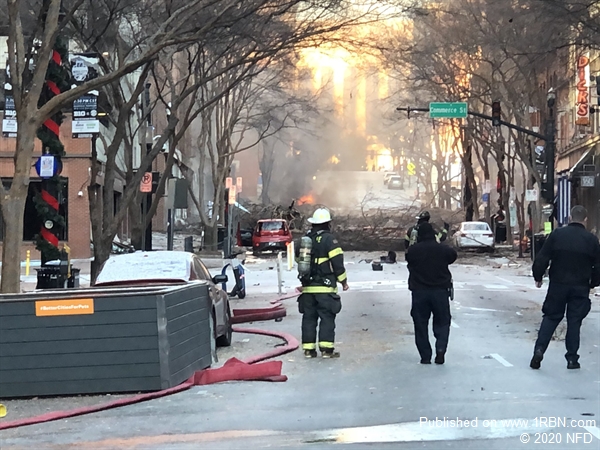 Photo by NFDScene of where the explosion occurred. 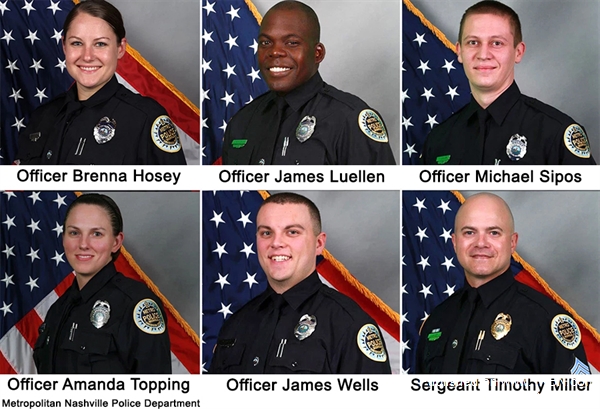 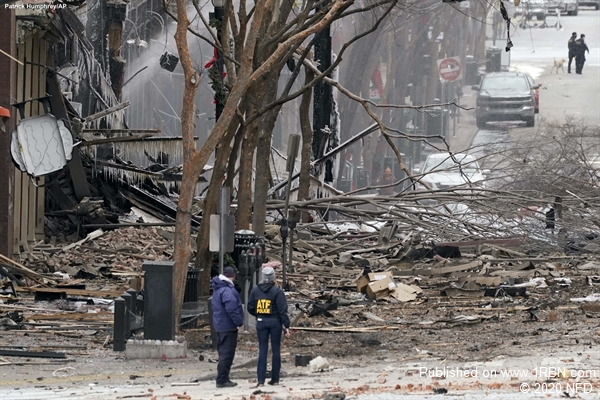 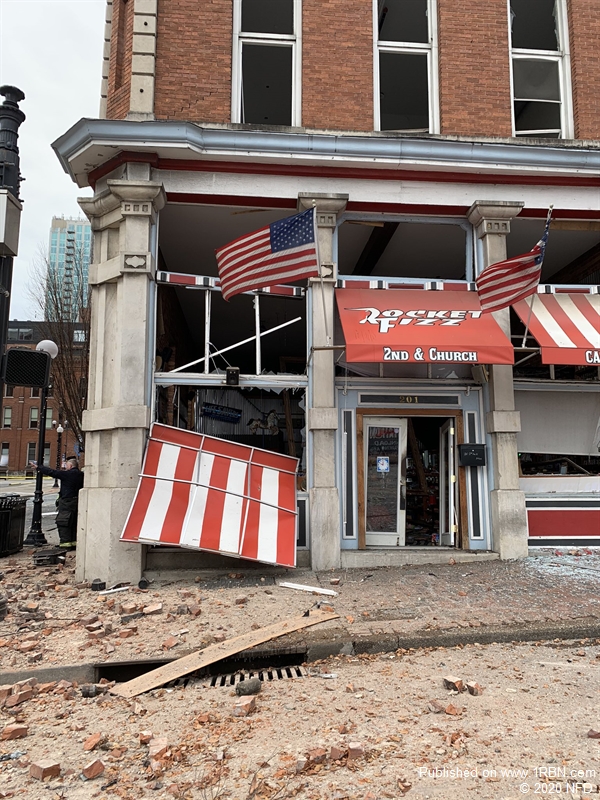 Nashville, TN - MNPD, FBI, and ATF are investigating the Christmas morning intentional 6:30 A.M. explosion of an RV outside of 166 2nd Avenue North downtown.

Officers responded to a shots fired call on 2nd Avenue at approximately 5:30 A.M. The department’s Hazardous Devices Unit was called to check the RV. As those officers were en route, the vehicle exploded outside of an AT&T transmission building. Multiple buildings on 2nd Avenue were damaged, some extensively.

The computerized voice emanating from the white motor home offered a terrifying warning: "This vehicle will explode in 15 minutes." The voice repeated the message, counting down as the minutes passed.

As the countdown continued, six police officers who heard those warnings sprang into action, helping residents in downtown Nashville evacuate before the motor home made good on its threat and exploded.

Nashville Mayor John Cooper praised the six responding officers, saying they "took swift action and directed people away from danger to save lives, even at the time that their own lives were imperiled."

The bomb tore through the neighborhood in the pre-dawn hours, yet only injured three people thanks to the officers' quick work and bravery, officials said.