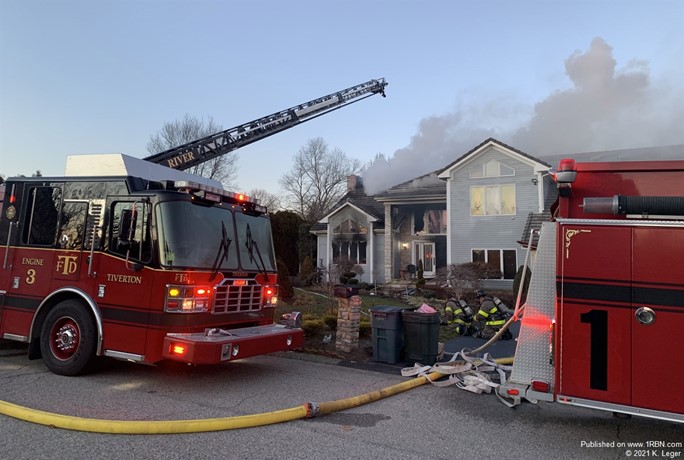 Photo by K. LegerSmoke pours out of the roof.

TIVERTON, RI - Shortly before 4:00 P.M. on December 23, 2021, Tiverton firefighters were called out to a two-alarm fire on Cherry Lane.

Command immediately called for a tanker task force to be activated, as well as a ladder truck from Fall River, Ma. Tankers came from multiple communities, as this home was located outside the hydrant district. Fall River sent an additional engine company as well.

Heavy smoke was showing on arrival and it appeared that two rooms were fully involved.