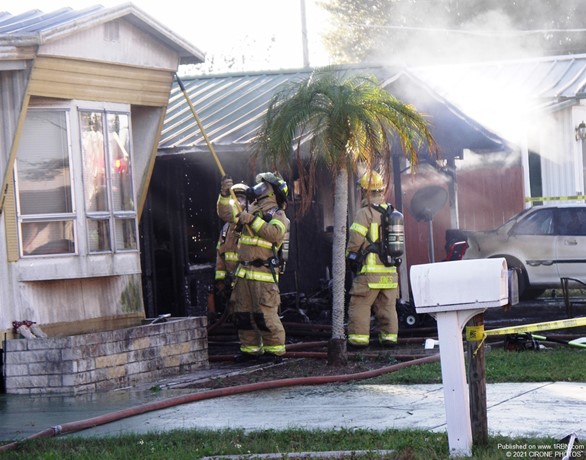 Photo by CIRONE PHOTOSPulling the eves on the exposure. 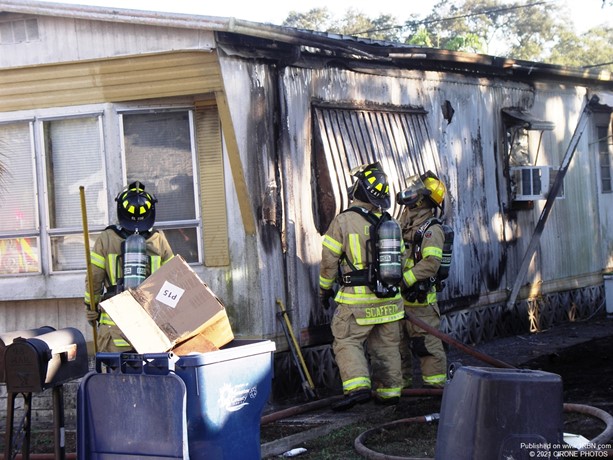 Photo by CIRONE PHOTOSChecking for extension. 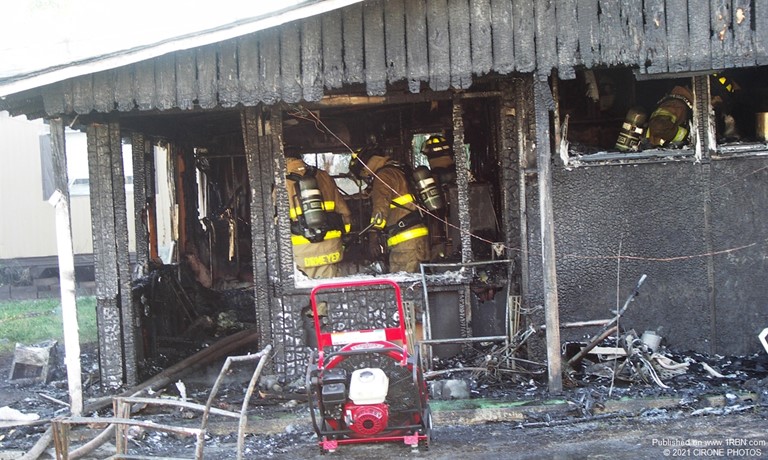 Photo by CIRONE PHOTOSSearching for the family pets. 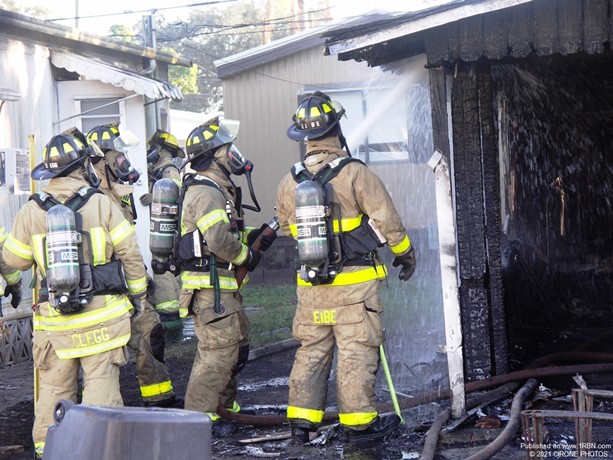 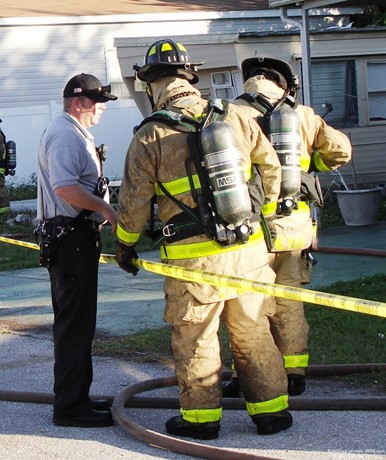 Cedar Hammock Fire District responded to there second working fire in Pic Town Estates in less than a week. Units responding to this incident on 51st Ave could see a column of smoke as they responded, dispatch also relayed that they were receiving multiple calls. On arrival they found one mobile home fully involved and a second starting. Companies had to lay in on narrow roads. Occupants of both houses made it out, the red cross was assisting the displaced residents.