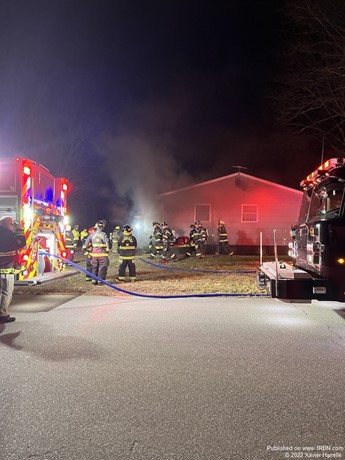 Photo by Xavier HarrelleMortlake's Engine 190 crew stretched a line through the rear bulkhead and quickly knocked the fire. 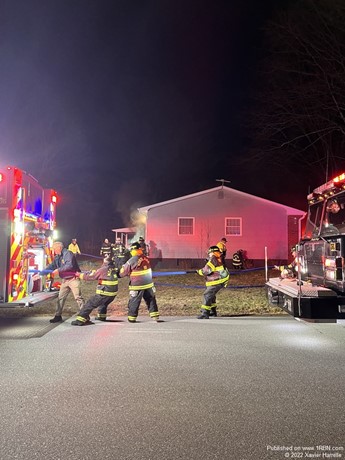 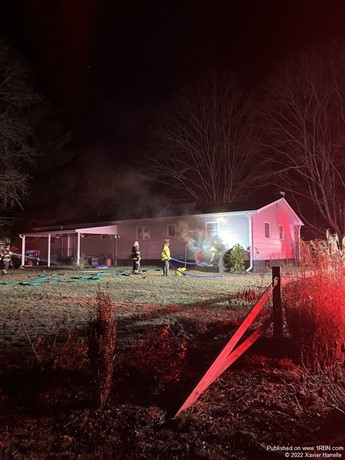 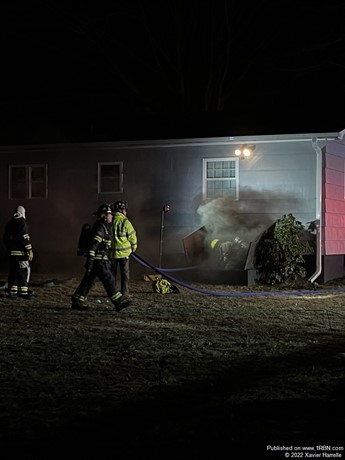 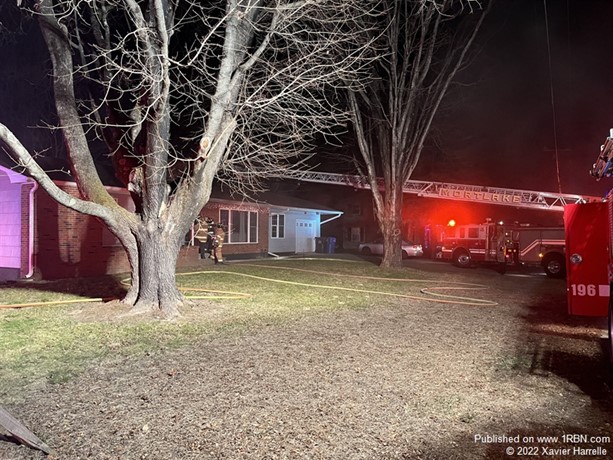 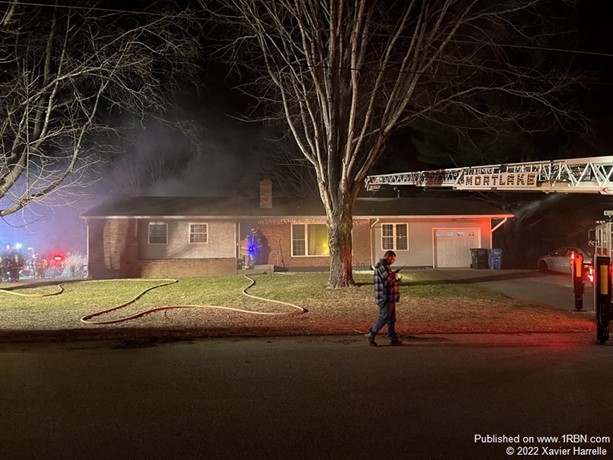 Photo by Xavier HarrelleLadder 190 flew the stick to the roof. 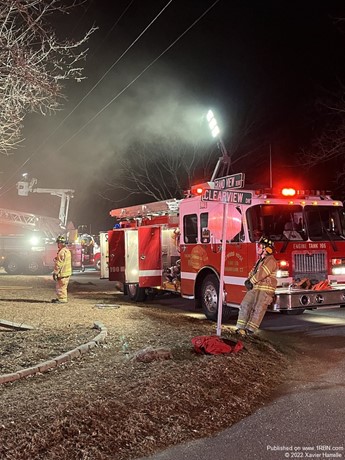 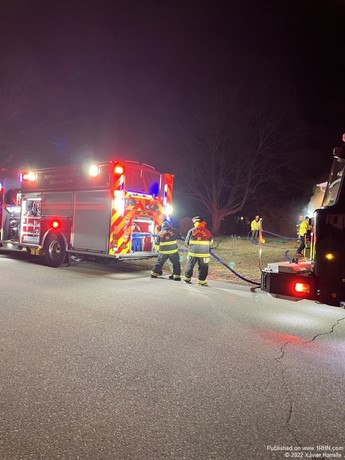 At 8:05 pm on Tuesday, 12/20/2022 the Mortlake Fire Department with mutual aid from East Brooklyn, Atwood Hose, Canterbury Engine 193, with the Central Village and Moosup FASTs were dispatched to 98 Grand View Terrace for a house fire. Car 92 arrived at 8:10 reporting nothing showing from a single story wood frame but that the homeowner was reporting a fire in their basement.

Engine 190 arrived at 8:16 and stretched a 1.75” hose line through the rear bulkhead where they found a working fire. Engine 192 arrived next and stretched a line through the front door. Ladder 190 set up on the "Alpha/Delta" corner and provided ventilation. Command requested 3 tankers at 8:32 so Plainfield, Scotland & South Killingly were added. Crews contained the fire and put it under control in a short time. The Brooklyn Fire Marshal’s Office is investigating.