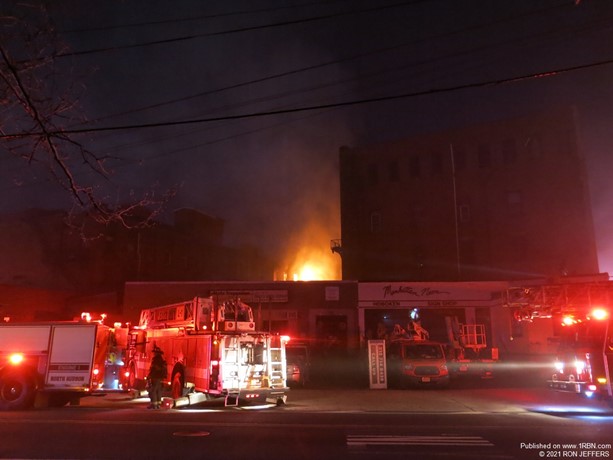 Photo by RON JEFFERSFlames vent out of windows at a courtyard area during a fire that involved a block-long commercial complex at 38 Jackson Street on the morning of December 20th. 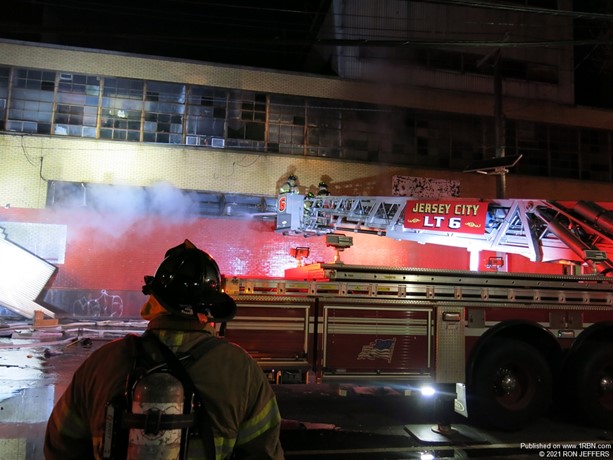 Photo by RON JEFFERSJersey City Tower Ladder 6 operates on the Jackson Street side of the Hoboken fire. 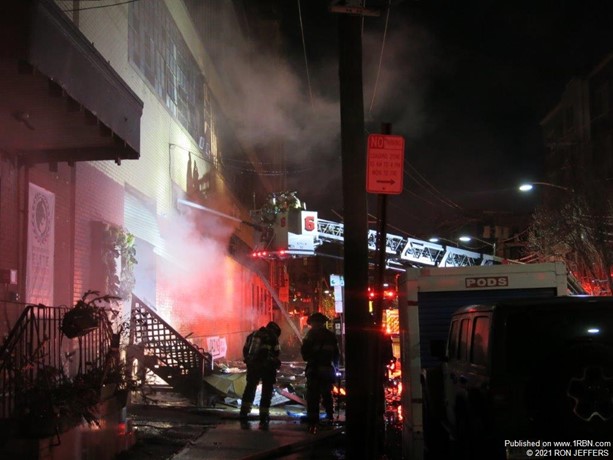 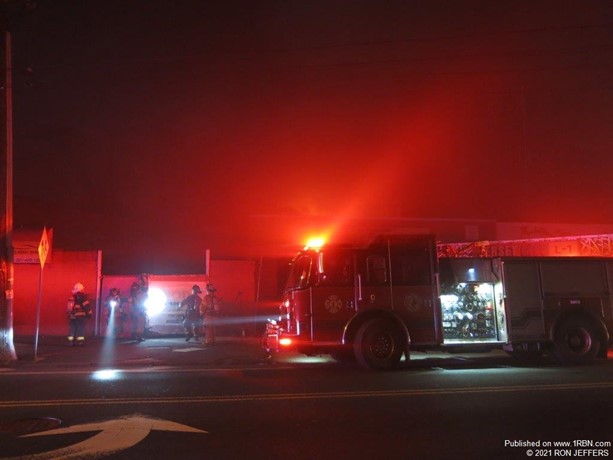 Photo by RON JEFFERSAccess to the seat of the fire was difficult and time consuming. 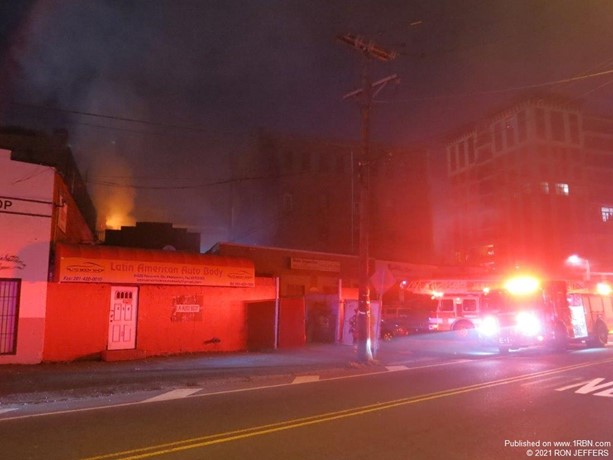 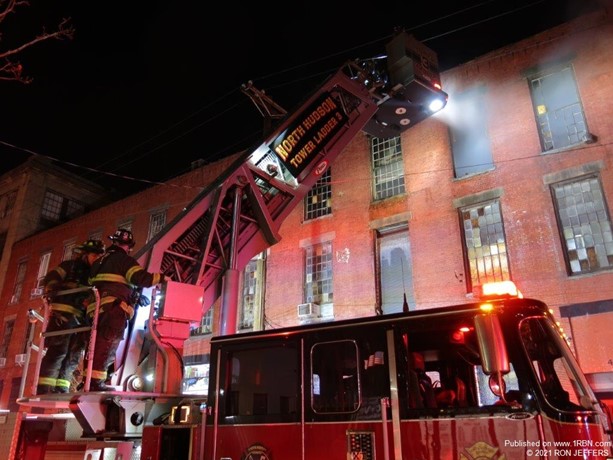 Photo by RON JEFFERSNorth Hudson Tower Ladder 3 operated on the Harrison Street side of the Hoboken complex.

HOBOKEN, NJ - Flames vented out of windows at a courtyard area during a long-duration fire that involved a block-long commercial complex at 38 Jackson Street, Hoboken, on the morning of December 20th.

A huge column of black smoke blended in with the dark morning sky, as well as over local streets. With the temperature in the 20's, Hoboken EMS set up a rehab station, with hot coffee and bottled water, on the Jackson Street side. The Jersey City Gong Club canteen set up on Harrison Street.

The complex has been converted into multiple businesses and artists' space. According to news reports, two bodies were found inside the warehouse. In addition, there were also reports of an explosion before the fire occurred.

The three-alarm fire is being investigated by the city police and fire departments, as well as the Hudson County Regional Arson Task Force.