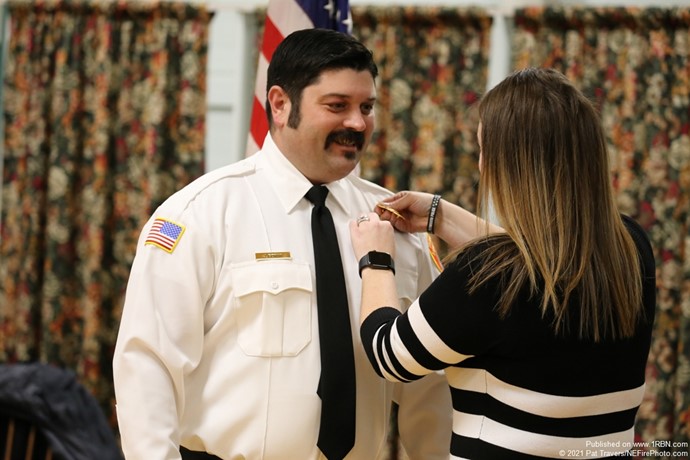 Photo by Pat Travers/NEFirePhoto.comChief Jeremy Bonan has his badge pinned on by his wife Jill following the swearing-in. 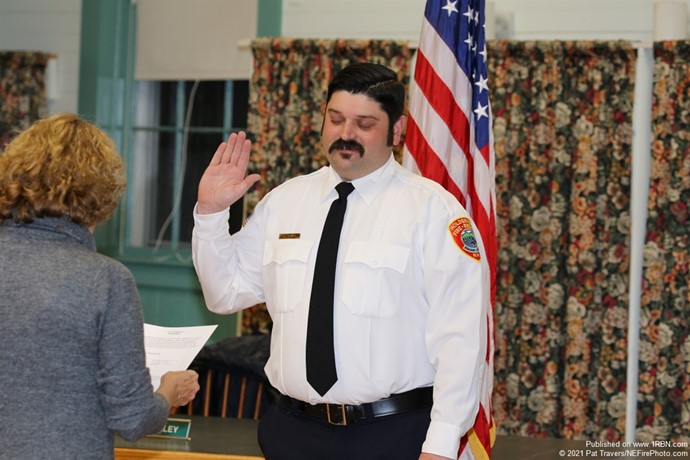 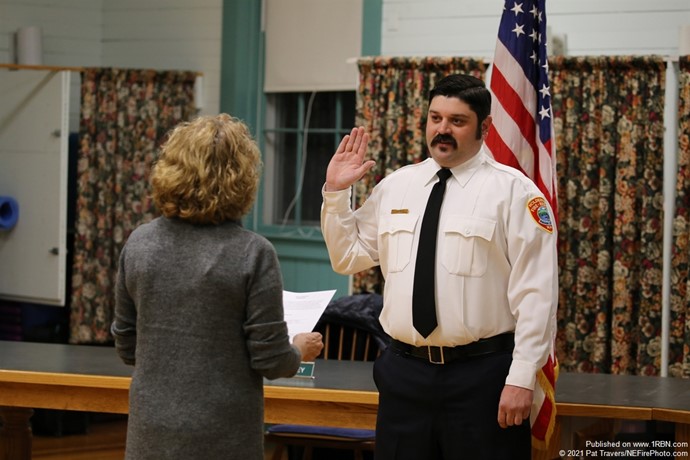 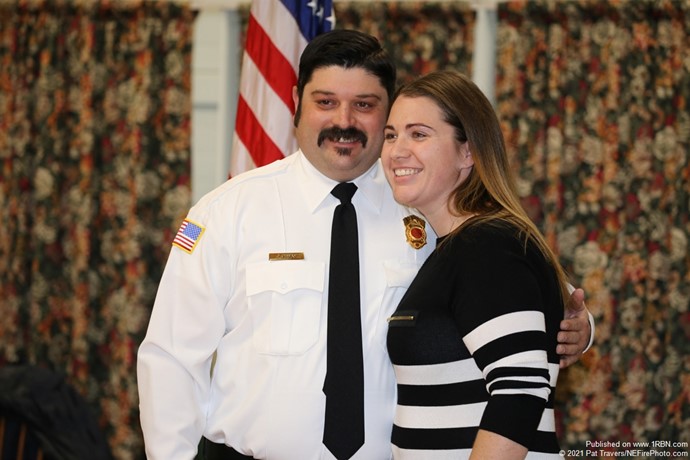 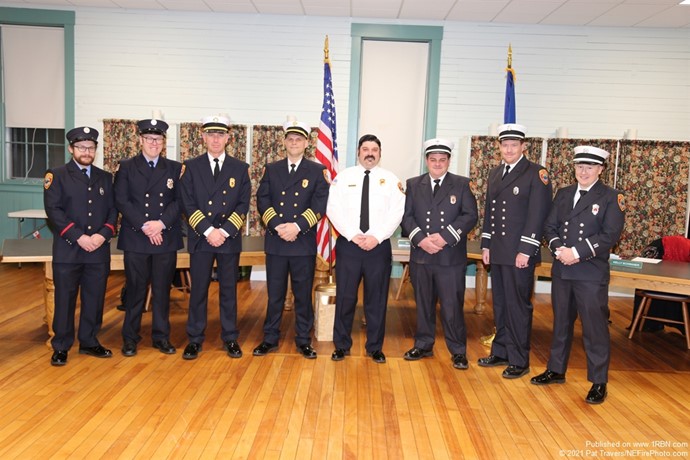 Photo by Pat Travers/NEFirePhoto.comMembers of the Holderness Fire Department pose with their new Chief. 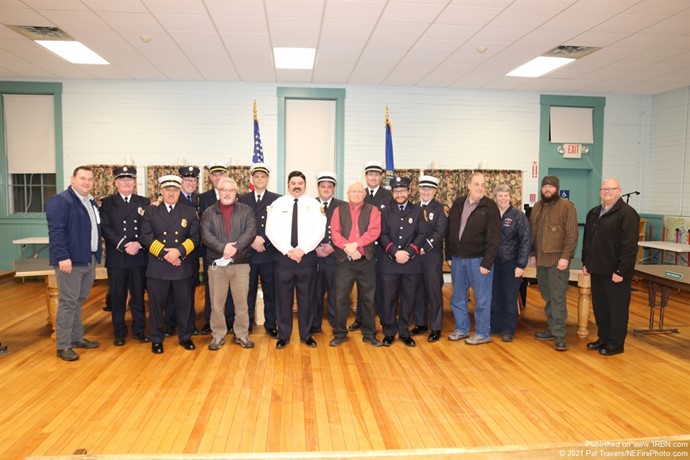 Photo by Pat Travers/NEFirePhoto.comMembers from area fire department's came to witness the swearing-in of Chief Bonan.

HOLDERNESS, NH - On the evening of Monday, December 20, 2021 the Holderness Board of Selectmen held a swearing-in ceremony for the incoming Fire Chief, Jeremy Bonan, at the Town Hall. Friends, family and co-workers gathered to watch the brief ceremony held at the beginning of the Selectmen's meeting.

After being sworn-in, Chief Jeremy Bonan had his badge pinned on by his wife, Jill, who is a Plymouth Police Officer. Chief Bonan is taking the place of the retiring Chief Eleanor Mardin, who has held the Chief's position since 2007. Holderness is a call fire department with numerous dedicated firefighters.

A resident of Holderness, Chief Jeremy Bonan began his firefighting career as a fire explorer for the Guilford Fire Department in 2000. Chief Bonan was a call-firefighter for the towns of Guilford and later Plymouth, while he attended Plymouth State University. After graduating with a degree in business in 2008, Bonan began working as a full-time firefighter for the Plymouth Fire Department. He was later promoted to Captain, which he served as for four years until he was promoted to Deputy Chief, a position he held for two-and-a-half years until taking the Fire Chief's position in Holderness.