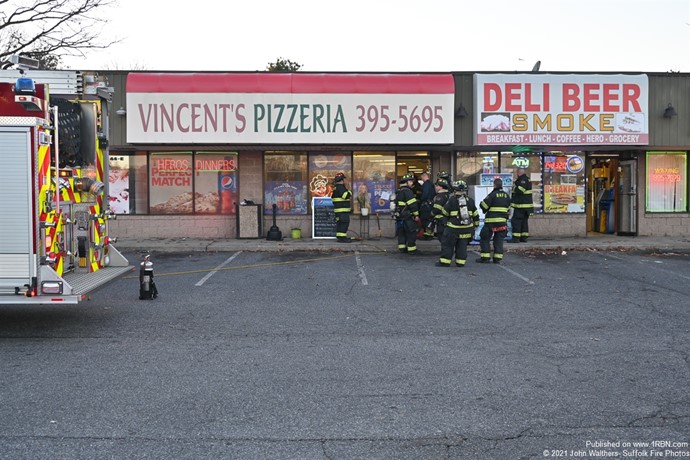 Photo by John Walthers- Suffolk Fire PhotosOn December 12th Firefighters responded to Vincents Pizza in Shirley. They found a locked pizza place filling with smoke. After Forcing entry a burnt pizza was found to be the source. 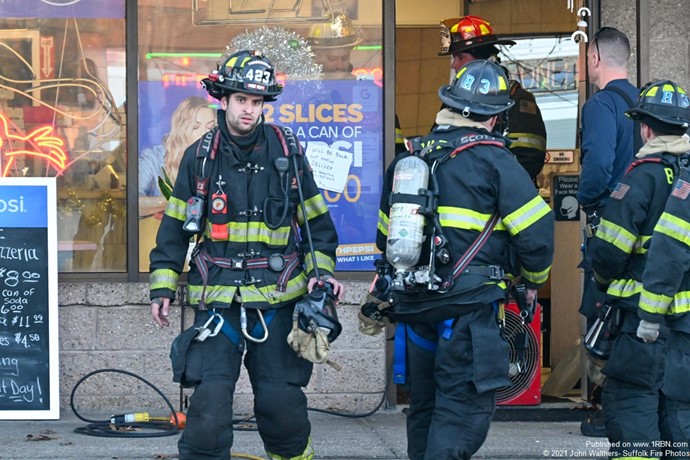 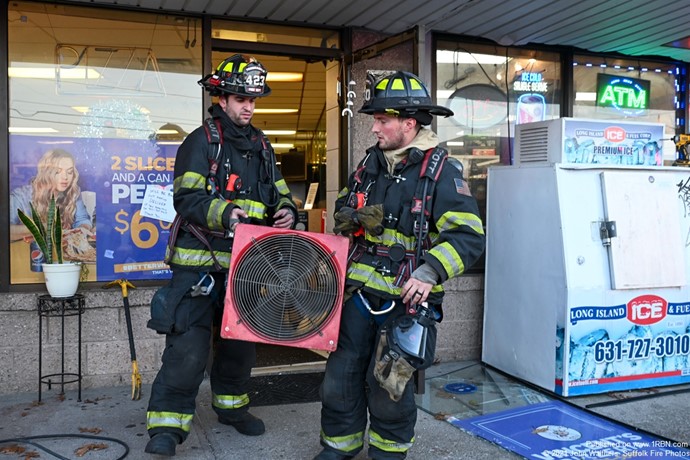 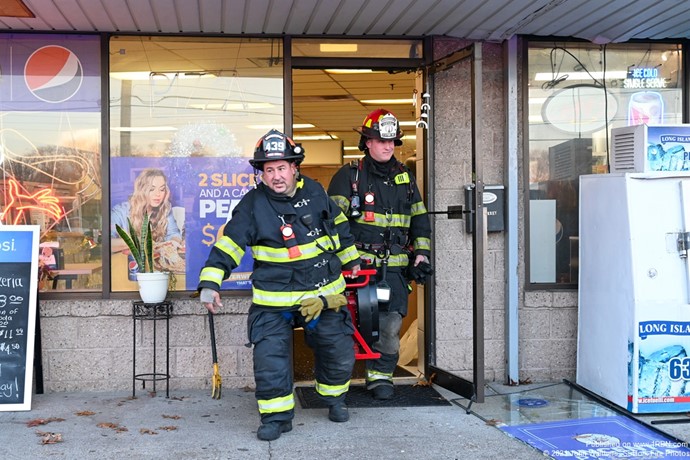 Photo by John Walthers- Suffolk Fire PhotosFirefighters Vinny Deluca and Lt John Hodge remove a 2nd fan from the commercial structure after the burnt pizza was removed from the oven and the building was vented.

Shirley N.Y.- On Saturday December 12th at around 3:40 PM the Suffolk FRES dispatched the Brookhaven Fire Department for a reported commercial structure fire in the strip mall located at 44 Surrey Circle. Suffolk County Police 7th Precinct officers were also dispatched to the scene. The additional details given to responders was that smoke was coming from the building.

Brookhaven FD 2nd Assistant Chief Giuseppe Loiacono responded to the call. Engines 5-3-5 and Ladder 5-3-1 were also dispatched to the scene along with fire police units. On arrival Chief Loiacono as well as a responding SCPD officer found smoke inside of Vincent’s Pizza. Loiacono and the officer immediately noticed that the door to the pizza place was locked. He radioed to Fire-Com asking for them to contact a rep and SCPD also attempted to call a number on a sign on the door. Due to being unable to reach the owner or gain entry the fire department was left with no choice but to force entry into the structure.

Upon entry the chief quickly began to investigate to find the source of the smoke and also radioed to his units he was going to need fans . The source was quickly located in the oven. It appears that a pizza was left in the oven while the owner went to make a delivery and had burnt to a crisp and filled the store with smoke. Firefighters vented the building with fans to alleviate the smoke condition. The adjoining stores did not sustain any damage in the incident. All units were placed back in service in under 45 minutes.