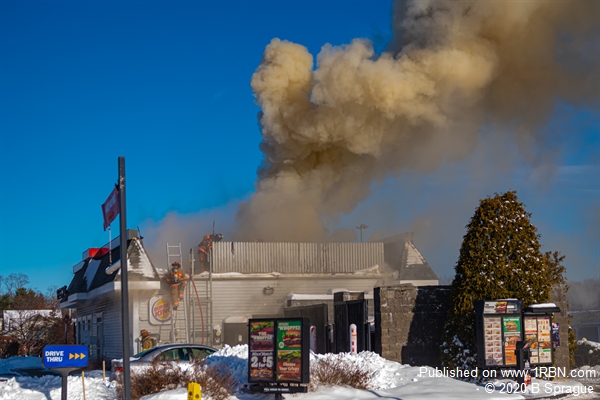 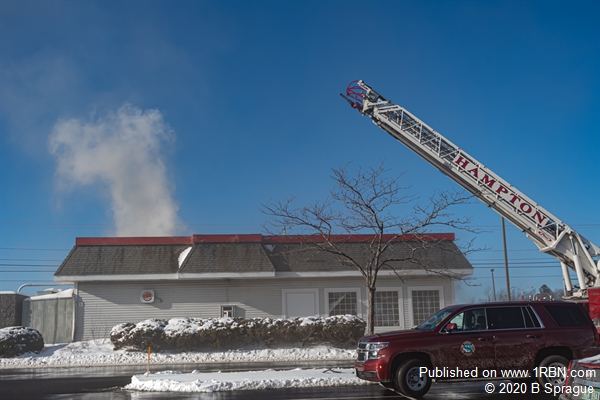 Photo by B SpragueHampton ladder going to the roof

Stratham, NH - Around 12:30 P.M. on December 18, 2020, Rockingham County Dispatch started getting calls for heavy smoke and fire coming from the roof area at Burger King on Portsmouth Ave. Stratham Fire was started, and due to the call a first-alarm was called for while en-route. First on scene fire units reported heavy smoke from the roof area and requested a working fire, bringing in firefighters from several towns to assist at the fire or cover empty stations. Employees were able to quickly evacuate the building. Chief Crow reported that the fire was in the kitchen area between the ceiling and the roof. Firefighters were able to make a quick knock of the fire, but were tied up checking for any extension. At this time the cause of the fire is unknown. There were no reported injuries.