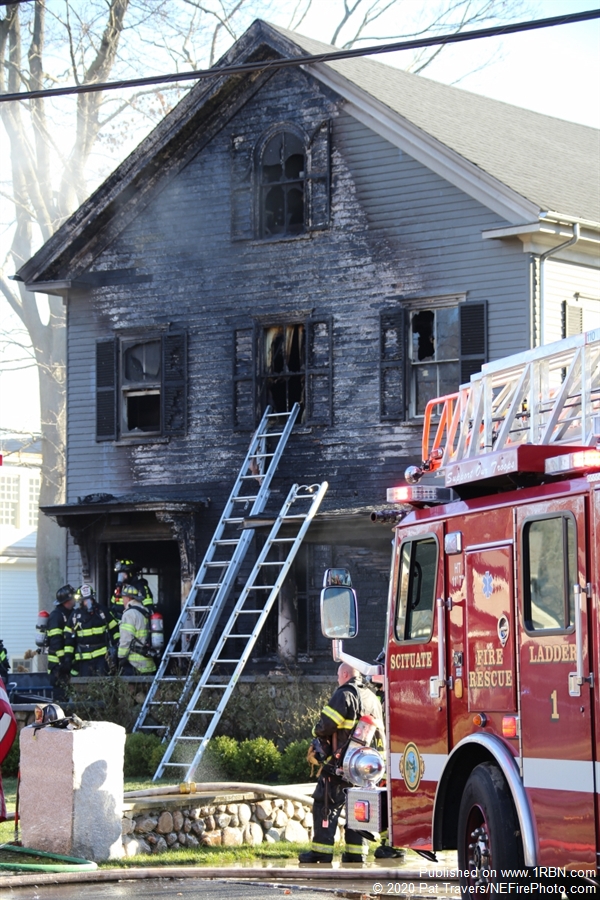 Photo by Pat Travers/NEFirePhoto.comCharring can be seen on the front of the large single-family home. 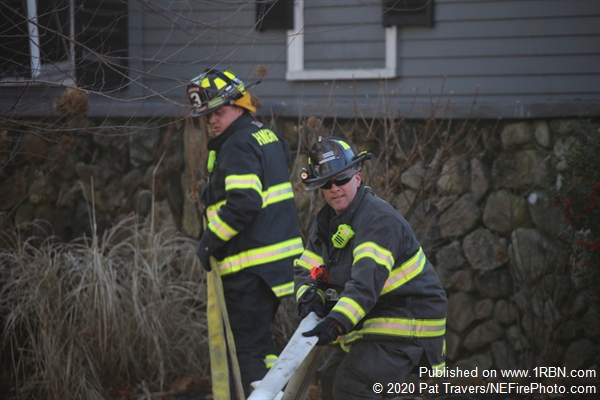 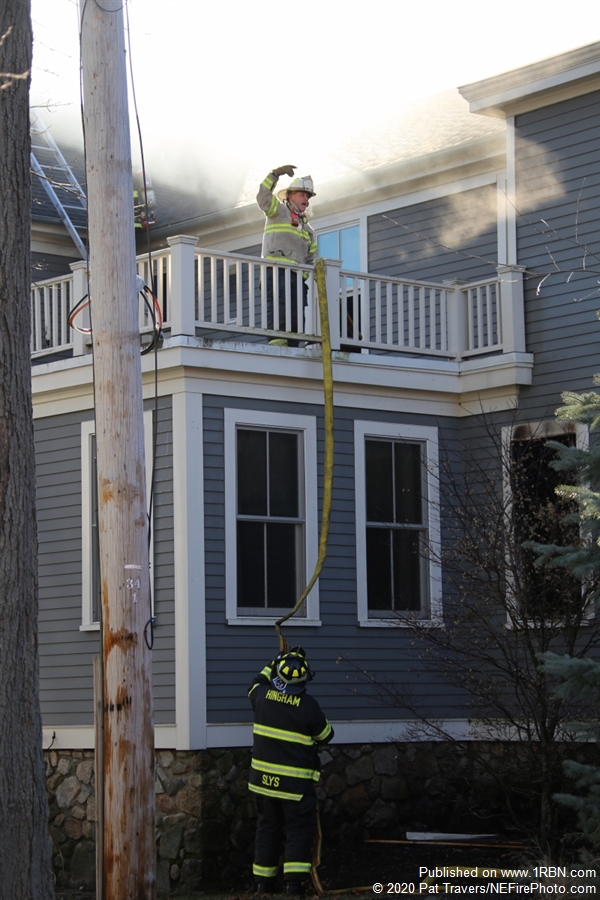 Photo by Pat Travers/NEFirePhoto.comAn officer on a second floor porch calls for water. 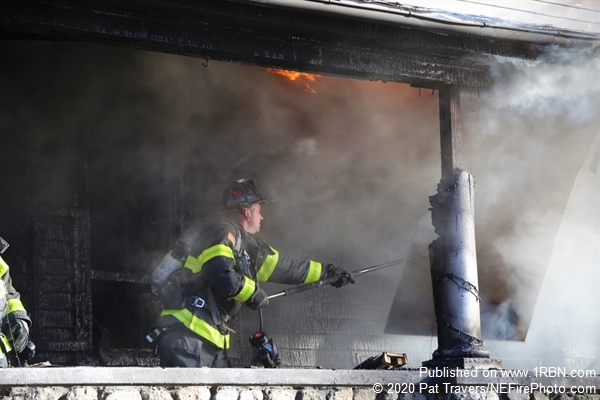 Photo by Pat Travers/NEFirePhoto.comA Braintree firefighter pulls down a ceiling on the wrap-around porch, exposing some hidden fire. 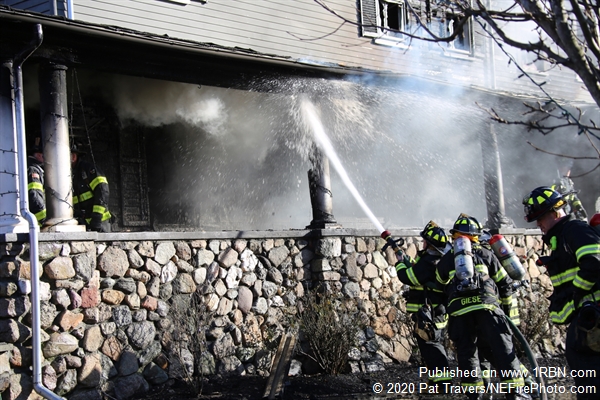 Photo by Pat Travers/NEFirePhoto.comFirefighters from Hingham knocking down some fire on the outside porch. 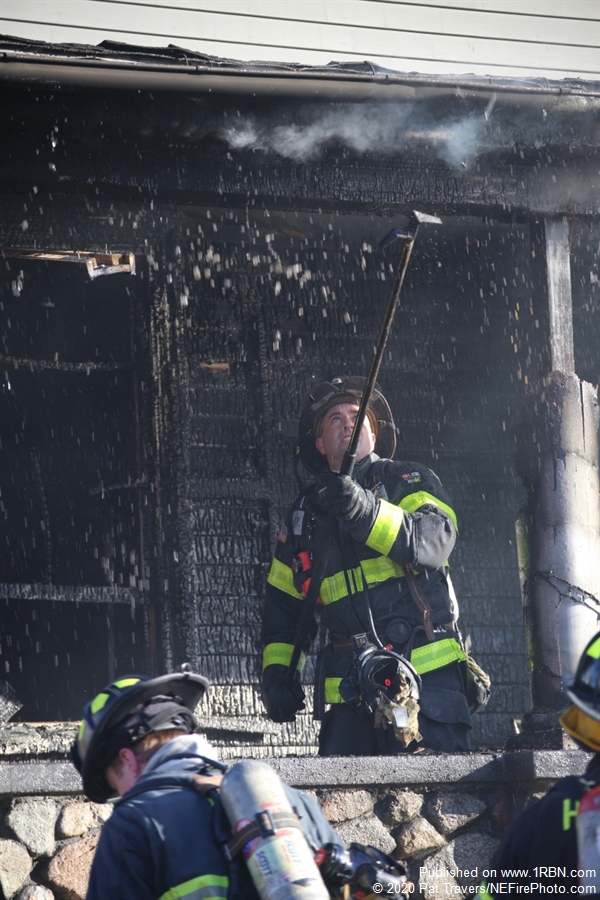 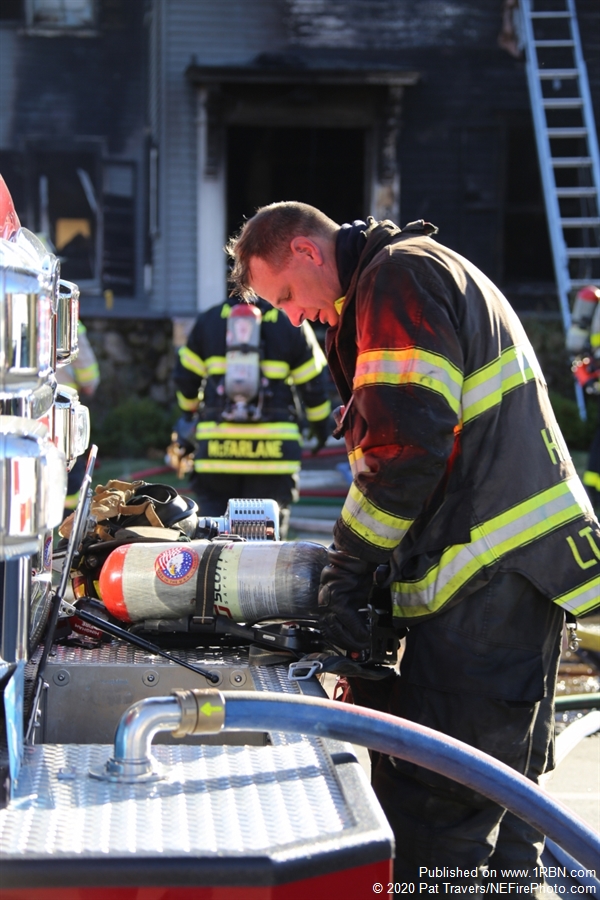 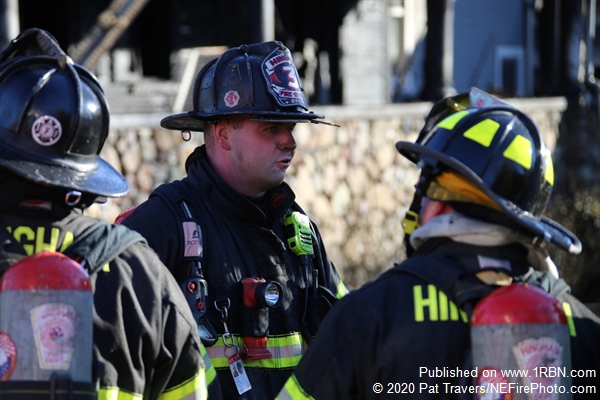 Hingham, MA - Around 1:00 P.M. on the afternoon of Tuesday, December 15, 2020, the Hingham Fire Department responded to a reported house fire at 392 Main Street. When companies arrived, they encountered heavy fire showing from the three-story wood-framed single-family house. A working fire was ordered and first due companies made an aggressive push through the front door while heavy fire poured out of the front of the home.

Shortly after the working fire, a second-alarm was requested. Firefighters worked quickly and aggressively to knock down the heavy fire which was rapidly spreading through the old home. Multiple hand lines were placed into operation, both on the interior and the exterior of the building. A third-alarm was struck approximately 30-minutes into the fire on Route-228.

Mutual aid companies from Braintree, Hull, Norwell, Rockland, and Weymouth all worked on the scene. The Massachusetts Department of Fire Services sent their rehab to the scene, along with the Boston Spark Association rehab unit. The Red Cross was on-scene assisting residents, as well as firefighters.

While no injuries were reported, the family of five was left homeless following the blaze. The reportedly recently renovated house, which was built in 1861, was worth an estimated $2.6 million. Initial causes of the blaze is believed to be from a space heater.