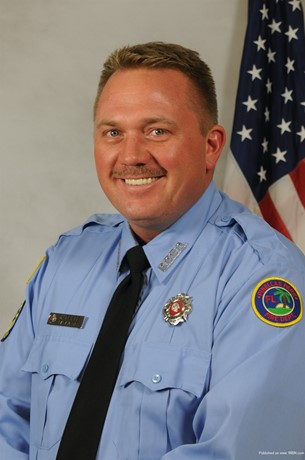 Pinellas Park, FL - Please join us wishing a happy retirement to Firefighter/EMT Joel Priebe. Joel began his career with Pinellas Park in 1994 and is a certified Truck Operator, Squad Operator and Engine Operator. He was a member of the Pinellas County Technical Rescue Team from 1995 to 2007, and became a member of the Pinellas County Hazardous Materials Response Team in 2008.

Joel became an advisor for the Pinellas Park Fire Explorers Post in 2004; helped coordinate the annual City of Pinellas Park Holiday Festival hayride visit to Fire Station 34, and participated in the fire department’s annual holiday toy drives. In 2009, Joel was named the Pinellas Park Fire Department’s Employee of the Year and in 2010, he and fellow firefighters Chris Connolly and Rob Day received the 2010 All Star Team award from St. Petersburg General Hospital.

Congratulations on a great 27-year career with PPFD and we wish you all the best in retirement!