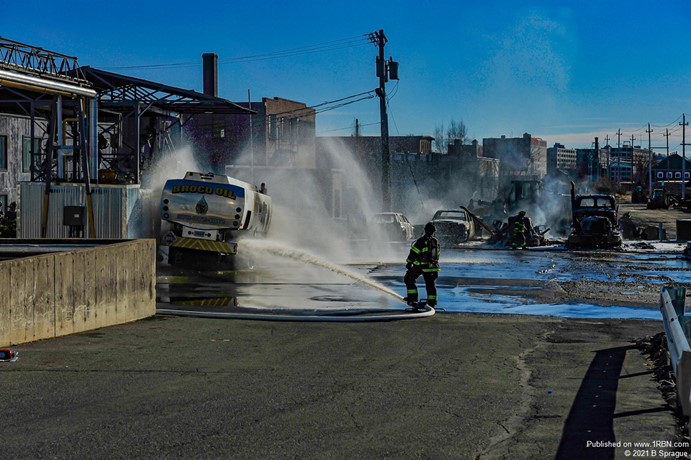 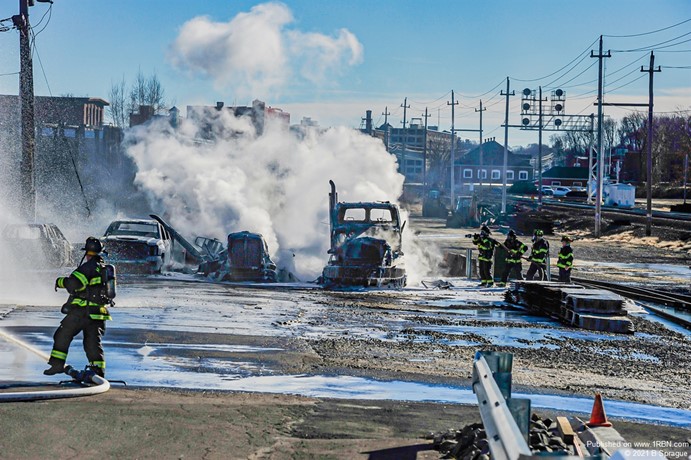 Photo by B SpragueFirefighters overhauling the remains of the car fires

HAVERHILL, MA - Around lunch time on December 14, 2021, Haverhill Firefighters were dispatched to Hale Street for a reported oil truck on fire at the Broco Energy plant. As soon as the firefighters left the station they could see a large column of black smoke. Companies quickly arrived on scene and found an oil truck on fire at the filling platform, with fuel running towards other autos. Due to the heavy fire and exposure problems, C-2 Deputy called for a second-alarm and had fire alarm contact the railroad to stop all trains from going by while firefighters were on the tracks. The fire was brought under control in one hour and no injuries were reported. Several autos were destroyed due to flowing fuel.