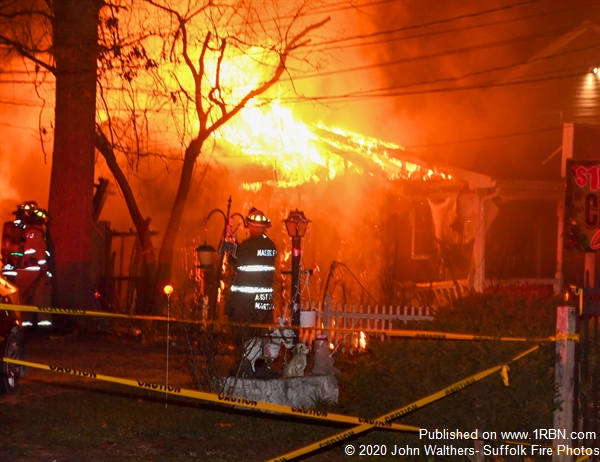 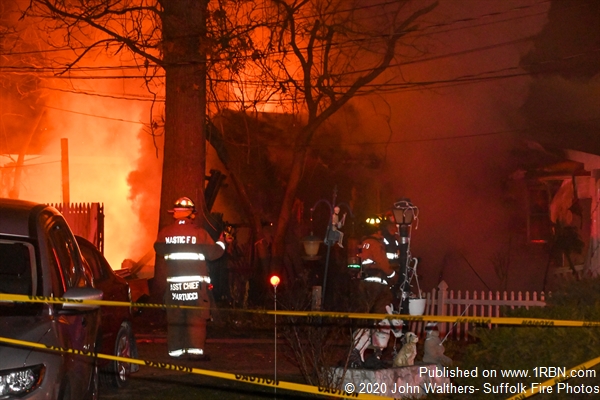 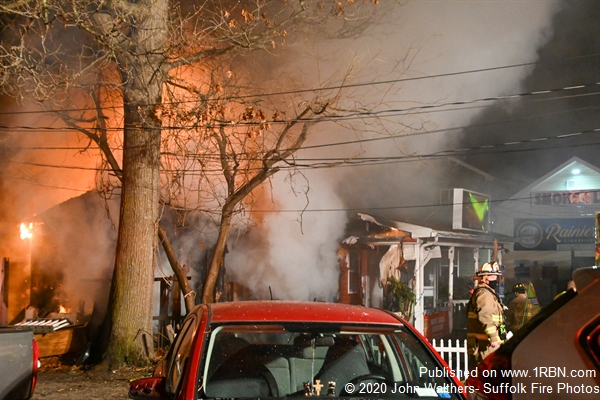 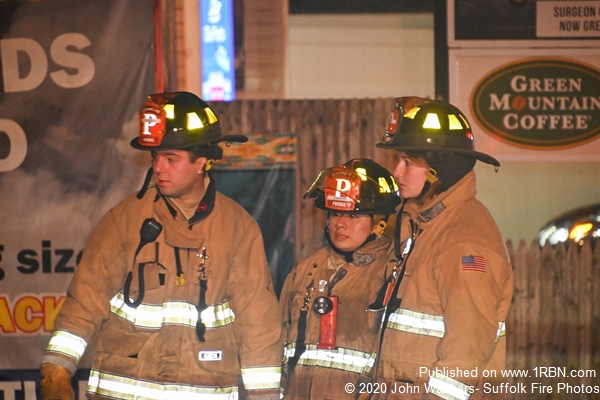 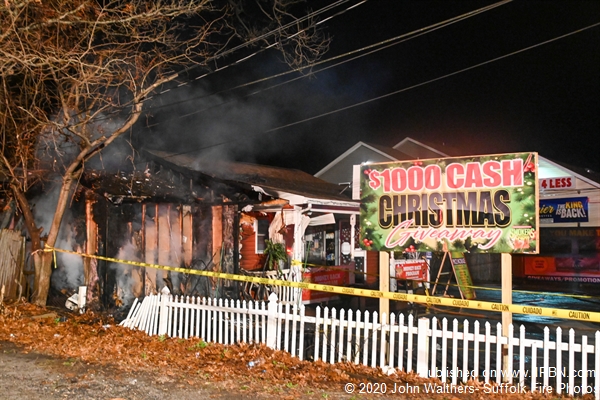 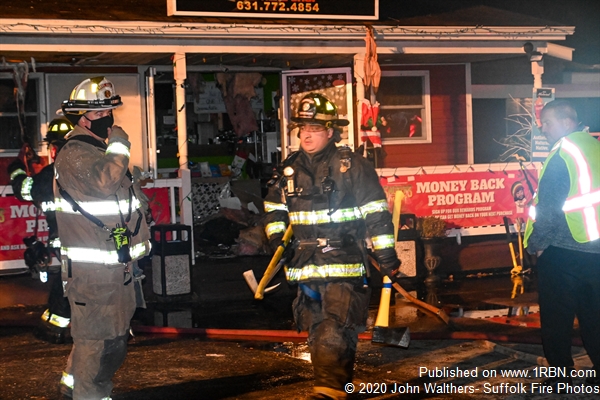 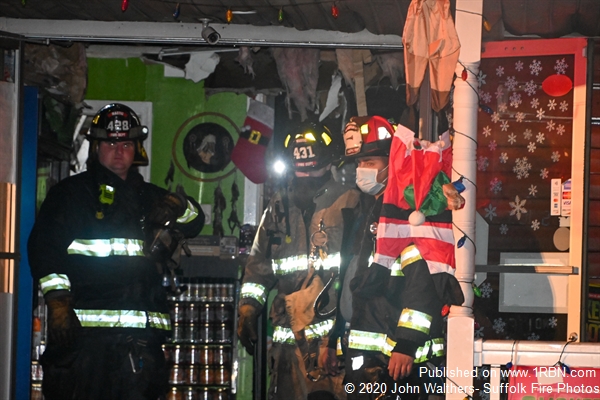 Photo by John Walthers- Suffolk Fire PhotosMastic Firefighters check the inside of the Smoke Shop after the fire was put out. 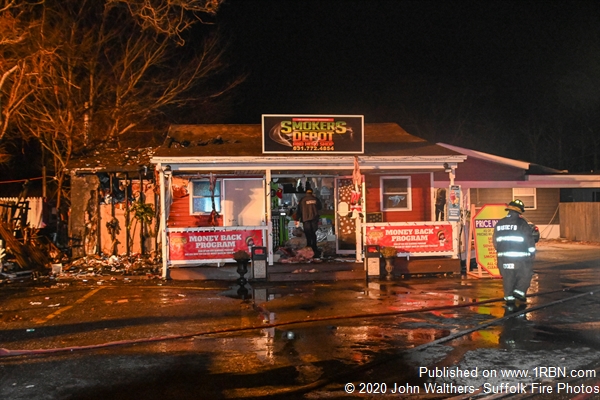 Mastic N.Y.- On Monday December 14th at about 4:35AM the Suffolk County Fire Rescue and Emergency Services {FRES} activated Mastic Fire Department and Mastic Ambulance to a report of a commercial structure fire across from 174 Poospatuck Ln in the Poospatuck Indian Reservation. Assistant Chief Gene Martucci [5-12-31} was first enroute to the scene.

Upon notification to FRES he was responding the dispatcher advised Chief Martucci that they had received 2 calls for a fire in the area across from 174 Poospatuck and it was reported to be a smoke shop on fire. Captain Steve Januskiewicz [5-12-50] advised Martucci over highband he was going to headquarters to pick up an engine at which time the chief gave him the info that FRES advised and that it was going to most likely be a working fire, so he needed the engine on the road as quick as possible. 2nd LT Rudy Sundermann also advised he was going to HQ along with multiple firefighters.

Chief Martucci advised on arrival he had a confirmed working fire. He also advised incoming units to use caution due to a downed powerline in front of the fire building. Engine 5-12-3 was first on the road and reported into the reservation dropping the supply line at the hydrant as they approached the fire building. 5-12-2 arrived shortly after 3 and both crews linked up and stretched multiple hand lines while FRES was activating the mutual aid departments.
Mastic Beach, Brookhaven And Center Moriches were all called to the scene and Ridge and Manorville FD were quested for stand by crews at Mastic’s HQ. Firefighters made an aggressive attack on the fire which was being fueled by the combustables inside of the smoke shop. Firefighters had to do extensive overhaul inside the building to ensure all pockets of fire were out.

The business was closed at the time of the fire. No injuries were reported to any Civilians or Firefighters. PSEG was called to cut the power and remove the downed power line. Mastic, Shirley and Mastic Beach EMS worked together to set up firefighter rehab. Fire and EMS personnel were on scene for about 2 hours before turning the scene over to the town fire marshal’s office and Suffolk County PD Arson investigators.