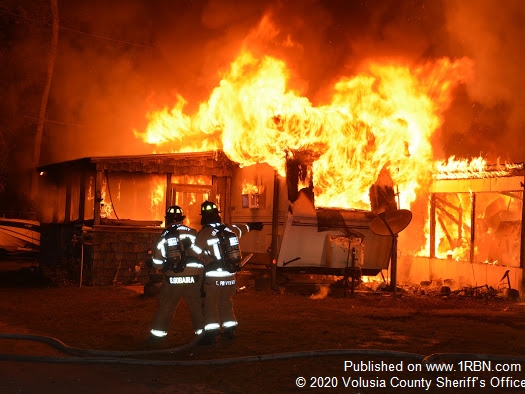 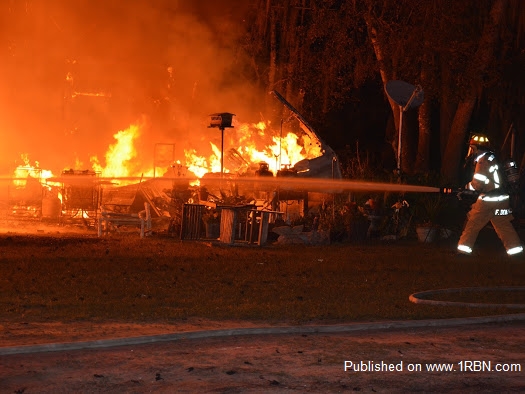 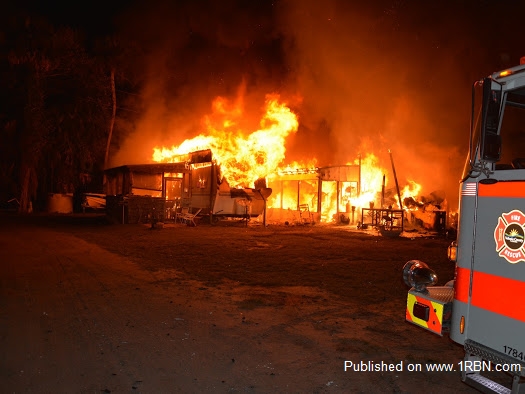 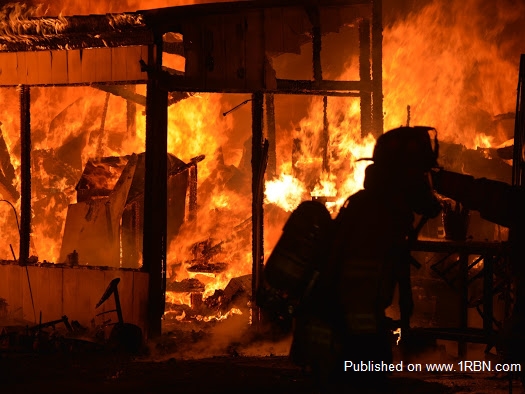 Seville, FL - Volusia County Fire Rescue's Station 44 was first due to a structure fire in Seville on December 14th. The fire started in one mobile home and spread to two others in a remote area.

Since the fire was located in a marina and close to boat slips, the engine was able to easily draft from Lake George. Foam was also used for the attack and overhaul. One patient was transported for smoke inhalation.

The three mobile homes were a total loss, but further exposures were protected with minimal damage. In addition, there were multiple damaged propane tanks recovered and secured.