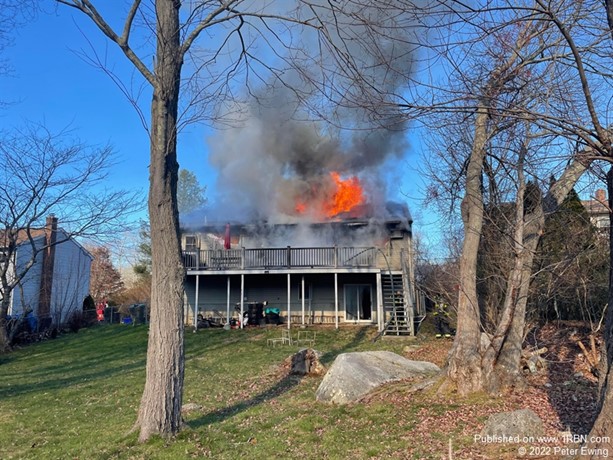 Photo by Peter EwingCrews mounted their attack from the rear and then pushed inside. 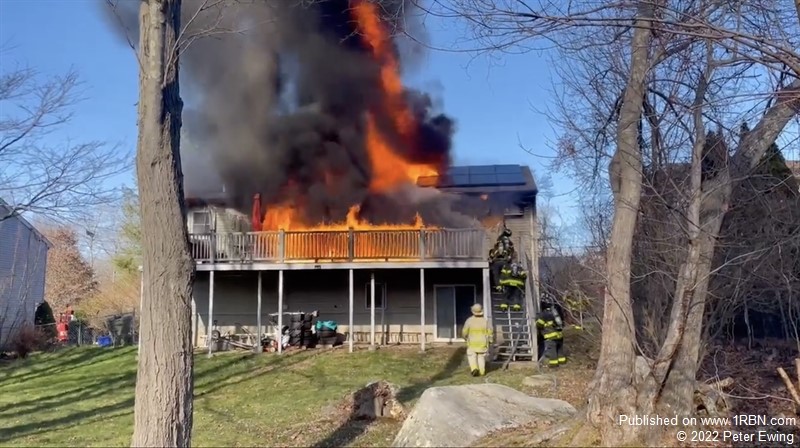 Photo by Peter EwingCrews arrived to heavy fire from the rear.

NEW LONDON, CT - At 11:32 A.M. on Friday, December 9th, the New London Fire Department was dispatched to 238 Thames Street for a structure fire. Dispatch said they were taking multiple calls, so the working fire assignment was filled out.

Engine 1 and A-1 arrived at 11:36 A.M., reporting a well involved second story of a two-story wood-frame residential and transmitted the second-alarm. Engine 1 stretched a one-and-three-quarter inch hose line and began knocking heavy fire from the rear porch. Engine 3 laid in from the hydrant to establish the water supply. Crews also took a line through the front door and found heavy fire in the attic. At 11:46 A.M., command said he was evacuating the building and crews were going defensive. Truck 2 set up in the front and put their bucket to work.

The Sub Base and Poquonnock Bridge Fire Departments provided the FASTs. Groton Ambulance 304, Waterford Ambulance 601 and the Canteen also responded to the scene. One firefighter was transported to the hospital with a burn injury, and another was transported after being struck by some falling debris. Both have been released are doing better.