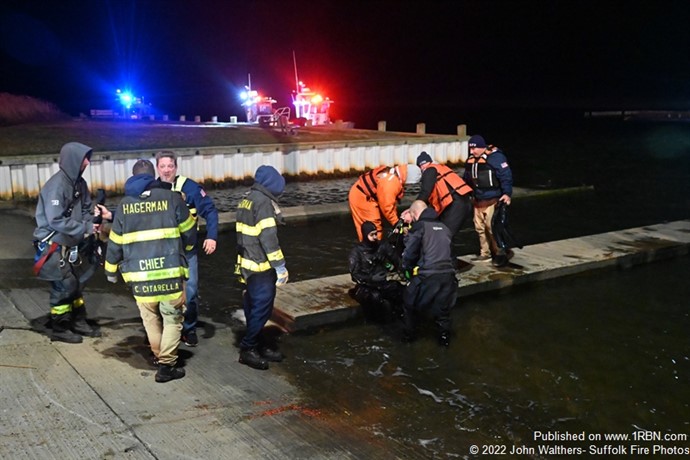 Photo by John Walthers- Suffolk Fire PhotosFD divers are removed from the water after operating at a water rescue at Smith Point Marina. 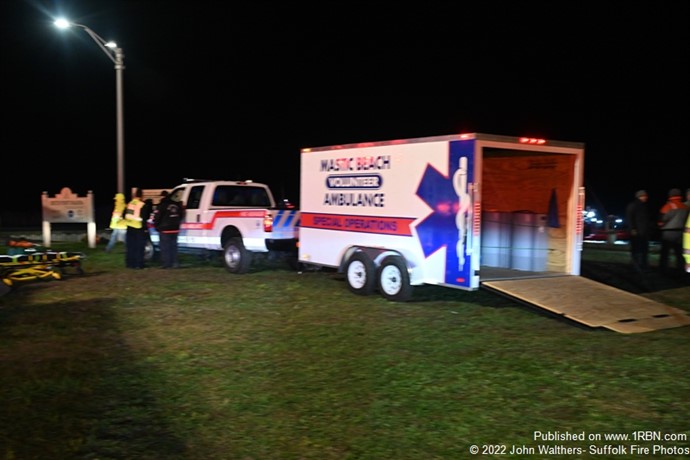 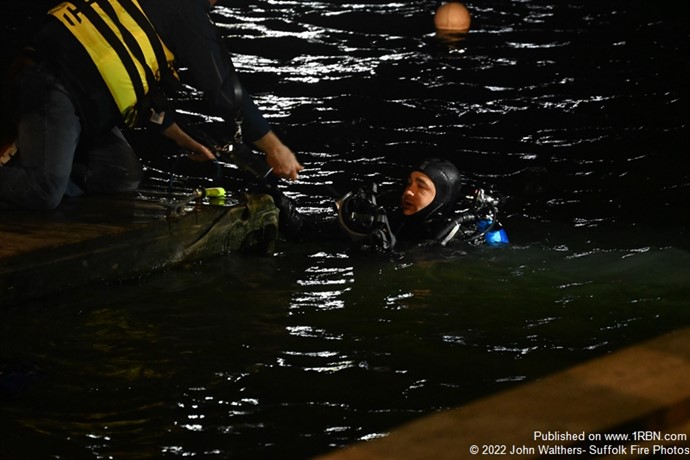 Photo by John Walthers- Suffolk Fire PhotosA diver in the water at a water rescue. 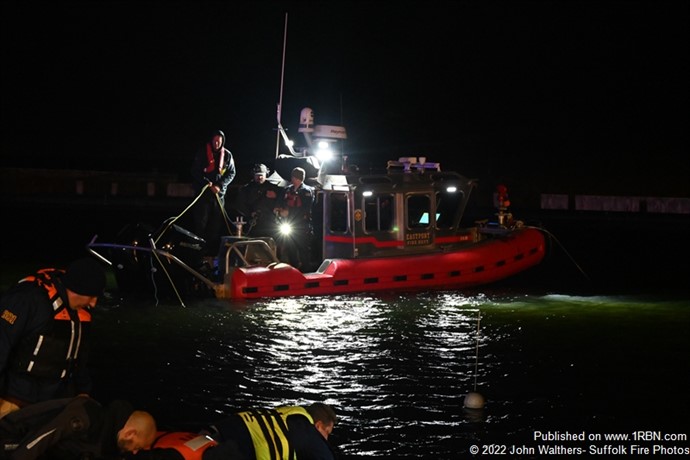 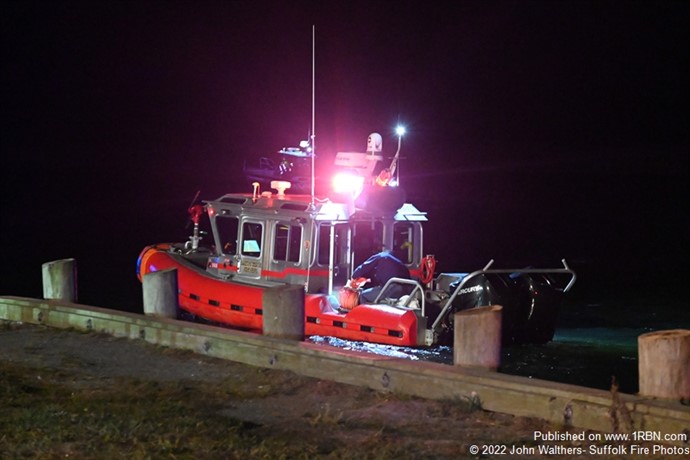 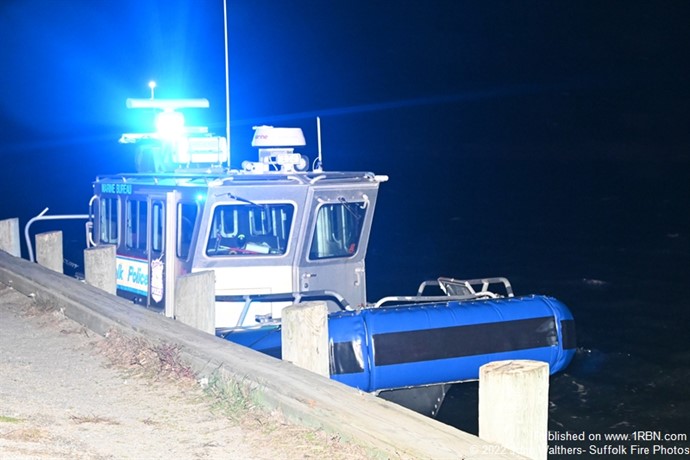 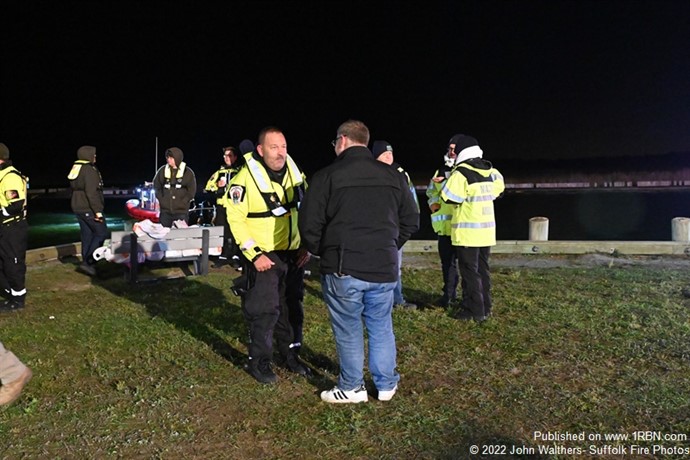 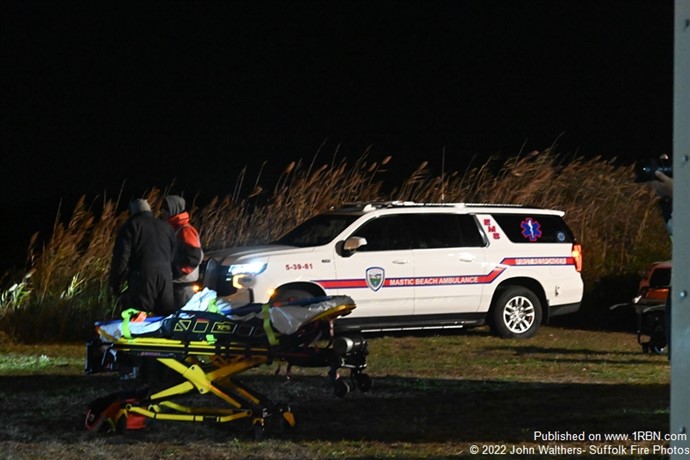 Photo by John Walthers- Suffolk Fire PhotosMastic Beach EMS Responder staged at the scene as per the incident commanders request.

MASTIC BEACH, NY - On the afternoon of November 18th, the Mastic Beach Fire Department was activated for a water rescue in the area of the Smith Point Marina.

Upon activation, Fire-Com advised that the caller stated that a person had fallen into the water. Due to the nature of the call, the Moriches inlet area Maritime Rescue Preplan was activated, which is designed to bring in additional resources from Mastic, Center Moriches, East Moriches and Eastport Fire Departments. Hagerman Fire Department was also requested. EMS resources from Mastic Beach, Shirley, Mastic and more were brought in. Suffolk Police and the US Coast Guard were also notified of the incident and a unified command post was established at the marina by Suffolk Fire Rescue and Mastic Beach FD members.

A large scale search effort was launched, and the US Coast Guard brought in boats and a helicopter to search the bay for the person that went missing who was reported to have been working at or nearby the marina. Police boats and a police helicopter were also requested into the scene to assist the fire department, coast guard boats and aircraft in the search. Fire department divers were placed into the water to search below the surface in case the man was wearing anything that could weigh him down, such as waders or heavy boots.

Throughout search efforts, firefighters were rotated in and out of the water and EMS members were on scene to check the diver’s vitals, as well as make sure they did not suffer hypothermia or any other cold exposure issues due to the water temperature. A team from Suffolk Fire Rescue launched a drone with camera to assist in searching for heat signatures or any sign of a person in the area. The US Coast Guard and Suffolk police continued flyovers and Coast Guard vessels continued searching into the next morning, however, despite all efforts the person would not be found before the search was suspended.

Two weeks later on the morning of November 30th, the body of the man, who was a worker for H&L Contracting of Hauppague, NY, was located after police received a call advising that a person was found unresponsive near the East Concourse. It was determined that the person, who was confirmed deceased, was positively identified as the man who had gone missing on November 18th.