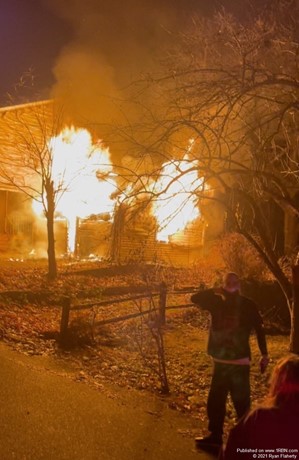 Photo by Ryan FlahertyThe garage was fully involved upon the arrival of initial companies. 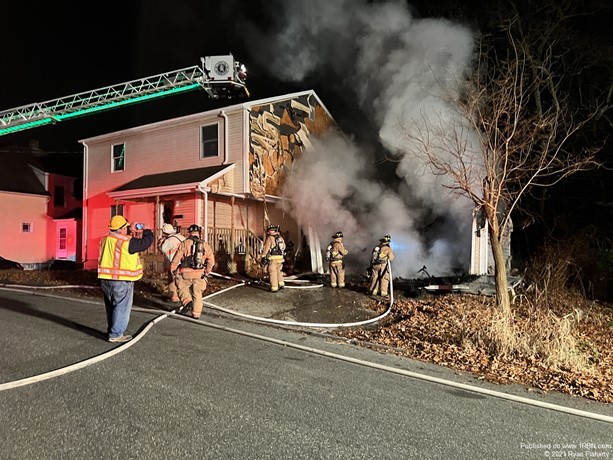 Photo by Ryan FlahertyCrews operating a line on the exposure and one on the garage. 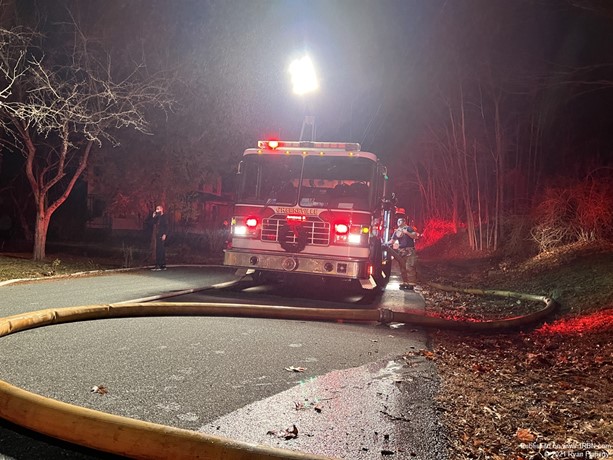 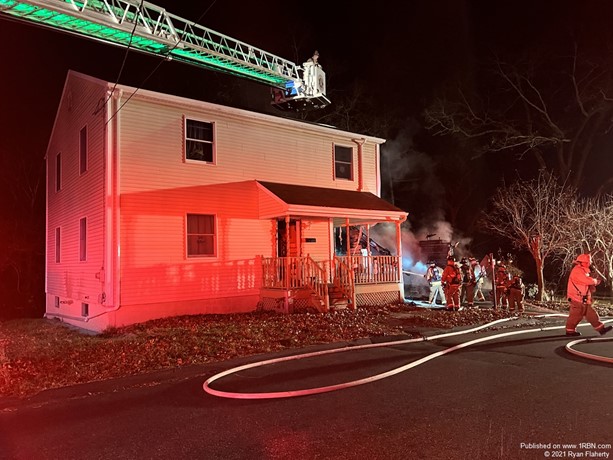 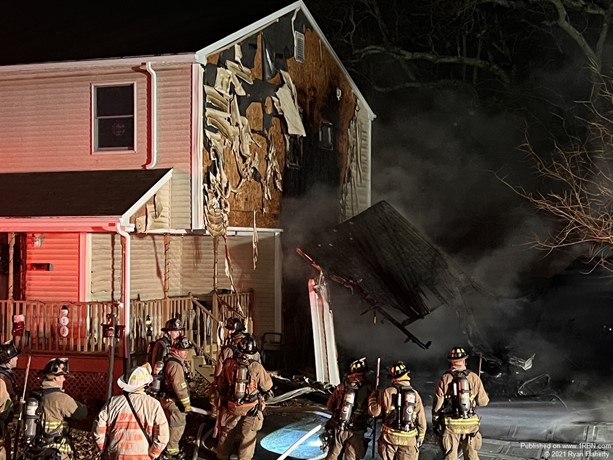 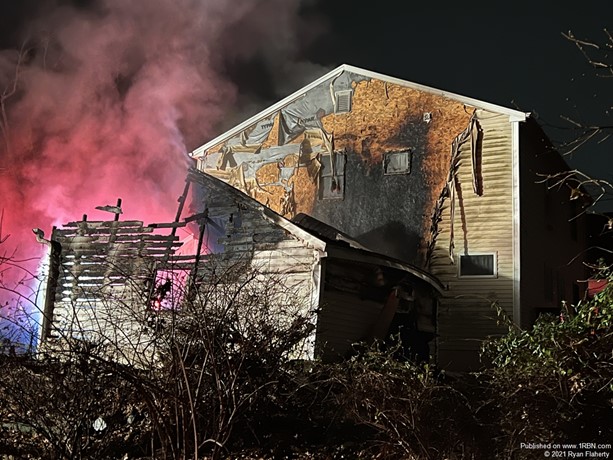 Photo by Ryan FlahertyLuckily the fire did not extend to the interior.

NORWICH, CT - At 4:59 A.M. on December 11th, the Norwich FD was dispatched to 74 Orchard Street for a garage fire. Dispatch told the Battalion they were taking multiple calls, so he transmitted the working fire and put the second-alarm into staging.

Engine 2 and the Battalion arrived at 5:03 A.M. with a detached single-story, two-bay garage that was well involved and spreading to the exterior of the home about four-feet away.
Engine 2 quickly positioned a hose line between the house and garage, which kept the damage to the exterior of the residence. Squad A helped Engine 2 establish a water supply and then stretched a second hose line to the front of the garage. Engine 3 and Truck 1 checked for extension into the home and then performed overhaul.

The Mohegan Tribal FD provided the FAST while Taftville, Yantic and East Great Plain covered the city. There were no injuries, and the Norwich Fire Marshal's Office is investigating.